Beginnings in Endings: Mary Did You Know?

Mary's simple life was about to come to a dramatic end! 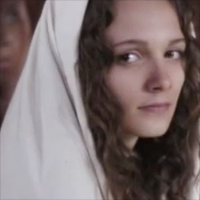 by Phil Ware (12/23/2012) | Two Minute Meditations
Mary's simple life ended when she said, "Yes!" to God. But most of God's great beginnings are in endings. And this was true of Mary... and Joseph.

Mary was a simple girl in her early teens — not simple in mind or character, but simple in the sense of uncomplicated. Mary came from Nazareth, a simple little town in the hill country of Galilee. She had been born to simple parents.

While Mary may have had a few unrealistic dreams as a little girl growing up, by the time she turned twelve, she knew to hope for simple, but important, things. Hopefully her parents would find her a simple man — good hearted and kind, who could earn a living with his hands and could provide for her and her children. If she was truly blessed, this man would love her, and most of all, love God. With God's grace, they would have children who would love them and learn from them. They would honor the LORD and their parents and grandparents and their way of life.

When her marriage was arranged and Mary was betrothed,*1 her parents had found a simple and good man. His name was Joseph, a righteous carpenter who was raised to love the LORD and honor family and keep Torah.

Then everything changed. Everything that was once simple became very complicated and risky and dangerous.

When Mary said yes to God, to this wild and scandalous plan of God for her to miraculously conceive a child as a virgin through the work of the Holy Spirit, Mary knew all things simple in her life would come to a crashing end. And they did!

This is how the birth of Jesus Christ came about: His mother Mary was pledged to be married to Joseph, but before they came together, she was found to be with child through the Holy Spirit. Because Joseph her husband was a righteous man and did not want to expose her to public disgrace, he had in mind to divorce her quietly (Matthew 1:18-19 NIV).

Mary did you know?*2

No, of course Mary did not know... she could not know... but God would unfold it to her through the life of her son, because Mary couldn't begin to imagine all that she would face as the mother of the Jesus, the Christ, the Son of God.

Yet while Mary could not know all that she would experience, she did know a few simple things.

She knew that in her small little village, tongues would wag, rumors about her would spread, her name would be mud, her child would be whispered about, and her godly, simple, hardworking husband to be, Joseph, might actually break off their betrothal. And if Joseph chose to remain, Mary knew that he would bear the stigma and wear the shame of being abba to a boy he did not father.

Mary certainly knew that she could be alone to face a life that would never be simple again.

At the glorious moment that Mary accepted the Lord's invitation to carry the Messiah in her young body, her simple life and simple dreams and simple answers all ended. Life and love became incredibly complicated and risky and uncertain.

Mary had no simple answers, no simple explanations, no simple reasons to give to those she loved most and cared about most deeply. Inside her body grew the Savior of the world, yet what that meant and how he came to be there, were more than a mystery or a miracle, it was a challenge of faith and trust. For Joseph, a visit from the Angel of the Lord was necessary.

But after he had considered this, an angel of the Lord appeared to him in a dream and said, "Joseph son of David, do not be afraid to take Mary home as your wife, because what is conceived in her is from the Holy Spirit. She will give birth to a son, and you are to give him the name Jesus, because he will save his people from their sins." … When Joseph woke up, he did what the angel of the Lord had commanded him and took Mary home as his wife. But he had no union with her until she gave birth to a son. And he gave him the name Jesus (Matthew 1:20-25).

While our deliverance was beginning, Mary's life as a simple girl ended... forever. And she stepped off into the dark unknown because she loved God. And whether she knew it or not, Mary's step of faith into the great unknown opened the door for our deliverance.

While God's plan to redeem us was growing in the womb of Mary, Joseph's simple life as a carpenter from Nazareth came to a crashing halt. And he stepped out into the unknown, trusting God and trusting Mary, because he loved God more than his reputation and career and his place in the small community of Nazareth.

Like so many things in life, both good and bad, there is no beginning without an ending. And through the eyes of faith, we come to know that life's best beginnings come from difficult endings.

So much in our lives is filled with uncertainty. So often, what we fear most, are the endings of things — the close of what we know and our step into the great unknown. Yet for us to be able to celebrate the birth of Jesus, there had to be an ending... a difficult, scary, and risky ending to the simple life, the only life, that Mary and Joseph knew or could even anticipate.

So in many ways, Mary is not just the mother of our Lord, she is the reminder that God's greatest gifts for those who love him and know him are found in new beginnings that are preceded by difficult, scary, and risky endings.

So in many ways, Joseph's choice to play father to the Son of God, Immanuel, is a reminder of the risk of faith that we all must take as a step into the unknown of living for God.

So no matter where we are and what ending we are facing, let's remember the rest of this story, Mary and Joseph's story, and be reminded: God's greatest beginnings for us start with the ending of what we know and find comfortable.

Mary's simple life ended when she said, "Yes!" to God. But most of God's great beginnings are in endings.
Today, Mary and Joseph come and speak to us, and challenge us, to accept the call of God in our life.

We must not put it off. We must not think we are too young or too old. We don't want to end life full of regret knowing that we wasted so much time we could have used to make a difference that really mattered.

Mary and Joseph risked all of their dreams on the complicated reality of God's will for them... on his promises for them... on his work in their lives... on something big they really couldn't begin to imagine or fully understand. But "such extraordinary risk is the expectation, not the exception, for any disciple of Jesus."*3

So they took that risk, bore that rejection and scandal, because deep in their hearts they heard the call of God and followed regardless of the cost. And in the end, their choice made a difference — not just to their simple family and their simple village in their simple time, but a difference for billions of people they could have never anticipated or known.

So why not let this Christmas be your decision point... your moment of risk... your call to decision... to obey God's call and to let Jesus into your life?

The true light that gives light to every man was coming into the world. He was in the world, and though the world was made through him, the world did not recognize him. He came to that which was his own, but his own did not receive him. Yet to all who received him, to those who believed in his name, he gave the right to become children of God — children born not of natural descent, nor of human decision or a husband's will, but born of God (John 1:9-13).

*1 Some translations talk about Joseph and Mary being engaged, but that connotes something much different in today's world. For them, betrothal was a legal pledge to marry and to abstain from any sexual relations with anyone, including each other. To break this betrothal was to break covenant with God and with your family and with your betrothed. It was shameful and brought disgrace and shame on everyone, especially your betrothed.

*2 A clear reference here to not only what Mary could have known about her child from her encounter with the angel, but also I hope you hear clear echoes to the beautiful and thoughtful song, "Mary Did You Know" by Mark Lowry and Buddy Green. If you could not see the beautiful video Mary Did You Know" in the text above, you can see it by following this link.

"Beginnings in Endings: Mary Did You Know?" by Phil Ware is licensed under a Creative Commons License. Heartlight encourages you to share this material with others in church bulletins, personal emails, and other non-commercial uses. Please see our Usage Guidelines for more information.