Getting Clear about Holiness

It's a whole lot more than a list of don'ts! 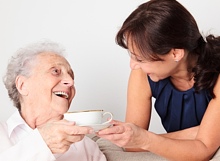 by Rubel Shelly (09/21/2012) | Leading in Hope
The human vocabulary shapes the human race. The words we choose and the meanings we assign to them become our frame of reference. They build the world we inhabit, and they either empower or limit us for how we live there. The same thing is certainly true of the vocabulary of Christ's followers.

A very practical application of this fact can be seen in the common use of the term "holy." For one thing, I suspect it is a term Christians use more often than non-Christians. My fear is that we use it too narrowly and thus improperly.

Most of us have been told that the word "holy" means sanctified (not very helpful!) or set apart for God (better). Thus we have been tempted to think in terms of the family china that is "set apart" for special occasions and can't be set out every single day for just anybody who happens along. And the most specific lifestyle examples of holiness tend to focus on moralistic issues – keeping oneself "separated" from the dark and dirty things of life.

While I don't want to deny the element of truth found in that explanation, I do want to claim that represents a narrow and misleading view of holiness.

When Scripture repeatedly cites God's command to "Be holy because I am holy," we should not think so much of being set apart and kept for special events as we should have visions of engagement, active involvement with life, and connections with people that make their lives better and happier — set apart to do a special life-mission for God. In other words, I am trying to learn to think of holiness as something active rather than passive, not as a moralistic withdrawal from the world but as redemptive involvement with it.

Jesus shows the meaning of holiness in his incarnation. Across history, God had been actively engaged in communicating with humans and acting to make the world better. Finally, the divine word was made flesh in Jesus – the Jesus who did not live in a mountain retreat but among people who needed his help.

Jesus shows the meaning of holiness in his incarnation.
Holiness isn't the rigid moralism of a thousand "don'ts" so much as the infinite "do's" that can make life better. Jesus explained, for example, that "Do not commit adultery" actually calls us to build wholesome and holy relationships and "Do not bear false witness" has the intent of calling us to be totally honest. So being holy is less about what scared people avoid than what changed people do.

As a plant worker, student, kindergarten teacher, lawyer, father, neighbor, spouse, or momentary presence in a stranger's life, your call to holiness is a very practical challenge to make others' lives better, fuller, happier, and more aware of God's loving concern for them because you are in their world.

As obedient children, let yourselves be pulled into a way of life shaped by God's life, a life energetic and blazing with holiness (1 Peter 1:15 MSG).

A holiness that positively energizes God should do no less for his people.

"Getting Clear about Holiness" by Rubel Shelly is licensed under a Creative Commons License. Heartlight encourages you to share this material with others in church bulletins, personal emails, and other non-commercial uses. Please see our Usage Guidelines for more information.