So what's the real issue behind this issue? 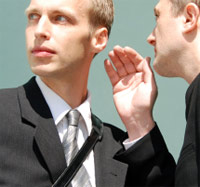 by Rubel Shelly (10/11/2010) | Leading in Hope
It is so easy to confuse issues and get sidetracked. Take the situation with Tyler Clementi as a case in point.

Tyler was the student at Rutgers University who committed suicide recently by jumping from the George Washington Bridge, which spans the river between New Jersey and New York. The preliminary investigation indicates that his tragic act followed an embarrassing broadcast of his actions by two fellow-students.

The two students – one was his roommate – rigged up a secret camera in Tyler's dorm room and streamed a sexual episode online. The webcam episode so devastated him that he is believed to have taken his life on account of it.

Investigations by the university, police officials, and New Jersey prosecutors are in progress. Because the episode was homosexual in nature, pressures are being exerted by gay rights groups for charges of bias — if not hate-crime charges – to be brought against the culprits. But would it have been less malevolent if it had been a husband and wife in their own home?

I'm not an attorney, so I don't have an opinion about what charges should be brought. Legal issues aside, however, gossip has always been a malicious, hateful, and mean-spirited behavior.

Gossip is the spreading of rumors, fault-finding stories, potentially damaging information, or private matters about another person. It often involves the betraying of trust or the attempt to gain advantage over someone.

"Well, this might be thought of as 'gossip' if untrue," he begins his account, "but I know for a fact that ..." Uh, oh! That is a sure tipoff that gossip is about to pour from someone's mouth. The issue with gossip isn't the truth or falsity of what is reported but its likely negative reflection on another human being.

The "truth" that someone's marriage, business, or health has failed is simply gossip when communicated to embarrass or damage that person. The "fact" that John is an alcoholic (or was arrested seven years ago) or that Helen is pregnant (or had an abortion) is gossip when reported for the sake of holding someone hostage or gaining power with the one to whom it is told.

Reporting a crime or protecting an innocent person from harm with negative information one has is ethically distinct from spreading dirt to gain stature with certain people or simply to inflict pain.

Do not let any unwholesome talk come out of your mouths, but only what is helpful for building others up according to their needs ... (Ephesians 4:29 TNIV).

"Don't Get Sidetracked!" by Rubel Shelly is licensed under a Creative Commons License. Heartlight encourages you to share this material with others in church bulletins, personal emails, and other non-commercial uses. Please see our Usage Guidelines for more information.