How can we fail forward? 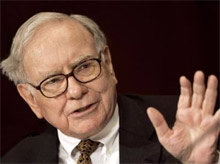 And we know that in all things God works for the good of those who love him, who have been called according to his purpose (Romans 8:28 tniv).

Rejection takes many forms. You didn't make the team. The college you want to attend turns you down. The woman you asked out said no. You didn't get the job. You were passed over for a promotion. Your husband left you.

Whatever form it takes, being rejected hurts. It is a blow to your ego and challenges your ability to cope. It makes you question yourself. It makes you angry. In its most extreme and painful forms, it generates self-destructive thoughts and behaviors — ranging from rage to drinking binges to suicide.

The tricky thing about rejection, though, is not to avoid it but to choose a positive way of reacting to it. After all, everybody suffers rejection. That is not meant to minimize anyone's pain at being let go or turned down; it is simply to say that you aren't alone. Others have lived through similar — or worse — things. The only way to avoid the risk of rejection is to fail to live, dream, or dare! And that is a far worse thing than being courageous enough to apply for the position, to accept a leadership challenge, or to invest your heart and getting turned down.

In a recent interview reported in the Wall Street Journal, Warren Buffett spoke of his rejection by Harvard Business School at 19. "The truth is, everything that has happened in my life ... that I thought was a crushing event at the time, has turned out for the better," he said. With the exception of health problems, he continued, life's setbacks teach "lessons that carry you along. You learn that a temporary defeat is not a permanent one. In the end it can be an opportunity."

It isn't rejection that determines the outcome.
In Buffett's case, a second-choice application to Columbia put him under the tutelage of two professor-mentors who taught him the essentials he has used in a successful investment career. More important still, the disappointment he thought his father would feel over his failure turned into a positive expression of "unconditional love" and "unconditional belief in me."

Rejection is the challenge to find a new way, a better path. Rather than curse the job you didn't get or the person who didn't hire you, rethink your skills and find another venue for their use. Instead of hiding from life because a relationship has ended and your heart is broken, learn something about yourself from what has happened and know there is someone who needs what you have to give. Temporary setbacks become permanent defeats only if you allow it.

It isn't rejection that determines the outcome. It is your reaction to it.

"Rejections and Reactions" by Rubel Shelly is licensed under a Creative Commons License. Heartlight encourages you to share this material with others in church bulletins, personal emails, and other non-commercial uses. Please see our Usage Guidelines for more information.