Lose One and You're Done

What's true about the NCAA Basketball Tourney and life? 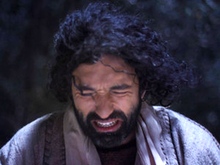 March Madness and the NCAA basketball tournament is now down to its final 8 teams. Just a little over a week-and-a-half ago, there were 64 teams (plus four others that lost the "play in" games) that began the tournament. For smaller universities and lesser basketball schools, just getting to the tournament was a huge accomplishment. For powerhouse schools from major conferences, there is no joy unless they make a "deep run" in the tournament. The greatest fears of one of these powerhouse schools is that they are "one and done"* — they play their first game, lose, and then they are done.

The "one and done" principle of the tournament is what makes it so exciting. Everything rides on each game. Win and you advance. Lose one and you're done. At the end, there will only be one winner. Everyone else in the tournament will lose their one and be done.

Sounds a lot like life. While many of us have been blessed to have second chances at some opportunities in life, most of life is a lot like the "one and done" principle. As one marketing slogan put it years ago, "You only go around once in life, so you might as well grab for all the gusto you can." On many things in life, we don't get second chances. You've got to make your life count in your one pass through mortality. 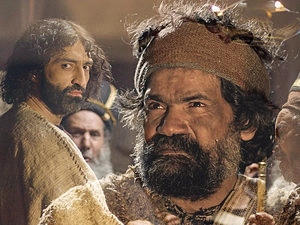 Jesus' incarnation as God in human flesh is a powerful truth for many reasons. One of those reasons is that God chose to be mortal like us and face the "one and done" reality of our world. Each choice Jesus made had so much hanging in the balance, just as our most important choices do. His life had to hit the mark perfectly the first time, every time. There were no "do over" buttons to push. This made his encounter with the devil at the beginning of his ministry so terribly important (Matthew 4:1-11; Luke 4:1-13). His whole ministry hung on this early decision to honor the Father's will and take the long, slow, hard road to the cross rather than the shortcuts of self-preservation, notoriety, and proof of God's favor that the devil deceptively offered him.

This "one and done" principle is also what makes Jesus' prayer in the Garden of Gethsemane so riveting. Jesus has been repeatedly let down by his closest friends as he prays alone in the garden and wrestles with the reality of his impending and horrific death while his closest friends sleep. His words to the Father are gut-wrenchingly real to our own mortal struggles:

All of eternity for mortals hung in the balance as the Son wrestled with the hard choice of following the Father's will or protecting his own mortality. Life is "one and done"! What if Jesus was wrong in trusting the 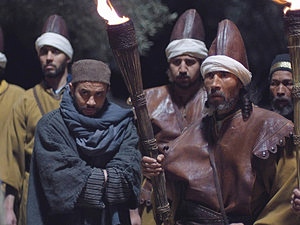 Father? What if he was self-deluded as some suggested? What if death really was the end? What if he was abandoned and he ceased to exist in death? What if he missed something along the way? Would his followers find new hope and fresh courage after they had failed him so miserably at the end?

When you live in the "one and done" world we mortals face, there is so much riding on every decision. Yet Jesus' faith, his relationship of oneness with the Father, his sense of mission and purpose, all cried out with one clear voice: "Yet not what I will, but what you will"! And because of this, we do not have to face the "one and done" principle in every area of life.

Jesus faced our "one and done" world to remind us that when we blow it, all is not lost!
Our sins are not fatal unless we choose to let them be final. That's the difference between Judas and Peter who both failed Jesus. Judas failed Jesus by betraying the Lord for 30 pieces of silver, and Judas chose to let that failure be his final word (Matthew 27:1-9; Acts 1:12-19). Peter, on the other hand, 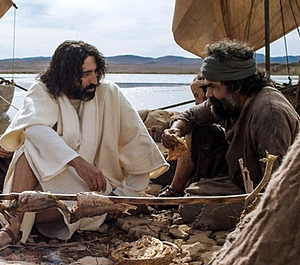 failed Jesus by denying him three times, but hung on to something deeper about the Lord. Even though his encounter with Jesus on the beach after the resurrection was painful, Jesus' loving, but confronting, grace restored Peter to powerful ministry after his failure (John 21:12-19).

While much of life is based on the "one and done" principle — that we don't get second chances — Jesus faced our "one and done" world to remind us that when we blow it, when we stumble and fall, all is not lost if we choose to turn our hearts back to him. This doesn't mean we take sin lightly — sin cost Jesus the cross — but it does mean we are not afraid to bring our sin into the light of God's holy presence, confess it in the presence of another believer, and let Jesus' sacrifice make us clean again (1 John 1:5-10; 1 John 2:1-2; James 5:16).

Because of One we're not done!

* "One and done" has come to mean several things in the parlance of NCAA basketball. Originally it meant losing your first game in the tournament. Then it began to be occasionally used to mean the excitement of the tournament built around the single elimination playoff format — i.e., "Lose one and your done." Now the phrase is also used to mean those who only play college basketball one season before going pro, a policy that is broadly believed to have decreased the quality of basketball at both the university and NBA level. In this article, I refer to the "one and done" principle to mean "lose one and you're done" and how that principle impacts much of life.

"Lose One and You're Done" by Phil Ware is licensed under a Creative Commons License. Heartlight encourages you to share this material with others in church bulletins, personal emails, and other non-commercial uses. Please see our Usage Guidelines for more information.