Why Such Bad Answers?

Where did this try it before you buy idea come from? 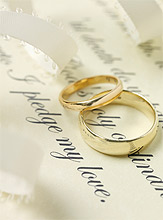 by Rubel Shelly (08/24/2009) | Leading in Hope
The headline caught my eye: "Is it OK to live together before marriage?" Although I didn't have time even to scan the article at the time, I was pretty sure I knew the answer it would offer. Sure enough! When I came back to it, the female writer's answer was this: "I want to test-drive the car before I purchase it."

We'll get back to her analogy directly. For the moment, however, I choose simply to wonder aloud about why such awful advice gets such public play?

In the world of Hollywood tabloids, Oprah television, and answers by statistics, that sort of answer certainly reflects common practice. A recent study published by researchers at the University of Denver says that approximately 70 percent of couples live together for a while before getting married these days. They take the author's "test drive" before buying.

But I challenge both the metaphor and the motive that appears to lie behind it. They reflect a wrong-headed view of healthy human relationships.

First, there is the analogy between marriage and test-driving a car. It is at least a bit better than the writer's other analogy in the same article: getting some milk for free before having to buy the cow!

Automobiles are machines without reason, feelings, or commitment. They serve an owner's ends. They are tools for their user's purposes. Are we admitting to that sort of utilitarian view of people? Kant said the ultimate evil in human life is to treat a human being as a means to an end. Jesus said the way to view another person is to see him or her as worthy of the treatment you want for yourself. Maybe my thinking is all messed up, but I can't really image anyone wants to be test-driven, milked, or otherwise used and then discarded to the junkyard or returned to the lot as a "clunker."

Second, Kant (morality) and Jesus (faith) aside, the sheer decision-by-statistics method argues against cohabitation as either substitute for or prelude to marriage. Multiple studies have documented lower levels of marital satisfaction and higher vulnerabilities to divorce by cohabiters who ultimately marry.

The flaw in this bad answer is that "test drives" at best reveal certain easy and natural affinities two people have — with sex being the primary declared joy they find in living together. Life is not about "easy and natural affinity" so much as it is about commitment, integrity, and love. That's why most parents do not take their offspring back to the hospital or make them wards of the state. Even if a test drive reveals that their easy and natural affinity for a cuddly baby turns into toddler tantrums, educational costs, or adolescent behaviors, most moms and dads believe there is a level of commitment that runs deeper than having fun.

Marriage should be honored by all, and the marriage bed kept pure, for God will judge the adulterer and all the sexually immoral (Hebrews 13:4 TNIV).

"Why Such Bad Answers?" by Rubel Shelly is licensed under a Creative Commons License. Heartlight encourages you to share this material with others in church bulletins, personal emails, and other non-commercial uses. Please see our Usage Guidelines for more information.