A Mom Takes Her Stand 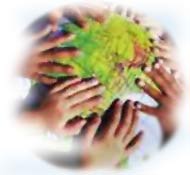 by Rubel Shelly (05/11/2005) | Special Features
I was talking with a lady yesterday about, well, let’s just say "something" for now. I’ll give you the specific subject we had on the floor directly. She was hurt and couldn't hide it. She was also mad, but was trying very hard to hide that. She is a godly young woman who is up-and-coming in her workplace. She has a husband who loves her and their two children. Life, however, has thrown her a curve.

It was one of those situations that is bigger than hurt feelings. A matter of principle really is at stake. So where does she register her complaint? How does she put the offender in her place? What is the best way for this mother to take her stand in this situation?

You face the same thing in your life, don't you? You are offended by things in this culture — ranging from drug addiction to spouse abuse to teen pregnancies. You are sick of violence on TV and dishonesty in the workplace. You agree with the preacher or talk-show host that it's about time somebody did something about it, but you have just a twinge of hesitation.

I may know what that "twinge" is. It is the idea that donating to the preacher's Take-a-Stand Ministry or picketing and honking your horn at the radio guy's designated location is not going to do anything but make you look stupid! Don't get me wrong. Those things may need to happen occasionally — but probably not very often. They tend to backfire — especially when led by angry, mean-sounding people who tend to drive deeper wedges of division. And it's hard to picture Jesus in those scenes.

Back now to yesterday's conversation. The lady was hurt and offended that her 10-year-old son had been mistreated by a girl of the same age whose family just moved into the neighborhood. It appears to be about different skin color — a prejudice toward people who are different — and words the little girl used.

As we talked about what happened, God seemed to show up in the room to give the woman an idea of how to approach the issue — to lighten her load and put a smile on her face. She left with a plan to invite the new family and two other neighbor families — one white and one black — for burgers next Thursday ... to get acquainted ... to show children how adults accept one another ... to "take her stand" in a kind way.

I don't know if it will work, but it is always right to offer a gracious, loving alternative to what folks typically see. Friendship is the best protest of racism just as integrity is the best protest of dishonesty, purity is to vulgarity, and kindness is to neglect or meanness. Are we thankful for moms who teach their children — and remind us — of this godly truth!

It is always right to offer a gracious alternative.
A holy-and-gentle response is always better than holier-than-thou anger.

A gentle answer turns away wrath, but harsh words stir up anger. (Proverbs 15:1)

"A Mom Takes Her Stand" by Rubel Shelly is licensed under a Creative Commons License. Heartlight encourages you to share this material with others in church bulletins, personal emails, and other non-commercial uses. Please see our Usage Guidelines for more information.