What does it mean to really be redeemed? 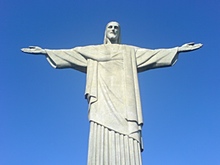 by Phillip Morrison (04/13/2014) | Special Features
Boston preacher Dr. S. D. Gordon took a rusted and battered birdcage to his pulpit one Easter Sunday and left his audience to wonder until he was ready to tell the story. A man had met a street urchin carrying the cage with several birds inside. When he asked how much the boy wanted for the cage and birds, the boy said, "Mister, you don't want these birds. They're just plain old birds that can't sing or anything. I'm just going to poke at them and play with them until I get tired, and then give them to my cat." "I understand," said the man, "but I want them anyway; how much?"

Never believing anyone would pay his price, the boy tentatively asked, "Two dollars?" The man counted out the two dollars and the boy ran before his customer could change his mind.

The man then stepped around the corner, opened the cage, and set the birds free. Dr. Gordon explained that Jesus had done something infinitely more important at the cross. Paying a price that could not be calculated, he gave his life that we might reclaim ours and be free from the burden and torment of sin.

As this Easter season approaches and we remember Jesus' passion and resurrection, picture the Christ with outstretched arms, inviting whosoever will to come and be set free...

If you don't already know the iconic figure, you will see it again and again over the next several months. The television crews choosing pictures for the World Cup matches in June and the Summer Olympics in 2016 will focus on Brazil's most familiar landmark.

On top of the 2,300 foot Corcovado Mountain overlooking Rio de Janeiro, on a huge pedestal reaching another 26 feet into the sky, stands the 98-foot-tall Cristo Redentor — Christ the Redeemer — statue, arms outstretched in both invitation and assurance of the constant presence and protection of Jesus. As is often the case with national monuments, this one was planned for a long time before it was actually built. Since the 1850s, there had been several attempts to agree on a design and location, but the actual construction didn't begin until 1922, and the monument opened on October 12, 1931.

Thousands of tourists will be in Brazil for the World Cup and the Olympics, and they will join other thousands who already wait in line for hours to ride the 2.3 mile cog railway up the mountain or brave the hairpin curves of the road winding through the Tijuca Forest National Park. The view from the top of Corcovado makes the wait and the trip more than worthwhile.

Spread out before an observer is one of the great cities of the world with a population of 6.5 million in Rio proper and a total population of perhaps 18 million, depending on how large an area one wants to include. The waters of Guanabara Bay, punctuated by Sugarloaf Mountain, and bordered by the famed Copacabana and Ipanema Beaches all provide photo ops hardly matched anywhere else in the world. Not so visible are the slums or favelas where poverty, crime, disease, and squalor of every kind make up the Rio not found on travel posters. 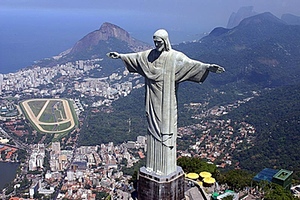 Over this city of extreme wealth and indescribable poverty stands Christ the Redeemer, arms open in invitation by day and by night, reminding, calling, and inviting. The mansions on the hilltops, some with their own helipads and cantilevered access roads, and the cardboard shanties alike all contain people needing redemption.

I was reminded of the word redemption when the woman at the laundry called me by name and said, "You don't need your ticket, what do you think this is, 'no tickee no shirtee'?" We agreed that I hadn't heard that and she hadn't said that in a long time, but we both had heard the saying all our lives. We also agreed that it was uncalled for and unappreciated ethnic slang we would do well to forget. But I couldn't forget the nagging question of how that saying began.

Redeeming a laundered shirt is ordinary; redeeming a lost soul is profound.
A little research led me to a University of Idaho study that found the saying probably began in the 1800s when Chinese immigrants began moving to the west coast of the United States to work on major projects like the intercontinental railroad and establish restaurants, laundries, and other service businesses. Not speaking English, they developed what the Idaho researchers called English Pidgin Chinese. To be sure they got the right clothes back to their rightful owners, they gave claim checks or tickets that had to be presented when the laundry was redeemed. The researchers further discovered that an animated movie short in 1921 had popularized the saying, as had a "Little Rascals" episode in 1934 and several other films in the 1930's and 40's.

The redemption theme was carried out in literature by a Leo Tolstoy play and a Leon Uris novel. In the music world, it caught the attention of performers from Johnny Cash to Bob Marley. The idea that we need to reclaim something already owned fascinates thoughtful people of all kinds.

Redeeming a laundered shirt is ordinary; redeeming a lost soul is profound. The Apostle Paul seemed to be searching for just the right word when he described Jesus as "wisdom from God — that is, our righteousness, holiness and redemption" (1 Corinthians 1:30). I can redeem my shirts with a piece of paper or a plastic card, but "it was not with perishable things such as silver or gold that you were redeemed… but with the precious blood of Christ..." (1 Peter 1:18-19). The outstretched arms of Cristo Redentor reach 92 feet from fingertip to fingertip, but the outstretched arms of Christ the Redeemer reach to infinity, embracing all who will come. 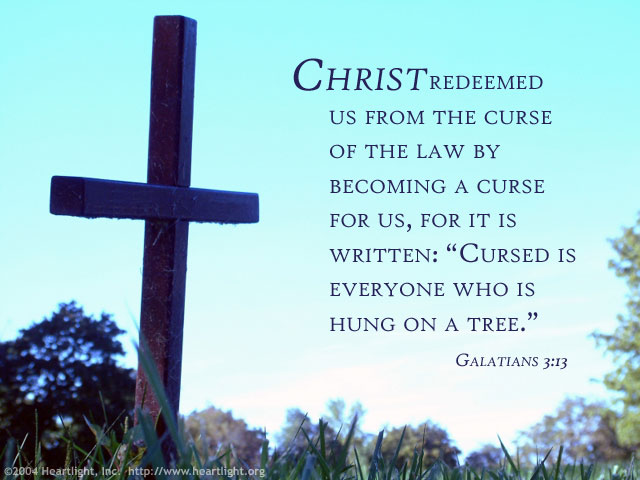 "Sweet Redemption" by Phillip Morrison is licensed under a Creative Commons License. Heartlight encourages you to share this material with others in church bulletins, personal emails, and other non-commercial uses. Please see our Usage Guidelines for more information.