Is This Really Depression?

Is this really depression? 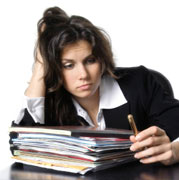 by Rubel Shelly (03/22/2007) | Leading in Hope
Depression is a serious and complex disease. People who suffer from it today are fortunate to live at a time when both psychological and pharmacological treatments have advanced considerably over the past few decades. In my role as a minister and teacher, I have deferred to mental health professionals for their expertise in trying to help men and women deal with this very serious threat to their happiness.

Because depression is a real and complex disease, I both resist and resent a report that has been widely circulated in various outlets recently. It purports to show that people in the United States have the highest rate of depression among a survey group of 14 countries — including France, Germany, Belgium, Columbia, Lebanon, and Nigeria.

What these reports call "depression" should more likely be called disaffection, sadness, or perhaps even envy.

Rather than project what I think is happening in these situations on other people, let me confess my own problem: I'm spoiled. I'm selfish. I harbor this perverse notion that I'm entitled to what anybody else has that I think looks desirable. And those are flaws in my character. They most definitely are not grounds for claiming to be depressed!

Let's not confuse the two.
Advertising is geared to make us all feel dissatisfied with things we already have — perfectly good, perfectly serviceable things. The larger culture conspires to make us think newer is always better, bigger is always more desirable, and excess is always a positive thing.

No wonder the Bible says that "there is great gain in godliness combined with contentment" (1 Timothy 6:6 NIV). Maybe it is our failure to connect with one another in order to build community and friendship that impoverishes more than the lack of a new car, bigger house, or impressive title.

Come to think of it, real depression is probably more treatable than our intemperate human cravings. But, please. Let's not confuse the two.

"Is This Really Depression?" by Rubel Shelly is licensed under a Creative Commons License. Heartlight encourages you to share this material with others in church bulletins, personal emails, and other non-commercial uses. Please see our Usage Guidelines for more information.