Where is Your Church?

Do you know where your church really is? 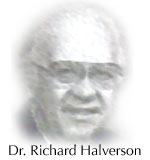 by Rubel Shelly (02/14/2006) | Leading in Hope
It appears to me that more people who claim to be Christ-followers in this world are caught up in doing church over being church. Church isn't a place. It isn't a set of ritual acts. It isn't the performance abilities of teachers or musicians. Church is the life of Jesus on display through his people — with Jesus functioning as head and all his people as various parts of his body in the world.

Jerry Cook tells a story about Richard Halverson that illustrates the contrast between "doing" and "being" as the people who confess Christ.

Dr. Halverson was chaplain of the United States Senate for several years. He would occasionally visit the seminary where Cook was a student. After one of those visits to speak to students, he joined a group of them for coffee and made himself available for informal conversation.

"Dr. Halverson," began one of the seminarians, "where is your church?" The student was asking about the street location of the Presbyterian Church Halverson served, but he got a deeper and more insightful answer.

"Well, it's three o'clock in Washington, D.C. The church I pastor is all over the city right now. It's driving buses, serving meals in restaurants, sitting in board meetings, having discussions in the Pentagon, deliberating in Congress." He proceeded with a long list of roles and responsibilities where his church was functioning that day. "And periodically we get together at a building on Fourth Street," he added, "but we don't spend a lot of our time there."

The pastor-chaplain was not naïve with his answer. He was brilliant. And he had the clear intent to challenge a young would-be pastor to raise his sights above the Sunday event of church as an assembly. Or even church as programs and budgets and organization. The church was never intended to be isolated from the world but to penetrate it as salt does food. Jesus wants his people to be "in the world" but not "of the world" — functioning as light to dark places.

Where will you be today? In meetings? On the phone? Calling on clients? Teaching algebra? Cleaning house? Delivering product? Delivering speeches? Delivering babies? Wherever you will be and whatever you are doing there, you will be part of the spread-out, scattered-over-the-world church. Your role is to be a stand-in for Jesus to make the world a better, less-threatening place.

The church was never intended to be isolated from the world.

Whatever you do or say, let it be as a representative of the Lord Jesus, all the while giving thanks through him to God the Father. (Colossians 3:17 NLT)

"Where is Your Church?" by Rubel Shelly is licensed under a Creative Commons License. Heartlight encourages you to share this material with others in church bulletins, personal emails, and other non-commercial uses. Please see our Usage Guidelines for more information.