After Herod died, an angel of the Lord came to Joseph in a dream. This happened while Joseph was in Egypt. The angel said, "Get up! Take the baby and his mother and go to Israel. The people that were trying to kill the baby are now dead." So Joseph took the baby and the baby's mother and went to Israel. But Joseph heard that Archelaus was now king in Judea. Archelaus became king when his father Herod died. So Joseph was afraid to go there. Joseph was warned in a dream. So Joseph left there and went to the area of Galilee. Joseph went to a town called Nazareth and lived there. And so the thing happened that God said through the prophets. God said that {the Christ} would be called a Nazarene.
— Matthew 2:19-23 NLT 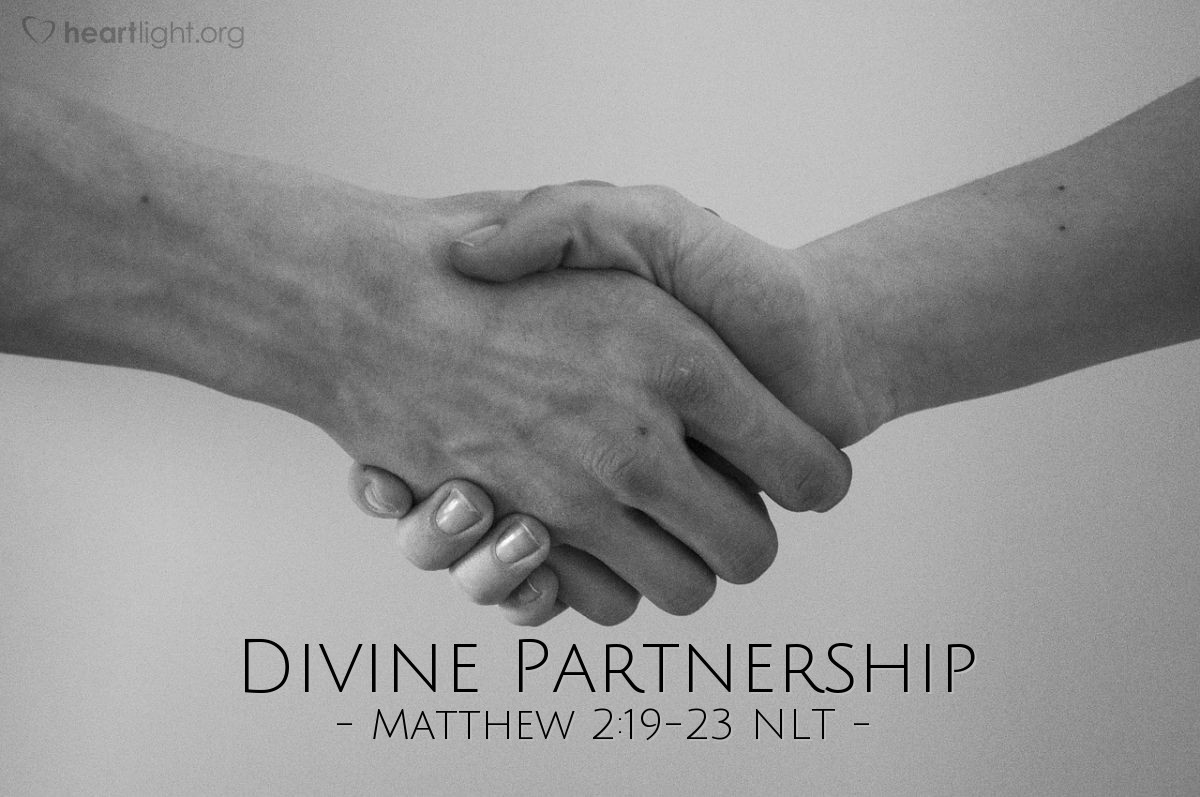 In this passage, we see Joseph caught in a wonderful and mysterious dance with God. God revealed his protective guidance in dreams, through angels, and in visions. Joseph, however, still had to discern the meaning of God's help and had to choose to obey his direction. So often we want everything spelled out, "just like they did in the Bible." We forget that Joseph and Mary were living a mystery that was too big to wrap their minds around; at times it was frightening and at other times it was just bewildering. The human guidance, advice, and training they received to prepare them for what lay ahead of them are remarkably similar to our own—little or none. This, of course, made them rely more on God each day for his direction and protection. Interestingly, after the initial burst of divine revelation, Joseph and Mary appear to have been faced with the same kind of child raising issues that most of us face, with one exception: they were raising God's Messiah. They had to rely on God to lead them through this mystery. So must we!

Ever-present Father, I am comforted to see your protection of your Son when he was so vulnerable. I am thankful that there is never a place or time that your presence is not with him. Please inspire my confidence in your presence in my life, too. I long for you to make yourself known in my life each day as I seek to live for you. In Jesus' name I pray. Amen.