We are called to live in the strong currents where Jesus' Kingdom meets the world and those trapped by darkness, and we need to know there is both danger and richness as we live in 'The Shear.' 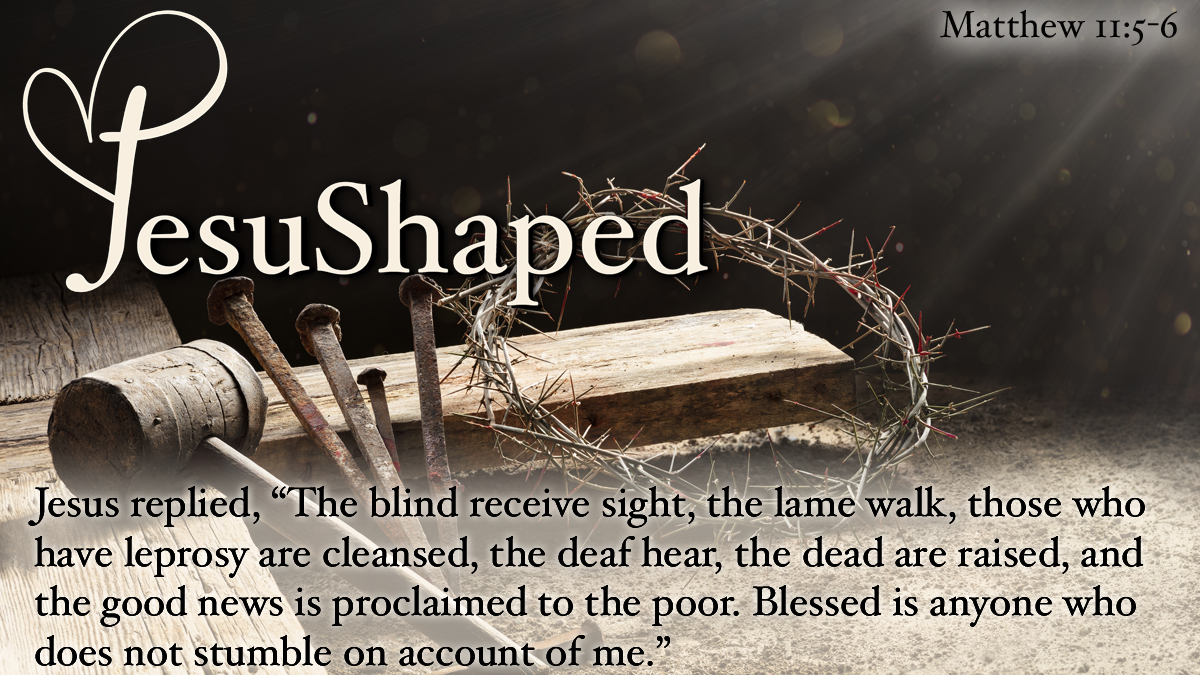 Several years ago, I was on the "red-eye" flight from Seattle to Austin. Most of us were sound asleep when we awoke to the feel of the jetliner shaking and shuddering. The pilot came on the speaker and told us not to be alarmed — yeah, right — and proceeded to tell us that we were caught in wind shear. (Wind shear can be described as masses of circulating air coming together and causing violently swift air currents and sometimes dangerous turbulence.) Our pilot then proceeded to tell us that this wind shear was making the plane fly faster than it was designed to go. As you can imagine, this didn't put many folks at ease.

Then the real punch line came. He warned us that it would feel like we were free-falling but that he was dropping the altitude quickly to get us out of this wind current and back to a more desirable speed. After a few seconds of our stomachs being in our throats, the plane quit shuddering, and we resumed our flight without other distractions, as if nothing had happened — although I'm not sure anyone went back to sleep. In this case, "The Shear" was a dangerous place for us and made our flight much more "exciting" than we wanted. 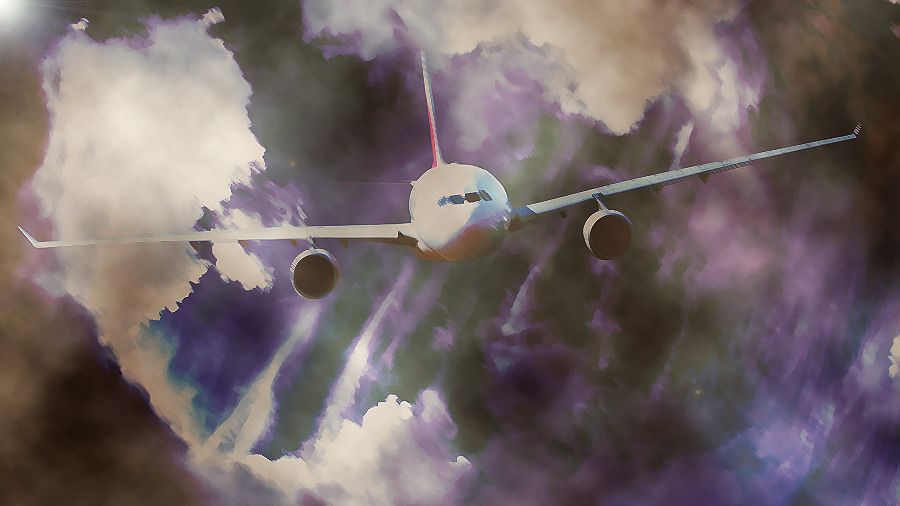 Anyone who has been in the waters off the coast of Alaska also has seen and felt shearing water currents. With the combined flows of glacial runoff, strong ocean currents, flowing streams, and radical tides, the bay waters are full of shearing currents. While these shearing currents can be dangerous to swimmers and small boats, "The Shear" of these currents is rich in nutrients and small organisms, baitfish, and other food sources. These are also the places where big fish and whales hang out, looking for easy meals. In this case, "The Shear" was an exciting place for us to be.

We face the effects of "The Shear" in our walk with Jesus. Jesus spent much of his time in "The Shear" himself. His example helps us answer a crucial question that naturally arises as we try to be JesuShaped disciples. What happens when our core values appear to collide... maybe even conflict... or at least seem to not connect to the culture around us? What do we do then? What does "The Jesus Vibe" call us to do in "The Shear" of these two strong currents in our lives?

Hearing that Jesus had silenced the Sadducees, the Pharisees got together. One of them, an expert in the law, tested him with this question: "Teacher, which is the greatest commandment in the Law?"

Jesus showed us — not once, not even a few times, but again and again and again — how to live in "The Shear." Go back and read through the Gospels (Matthew, Mark, Luke, and John) noticing how Jesus handles "The Shear." Look for Jesus' Sabbath controversies as he wrestles with the religious leaders of his day — Jesus sees the Sabbath as a day created to bless humans while honoring God and basically disregards all the traditions that had crept in to make the Sabbath a legalistic minefield for those wanting to honor God (Matthew 12:1-14; Mark 2:23-3:6). Notice how Jesus always valued people above traditions and religious interpretations of the Law — the classic examples are the woman at the well and the woman caught in adultery (John 4:1-42; John 7:53-8:11). See how he eats with sinners and praises those outside the religious establishment (Matthew 8:5-13;  Matthew 9:9-13; Matthew 15:21-28). Remember how he used outsiders to be the heroes in his ministry and his stories (Matthew 8:5-13; Mark 7:24-30; Luke 7:11-17, 10:25-42; John 4).

While not exactly direct violations of the Old Testament Law, Jesus' practices of forgiving sins, healing on the Sabbath, touching lepers, associating with people and genders not socially acceptable made religious people uncomfortable. In the minds of most religious leaders of Jesus' day, Jesus deliberately was violating the traditions that they associated with piety and keeping the Law of Moses. These regular practices of Jesus drove the religious power-brokers to vengeful madness. The Christ saw beyond these legalistic traditions surrounding the Law and sought to live the heart of God, seeking to reconcile all people back to the Father while seeking and saving the lost (Luke 19:10). 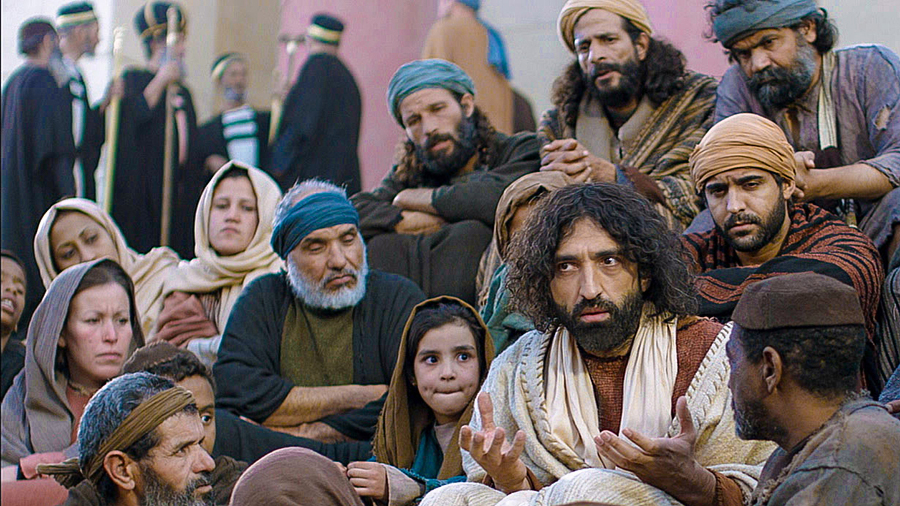 Jesus lived in "The Shear." For him, "The Shear" was exciting, both a dangerous place and one rich with opportunities to reach broken, forgotten, and lost people. "The Shear" was dangerous because it put Jesus in the swift currents of religious controversy that quickly led him into direct conflict with the religious establishment and its traditions, rules, interpretations, and constituencies. However, it was also rich with opportunity because "The Shear" was where many people seeking God were found. These were seekers who felt a hunger for God and felt isolated from him by the details, traditions, rules, and hypocrisies of religion.

Jesus socialized with these marginalized folks and faced the consequences of his critics. He didn't come to please the religious powerbrokers, the masses with their selfish demands, or even his own followers with their confusion. Jesus didn't come to be served, but to serve and redeem folks trapped in darkness, slavery to sin, and hamstrung by religion (Mark 10:45).

Religious leaders had Jesus killed on a cross because he chose to live in "The Shear." The Lord's parting comments — what we call "The Great Commission" — call us to live in "The Shear." We're to cross over our secure social lines into other cultures: not just to evangelize, but to incarnate the message of Jesus by living alongside people in their world, baptizing them into the family of God, then staying with them through the process of learning to become JesuShaped themselves (Matthew 28:18-20).

Living in "The Shear" is what Jesus meant by Kingdom living. He called it being children of our Father in heaven. And, most importantly for us, Jesus called us to continue his passion for living in dangerous and rich currents of "The Shear" for the sake of the lost world.

So, if you find yourself frustrated with junk that so often encrusts and distorts our churches and church life today, remember Jesus. Remember how and where he lived. Embrace the kind of ministry that reaches out to the kind of people Jesus chose to bless and redeem. Come join Jesus and live in a dangerous yet opportunity-rich place called "The Shear" and do it for the sake of the lost world.

Why would anyone want to live in a place with such strong currents like 'The Shear'? 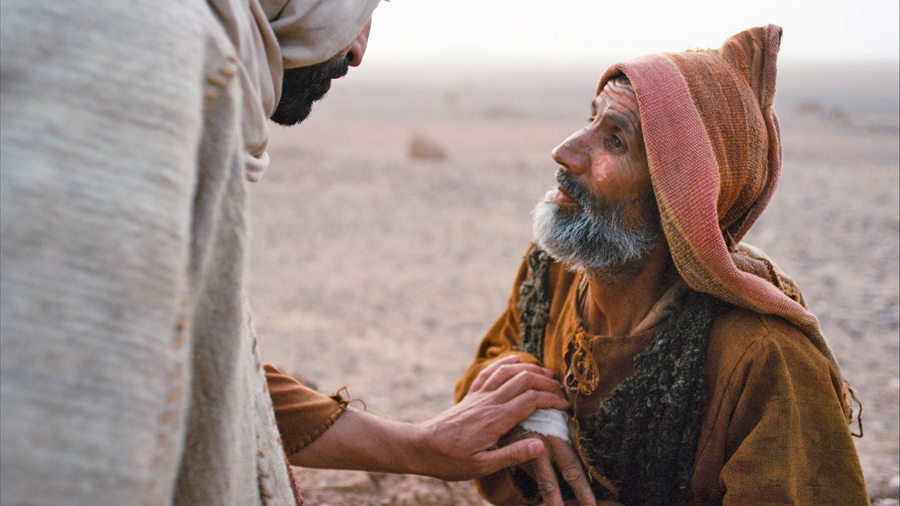 Questions for Reflection and Discussion:

Why is it so hard for many of us steeped in Christian traditions to live in "The Shear"?

Why do those whom Jesus reached in his day seem so turned off by Jesus' followers today?

What do you need to do to live more fully in "The Shear" rather than in the shadow and security of church folks?

What are some parables and actions of Jesus that teach us how to live in "The Shear"?

"The Shear" by Phil Ware is licensed under a Creative Commons License. Heartlight encourages you to share this material with others in church bulletins, personal emails, and other non-commercial uses. Please see our Usage Guidelines for more information.

More Than What's in The Sacred Page
When Jesus was hungry, alone, and had been contemplating his mission that would end on a cross, Satan's temptations were quite enticing!