Jesus recalibrated greatness and changed it from being fame and notoriety to kneeling and using a basin and towel. 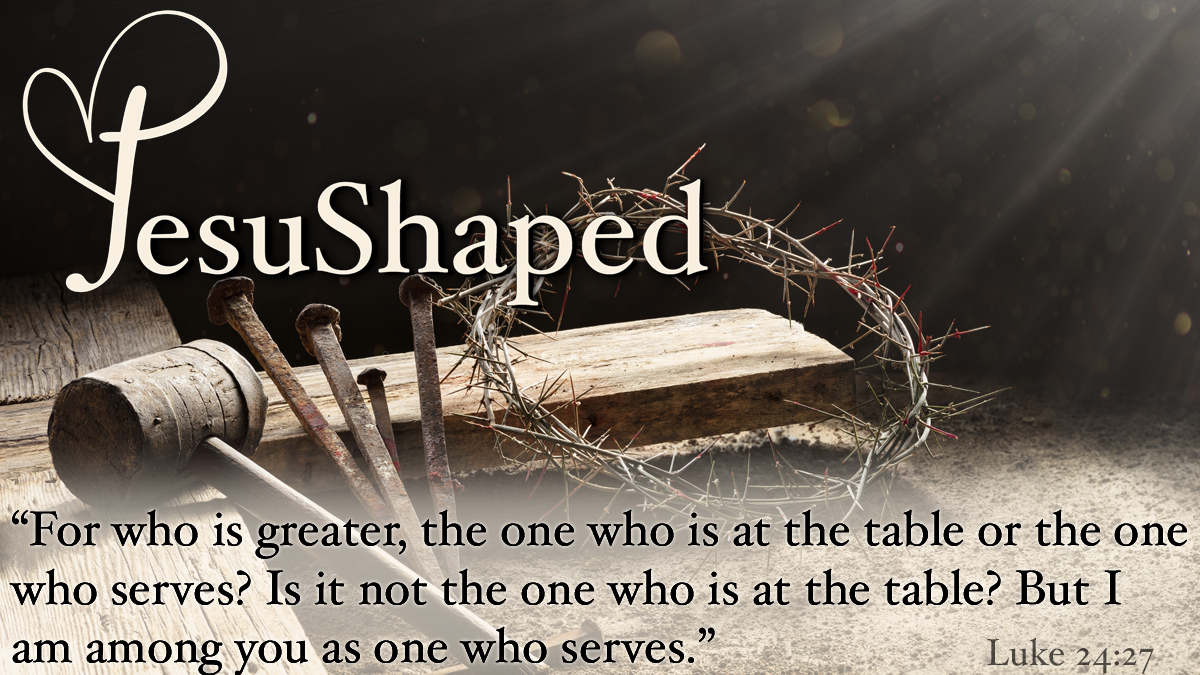 Over our 25 years, HEARTLIGHT.org has passed along the creative blessings of many famous authors who graciously shared their writing with our readers. This year as we celebrate "Shining the Light" for a quarter-century, we will repeat some of Phil's previous posts over the years. We hope this focused message on Jesus calls you to deeper discipleship.

This daily dance of grace is going to require a basin and a towel!

Don't you imagine that the Lord's Supper those first few years after the Lord's ascension was tough on Jesus' apostles? After they had endured the ordeal of the Cross, experienced the surprising joy of the resurrection, and received the Great Commission during his farewell ascension, this regular reminder of their failings had to be bittersweet.

The Lord's Supper had to be sweet for them because they celebrated it on the first day of the week, Sunday, the day of Jesus' resurrection (Acts 20:7; Luke 24:1-3). Jesus' resurrection changed Sunday from a normal day into the Lord's Day (Revelation 1:10). They could then view their Savior's death through the lens of his amazing victory over Satan, sin, death, and hell. Each celebration of the Lord's Supper meant that they could remember again all their memories of the day they first realized Jesus was alive and the victor over death. They could feel that incredible joy of the resurrection again!

However, the Lord's Supper had to be bitter in many ways, too. They were reminded of their stupid quarrels after the Lord has shared the Last Supper with them — quarreling about who would betray him and who was going to be greatest in his kingdom (John 13:1-38). They remembered the embarrassment they felt when Jesus washed their feet because each of them was too important to wash their Lord's feet. 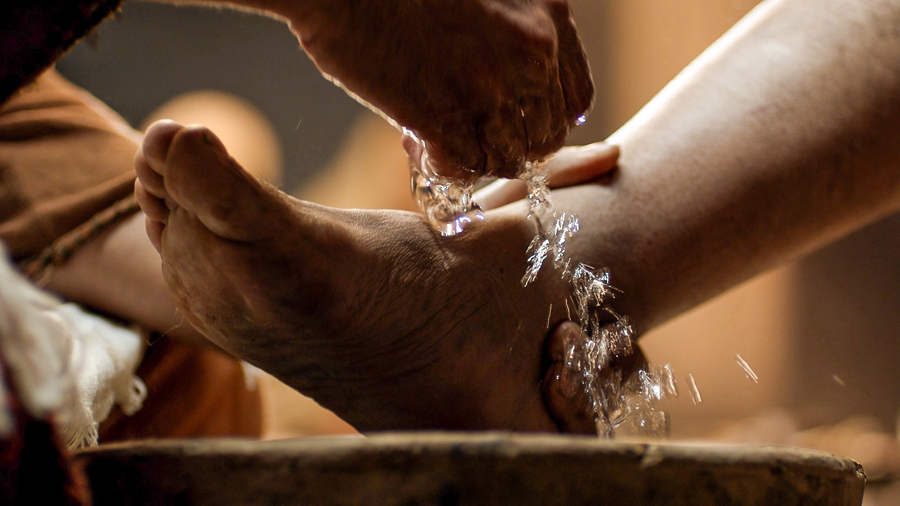 They were haunted by the memories of their repeated sleepiness when the Lord needed a friend to stay awake with him and support him in prayer in the Garden of Gethsemane. They were hurt by the memories of their repeated failures to stand by Jesus on this fateful night. They recalled when they forsook him and fled during his arrest as one among them betrayed their Lord into the hands of persecutors, and later, as Peter denied him three times.

In my own head, I can construct imaginary conversations that might have gone on between these apostles and their children, and in later years, possibly their grandchildren. "Surely you weren't like those other guys, were you Papa Pete? Surely you stood by Jesus, didn't you? You didn't run out on him, did you? After all, you promised him! I know you must have defended him even though everybody else was chicken and ran away?"

"No, I'm ashamed to say, I was no different than the rest," Peter would have to tell his loved ones. 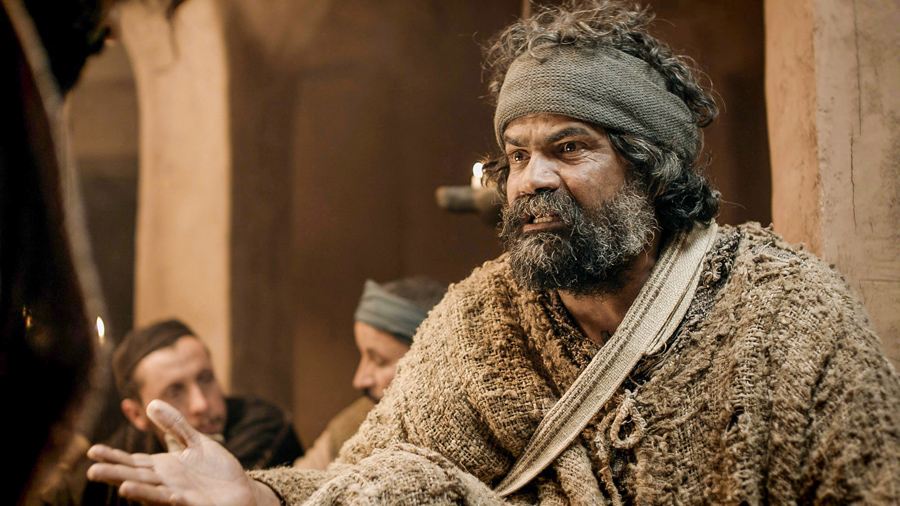 On the resurrection side of their Lord's cross, those closest to him also remembered things Jesus had said, things they had taken to heart but could not understand at the time, but now were clear to them after his resurrection. Having the vantage point of the empty tomb, the coming of the Spirit, and years of ministry, their hearts must have been stirred by the wonderful and powerful mystery and power of their Lord that was now fully revealed to them.

For those longing to be Jesushaped like these earliest and closest followers of Christ, the words "service" and "servant" had to ring in their ears. These words shaped their lives for years ahead as they offered themselves to the work of his Kingdom. Many of them ended up giving their lives to reach and serve the lost, just as their Lord had given his life for them. 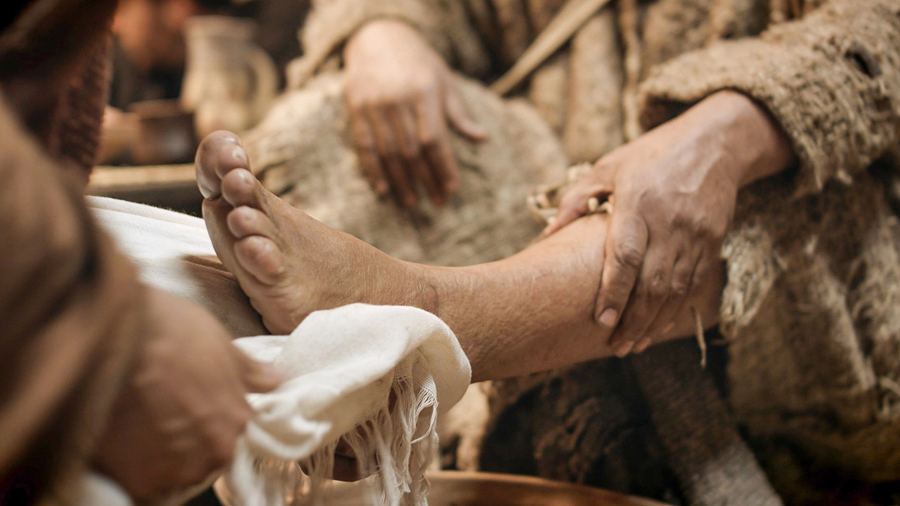 Yet for Jesus to have called them — and through them, to have called us — to this kind of lifestyle shouldn't be surprising. Those who love the Lord their God with all their heart, soul, and mind, would surely have to love others (Matthew 22:36-40). The Lord's apostles knew that the second great command could not be divorced from the first one! These commands were the balancing power behind these Christ-followers' lives. Each of the Lord's love commands was necessary to keep them moving to the rhythms and dancing to the melody of God's grace demonstrated by their Savior.

The Lord's call to live as servants was so important that it became one of the most undeniable marks of one who followed Jesus (John 13:34-45). The seven men who led in "serving" widows in Jerusalem were called to be servants (Acts 6:1-7). The household of Stephanus was held up to the fractured Corinthian church as an example to follow, honor, and obey (1 Corinthians 16:15-16). Phoebe, a sister from Cenchrea, was called a "servant." The Christians in Rome were told to help her and receive her with honor (Romans 16:1-2). Key leaders in both Philippi (Philippians 1:1) and Ephesus (1 Timothy 3:8-13) were called servants — sometimes translated by the word "deacon." To follow Jesus was to commit one's life to serve others!

So today, though separated by centuries from the Last Supper and the awful and grueling ordeal of the Cross, we too should hear the call to be servants when we share in the Lord's Supper. I can't love my brother as myself, and I can't treat my sister in Christ as I want to be treated without becoming a servant like Jesus (Matthew 7:12). I won't surrender my cultural "rights" and become all things to all folks to win as many as possible unless I'm willing to become a servant to the lost like Jesus (1 Corinthians 10:19-23). The heart of Christian fellowship and the heart of Christian witness is rooted in the concept of service to others!

So for those of us seeking to be Jesushaped, we know that our daily dance of grace is going to require a basin, a towel, and the willingness to follow the Lord's example — to live and be willing to die as a servant. Paul wrote his beloved brothers and sisters in Christ in Philippi and shared these powerful words:

In your relationships with one another, have the same attitude of mind Christ Jesus had: Who, being in very nature1 God, did not consider equality with God something to be used to his own advantage; rather, he made himself nothing by taking the very nature of a servant, being made in human likeness. And being found in appearance as a human being, he humbled himself by becoming obedient to death — even death on a cross! (Philippians 2:5-8)

Questions for Contemplation and Application:

Why does Jesus describe being a servant as being the greatest in the Kingdom?

Why is having a servant's heart so important to our basic life as a follower of Jesus?

What is something specific that you need to do to more fully love your neighbor as yourself?

"Servant!" by Phil Ware is licensed under a Creative Commons License. Heartlight encourages you to share this material with others in church bulletins, personal emails, and other non-commercial uses. Please see our Usage Guidelines for more information.

Jesus, After Christmas Coming
Christmas isn't over; it has only just begun if we recognize that it is our job, together, to be Jesus to the world!

Escaping the Monotony of Low Expectations
Advent is rooted in the work of God in history, through real people, to do the miraculous in the most human of things, through the birth of a child.