Once for Him, Once for Us!

'Jesus is my beloved Son. What he says not only pleases me, but it is my fullest truth.' 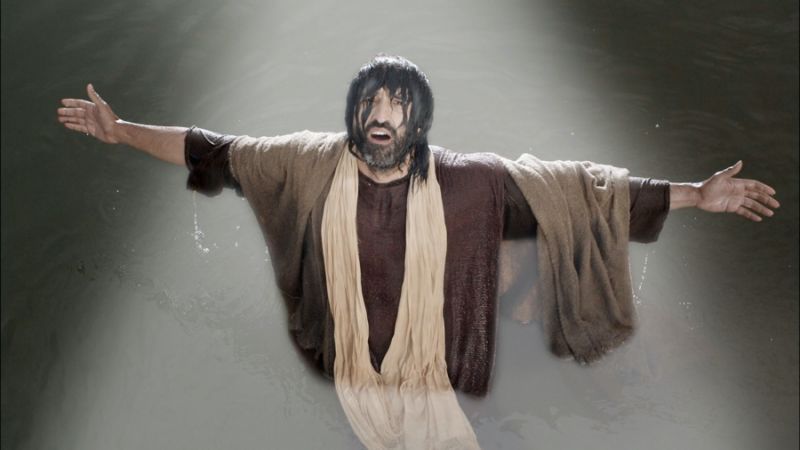 My heart filled with joy as I ended our long-distance video chat. Zach and Sarah (not their real names, but they are real people) told me about an upcoming conference for church leaders they were hosting in southern Asia. "Just remember to be tender with each other," I told them. Their quizzical and surprised expressions suggested they were either confused, embarrassed or misunderstood. I quickly clarified.

"You remember how tender the Father was with Jesus after his baptism," I reminded them. They quickly responded by quoting the Father's words to his Son at his baptism:

I tried to explain to them the importance I see in the Father's tender words. I emphasized that as a couple newly married, they need to follow God's example. The Father affirmed his relationship, love, and pleasure in his Son. "Remember the words we hear almost immediately from Satan as he sought to tempt the Son? "If you are the Son of God, then..." (Matthew 4:2). Now we don't know when the evil one will try to drag down our precious loved ones, but we know he will. Like the Father did for Jesus, we can prepare them before Satan attacks them by affirming our relationship, love, and delight in them. Be tender with each other. Make a point to affirm each of these three things at least once each week!"

"Those are good words of us; we will try to do just that each week," Zach said as we concluded our conversation. Sarah smiled knowingly and gently shook her head, yes.

This story of the Father's affirmation is something I have shared many times as I have spoken and written. My wife, Donna, is an excellent affirmation-giver. I learned how to do it from her. I learned the importance of it from what the Father did for his Son!

No matter where or how we come to see the power of this simple gift of genuine affirmation, we must recognize how important it was for Jesus as he began his ministry. God declared him his Son. He legitimized his ministry as Son of God and King of Israel. At a very human level, he did it to prepare Jesus for forty days of testing in the wilderness. The first time we hear these words of affirmation in the Bile, they were for Jesus. John the baptizer and others nearby may have heard them, but these words were tenderly given by the Father to the Son, for the Son!

The second time these words were spoken, were for us. Peter, James, and John were with Jesus in the mountains. Moses and Elijah appeared in the glory of Jesus' Transfiguration. Peter and the two other apostles who witnessed this holy moment were quite shaken and amazed. Once again, the Father spoke these words over his Son: 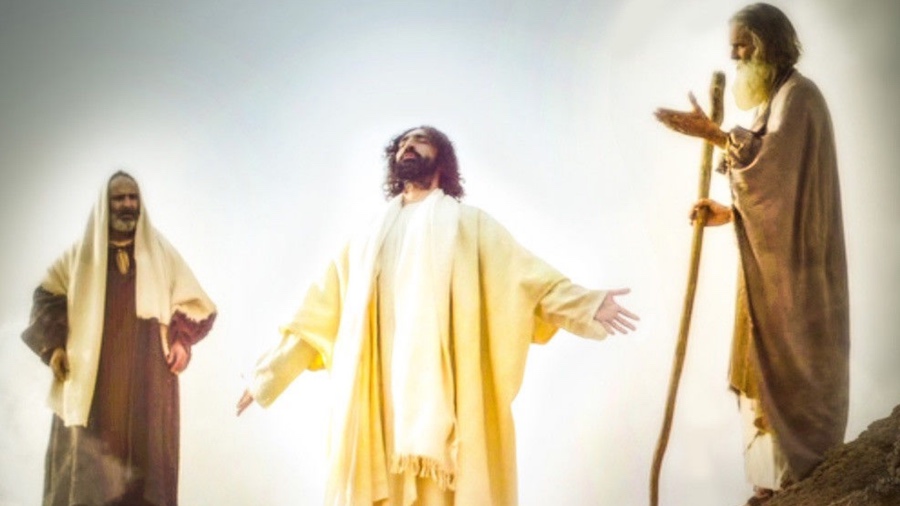 This time, however, the Father's affirmation wasn't for Jesus. The Father gave it to the apostles present, but the message was both for them and us! The Father did affirm his relationship with his Son, called the Son his "my beloved" (Matthew 17:5 ESV), and emphasized his delight and pleasure with his Son. However, God had a clear command for all of us who have heard about the Transfiguration: "Listen to him!"

It's as if God is saying:

Yes, Moses brought you my truth, the Torah, given on the mountain directly from me. Yes, Elijah was the greatest of prophets who spoke my truth with clarity and power. BUT Jesus is my beloved Son. What he says not only pleases me, but it is my fullest truth. Listen to what his life and words say. Listen to Jesus. Listen to him!

The rest of the New Testament echoes what God spoke over his Son on the Mount of Transfiguration. Jesus is God's ultimate and clearest message; he is God's word in human flesh, God who lived among us (John 1:1-18). While God spoke in the past through many kinds of messengers and messages, in these last days, he has spoken most definitively, through his Son (Hebrews 1:1-3). Jesus was the truth of God embodied in human flesh, and the apostles were witnesses to the truth: Jesus is the source of everlasting life (1 John 1:1-4).

God's words of affirmation over Jesus were important both times. The first time God spoke them for Jesus. The second time, they were for us. God was pointing us to Jesus. The Father was making clear that as significant as the Bible is, as wonderful as the Law given to Moses was, and as powerful as the words and ministry of Elijah were, Jesus is God's voice. His words must fill our hearts and define our lives. We must listen to him!

When I was barely thirty years old, a university invited me to speak to a group of more than 270 preachers. I was scared to death. Many of those preachers were my heroes. Several were my mentors. Some had been my professors. I felt the Holy Spirit was calling me to do something I was afraid to do. However, I feared that we had lost sight of Jesus in our preaching, writing, and church life. With nervous trepidation, I asked all those preachers to take out their Bibles. (Remember, this was well before cell phones and online Bibles.) Then I urged them to look at the pages of their Bibles and open them to the most worn place, the place where they had spent their time studying and reading the most. Then I asked this one simple question: "If you are in one of the four gospels,[NOTE] please raise your hand."

I waited nervously to see what would happen. Accompanying the deafening and uneasy silence was a stillness punctuated with only eyes looking down in embarrassment. I was shocked and speechless. After searching long enough to know that none of these preachers had raised his hand, I looked down and tried to gain my composure.

I had not anticipated a room with no hands raised. We were motionless under a shared and suffocating conviction. All I could get out in a raspy, emotional voice were a few inaudible words that finished with, "...and we claim to be ministers of Jesus Christ." I was broken. Many of us were that night. I believe that room full of brothers in Christ felt as I did. The Holy Spirit used a young guy too dumb not to do something like that to help us all step into what we knew was needed.

Jesus must be more than our hero and mascot. This is as true now as it was that night. He must be our teacher and Lord. Knowing the Bible without knowing Jesus is to miss life, the life God wants us to live. As Jesus said:

You study the Scriptures diligently because you think that in them you have eternal life. These are the very Scriptures that testify about me, yet you refuse to come to me to have life (John 5:39-40).

Jesus must be more than our hero and mascot.

Or, as the Father said:

This is my Son, whom I love; with him I am well pleased. Listen to him!" 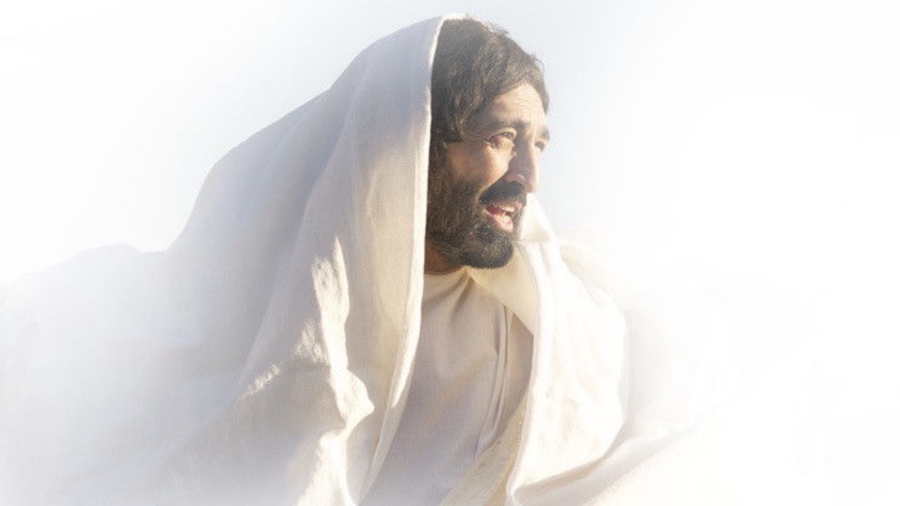 The four gospels are Matthew, Mark, Luke, and John. They are the four accounts the Holy Spirit gave us to know the life and words of Jesus. I try to read through each of them four times per year, one chapter a day. I ask the Holy Spirit to help me comprehend what Jesus wants me to know, how he wants me to feel, and what he wants me to do based on what I've read that day. I want to listen to Jesus. I invite you to join me!

"Once for Him, Once for Us!" by Phil Ware is licensed under a Creative Commons License. Heartlight encourages you to share this material with others in church bulletins, personal emails, and other non-commercial uses. Please see our Usage Guidelines for more information.