Putting My Life Where My Mouth Is!

Are we willing to live up to our religious-sounding talk? 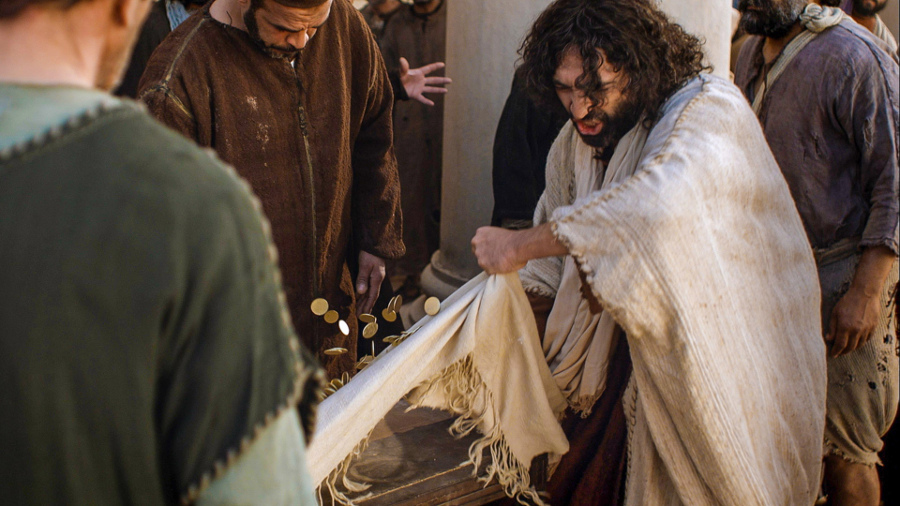 by Phil Ware (08/12/2020) | The Jesus Window
The air was sizzling with tension. Three and a half years of work had come down to this moment of intense conflict. Hatred and jealousy hung like ripe fruit waiting to drop and spew out their venom and violence. Yet far from backing down, Jesus had provoked this moment. He would incite the crowd more. They were forced to decide. He allowed them no middle ground. They had to choose: Is Jesus the Savior or a charlatan, the Messiah or a maniac, the Lord or just another religious liar.

Jesus had just angered everyone in religious and political power. He had caused a riot in the Temple as people were getting ready for the big national celebration of Passover. Jesus' turning over tables, scattering money, and setting caged animals free was irresponsible, anywhere. To do it in the Temple was incendiary, bordering on revolutionary. Such actions were dangerous.

What was Jesus thinking?

What would happen to the Temple-based economy of Jerusalem if they let this would-be Messiah from Nazareth get away with cleansing the Temple?

What would the Romans think about this disruption right on the edge of a crowded city and a powder keg of radical forces already at play in Jerusalem? 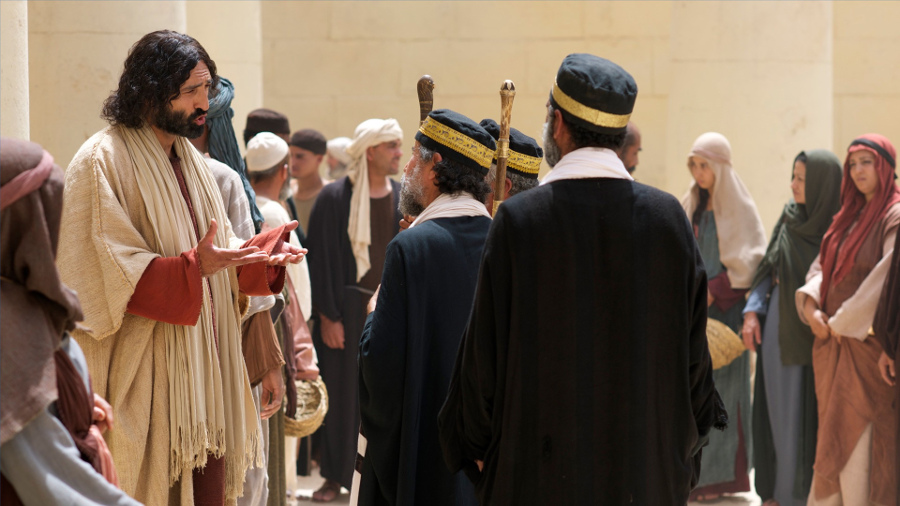 The religious and political leaders had repeatedly tried to discredit Jesus and trap Him in legal questions and technicalities. Instead, Jesus had embarrassed them with his answers and his mocking questions in reply. He had the audacity to call them out, claiming that they were shallow and selfish hypocrites, moneygrubbers, show-offs, abusive religious frauds, and snakes.

Jesus' strong words to the teachers of the Law and the Pharisees during His last trip to Jerusalem were strong enough to peel the bark of a hardwood tree (Matthew 23:1-39). I have looked at Jesus' blast of righteous anger aimed at the heart of the religious leaders from several angles to wring truth for me out of his scathing attack on religious leaders of his day: 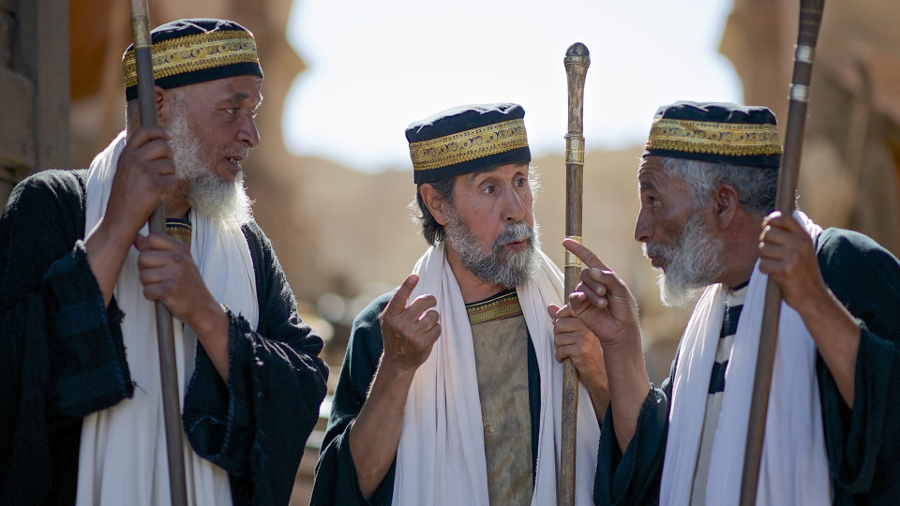 Today, however, I want to focus on just one of the statements that Jesus made in Matthew 23, his open and harsh criticism of the Pharisees and their type of religiosity:

[Jesus said] "[The Pharisees] tie up heavy, cumbersome loads and put them on other people's shoulders, but they themselves are not willing to lift a finger to move them" (Matthew 23:4).

Jesus' words haunt me. They sound remarkably similar to the charges often made today by critics of the organized church:

To put it in cornbread English, most folks view Christians as overly critical, out of touch with real life, unhelpful, quarrelsome, self-righteous, judgmental, and hypocritical.

Followers of Jesus can complain all we want about the misperceptions. We can grow frustrated and cynical ourselves and with those who have betrayed Jesus and the church by their abuses of power. Bottom line, however, as followers of Jesus, we have the ability to do something about how we are perceived no matter who is spreading propaganda against us.

To make these necessary changes, we do not have to surrender our commitment to the moral call of God. Neither do we have to give up our commitment to Scripture or truth or faithfulness. But to make this change, we MUST help folks lift and carry the burdens they face in their everyday lives. We must be about doing good while sharing God's love and grace in practical ways. 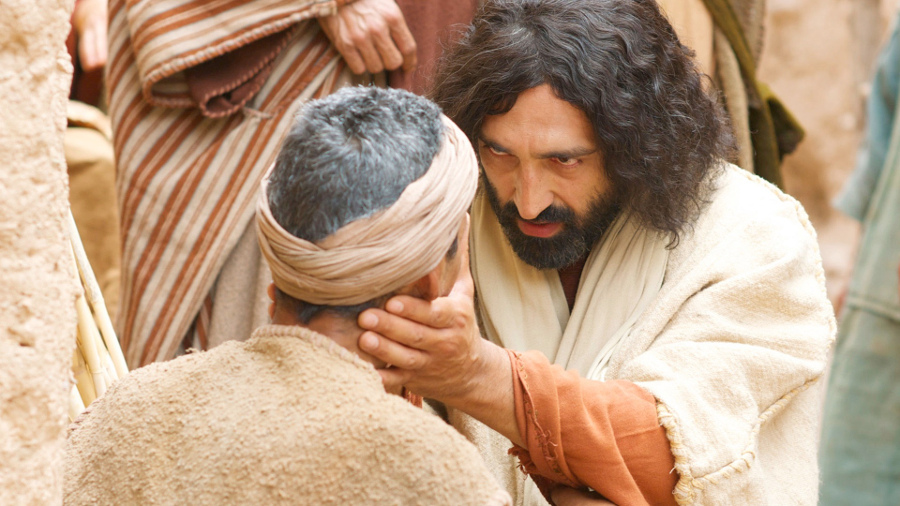 As churches, and as followers of Jesus, we are entering a situation unprecedented in most of our lifetimes. Mounting struggles, disorientation, fragmentation, unemployment, retirement concerns, and fear are seeping in around us like a river slowly swelling past its banks. So what will we DO to help?

Jesus tells us what He doesn't want us to be. He says these words knowing that they will incite His enemies and galvanize those determined to kill Him. But He says them anyway to them and us as a warning:

"They tie up heavy, cumbersome loads and put them on other people's shoulders, but they themselves are not willing to lift a finger to move them" (Matthew 23:4). 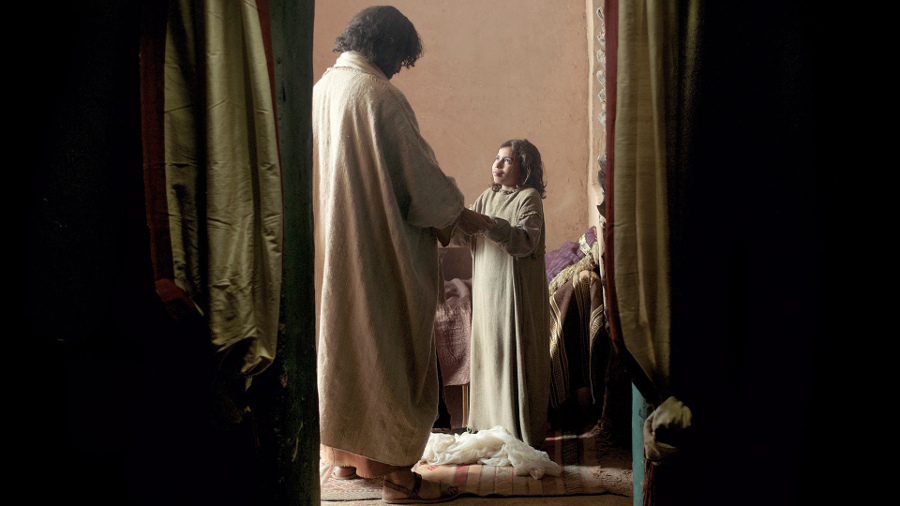 Take a look at the Gospels (Matthew, Mark, Luke, and John) and see how He was with people. Notice those with whom He associated — it is kind of hard to find someone He wouldn't spend time with if they wanted to be around Him, isn't it! Notice how He lived among the people, heard their cries for help, saw their pain, and lifted their burdens.

Jesus is calling to us, now! As Lord, he asks us to be his Body, his redemptive presence in our broken world!

When we gather around the Lord's table and share the bread, we are not only remembering His body on the cross, but we are also becoming Jesus' bodily presence in the world (1 Corinthians 11:16-17). Each time we share that bread and celebrate being Jesus' body, we need to ask:

Will we continue to do for others what our Lord did when he was physically present?

Jesus was the opposite of those who gave folks heavy burdens and refused to help them carry those burdens. And now, in times like ours, we have to decide: Will we live to serve those around us as our Lord did? He allows us no middle ground. We have to choose: Is he Savior or charlatan, Messiah or maniac, Lord or liar. If Jesus is Savior, Messiah, and Lord, then we must follow his example and obey his words!

Recognizing that we are called to be Jesus' bodily presence in our broken world should be world-changing for our behaviors toward the world!
And if we decide that Jesus is our hero, then we are going to live with others and for others as he did! And as we do, the Lord has given us this promise: "As you serve others in My name, you are serving me" (Matthew 25:40, loose paraphrase). Jesus becomes real to others through our actions. Jesus becomes real to us through the people we serve. We leave religion behind and begin to live redemptively in a relationship with the world empowered by the Lord, who gave his life to redeem it!

Such a calling is not easy, not in our hostile and confusing world. However, it can be world-changing. And I can't think of a time in my life when our world needed more changing, more grace, and more Jesus. 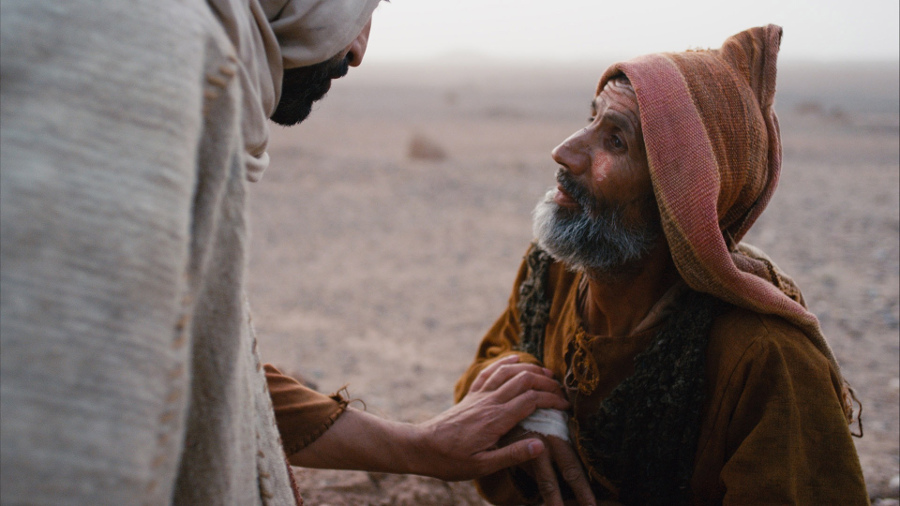 LIFE Questions for Contemplation and Discussion:

Do you think the three things listed above are really how most non-believers see churchgoers? (That most Christians today are hypocrites who lay burdens and guilt trips on people and don't do much to help the brokenness in the world.)

Why do you think they believe this about believers?

Do you think this is a fair estimation of how religious people are portrayed today?

What can you do to change people's impressions of Jesus' followers today?

What is one specific and practical thing your church or small group or group of friends do to help serve the broken in your community, especially now during social distancing?

What is one specific thing you could do to help serve those with whom you work, go to school, or meet in daily life?

What are things that Christ-followers you know are doing today to serve the community around them that you could join in doing?

* You may quarrel with the conclusions, but take a look at the following books for a sobering reminder of how Christians are perceived in today's culture: UnChristian and They Like Jesus But Not the Church.

"Putting My Life Where My Mouth Is!" by Phil Ware is licensed under a Creative Commons License. Heartlight encourages you to share this material with others in church bulletins, personal emails, and other non-commercial uses. Please see our Usage Guidelines for more information.