A Place at Dinner with Jesus

Who would you have eat with you at your table? 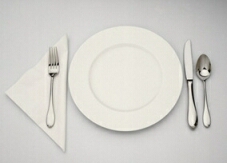 by Randy Becton (01/14/2004) | The Caring Touch
In the mid 1820's, wealthy plantation owners in Atlanta, Georgia were best known for the lavish dinner parties they gave, honoring each other, famous authors, politicians, businessmen, and anyone who would further their reputation of "greatness."

One thing was certain about these gatherings: no one would expect a slave to be seated with them in a place of honor. Slaves and white people didn't eat dinner together in the same room, much less at the same table back then. Some call it "culture" while others know it as "racism."

The scandal that Jesus caused in first century Palestinian Judaism was precisely this: Jesus welcomed table fellowship with beggars, prostitutes, tax collectors and others thought of as social outcasts or religiously inferior.

Jesus loved sinners. He knew who the hated were. He welcomed people to share a meal with him not just when they had a bad reputation, but even when that reputation was well-deserved. We are told that the religious leaders were outraged, in part, because they believed these dinners gave God a bad name.

Those who know the significance of "sharing a meal" in the Eastern culture of Jesus' day tell us that the invitation to "come to my table" meant that friendship was being offered. So if you invited Zacchaeus to a meal in the presence of a number of people, you would be sharing his shame and guilt, and even an approval of his sinful life. (Luke 19:1-10) That's exactly Jesus' mistake — unless we understand that Jesus was bringing Zacchaeus God's offer of a fresh beginning, new dignity, a friendship with God.

When I read about the way Jesus treated people, I see Jesus, whom Scripture claims is God come in the flesh, constantly representing the most dramatic expression of God's redeeming love and mercy. Scripture gives us the picture of Jesus regularly sharing meals with people. But the picture leads us to think that the Jewish religious leaders weren't at the table with Jesus. Jesus' message was one of peace and reconciliation with God, for whoever knew they were not worthy of God's attention. But the last to appear willing to humble themselves were the religious leaders (according to Matthew, Mark, Luke, and John).

Jesus once spoke to an expert in the Jewish law and told him that the most important commandment in the Law is "Love the Lord your God with all your heart, soul, and mind." The second most important commandment is "Love others as much as you love yourself." (Matthew 22:37-39) In his essay on "Healing Through Meal-Sharing", Brennan Manning says that Jesus is telling us "the only norm for a good and faithful disciple is that he be a professional lover of God and people."*

I began by referring to the plantations around Atlanta. It would have been viewed "scandalous" to invite slaves to a meal with their owner. But God is the owner of all that exists! His amazing offer to humanity is that, though our sins have separated us from him, he has reconciled us to himself through the cross of Jesus. (2 Corinthians 5:17-21)

We are all invited to God's banquet table to eat with the friend of sinners, Jesus Christ!

"A Place at Dinner with Jesus" by Randy Becton is licensed under a Creative Commons License. Heartlight encourages you to share this material with others in church bulletins, personal emails, and other non-commercial uses. Please see our Usage Guidelines for more information.