If the goal is to reach people who don't know much or anything about you, your church, the Bible, or God, you must meet them at the point of the question. 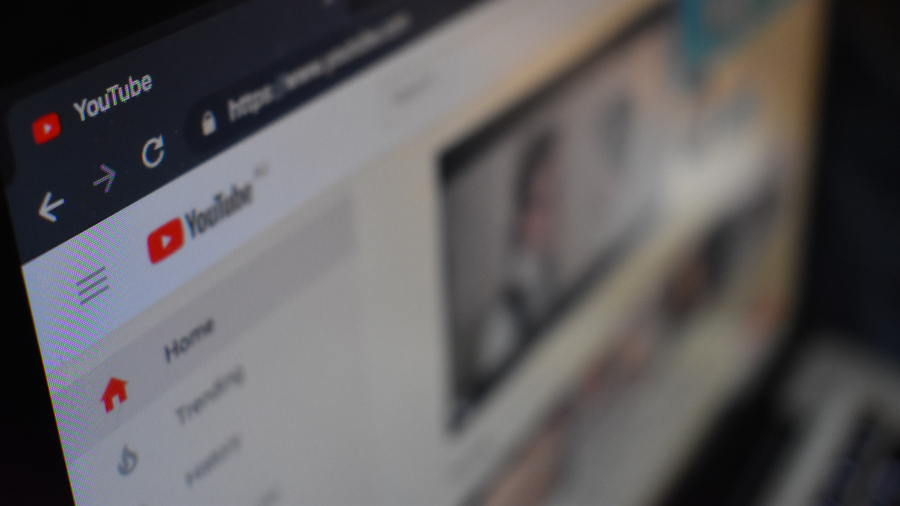 Editor's Note:
Now, more than ever, many of you as churches, preachers, and teachers, have video content on the web. How will you make it connect with those looking for help from Jesus? Here are some practical, innovative, and proven steps to make a difference with all that work. It's time for us to quit sharing Jesus only with ourselves!

If you are like most pastors, preachers, Bible teachers, or a person in a church leadership position, you've probably heard for years that you should be using the internet to reach people. In fact, you are probably tired of hearing it! If you are like most churches, your website is barely getting any traffic. If the truth is told, most of the visitors to your website are likely church members or staff, not the elusive "lost" or "hurting" who don't know Jesus or don't go to church.

Having run an Internet marketing agency for nearly twenty years now, I'm very familiar with that glazed look in the eyes of pastors when anyone starts talking to them about putting lessons or sermons online. Even more church leaders are reluctant from being told to use the church website to reach people. On top of all of this, most church leaders are exhausted from trying to get their virtual church up and running during the pandemic. After learning the true numbers of people actually digging into their services, their website numbers, and the quality views of their sermons online, they are tired of doing it and talking about it.

Maybe — I hope! — your church is the rare exception. However, most church staff I've spoken with feel like their church website borders on being a waste of time. One youth pastor described their church website to me as something that used to be a way to appease guilt and spend money under the title of "outreach," but now the guilt is felt more by spending money on the website at all, at least under the guise of doing outreach. It's more under the category of "preaching to the choir," or at least some of "the choir" who bother going to our website. It's something that we assume is good to do, but is certainly not an outreach tool into the community.

How do we more effectively minister through online ministry? 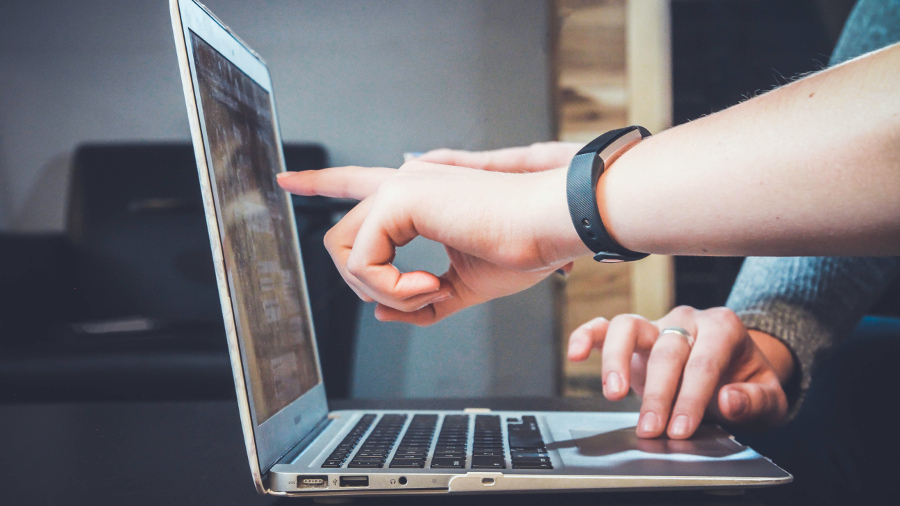 The Important Tip Given a Receptive Pastor

For a time, my agency stopped seeking churches as clients. Many churches had been burned by overpriced and over-hyped websites or cheesy promises of how desperate seekers would find their church online and come flocking to the Sunday worship. Some were also embarrassed at the amount of work and money that had been put into a website in anticipation of large visitors, only to see anemic traffic stats. Our agency found convincing a church that we could help them reach people to be very difficult.

One pastor shared the following with me in bored and monotone voice:

For a couple of years we went over traffic stats for our website once a month at staff meetings. The numbers were so low and never improved so we don't even talk about it now. It was almost depressing.

That pastor was also putting his sermons on YouTube and had a smirk on his face when he said that he felt silly announcing that they were there and that the number of subscribers had gone unchanged for nearly two years:

When I tell the people already there that my sermons are on YouTube as well, it's almost pointless because the people there listening don't really have a need to watch that sermon again on YouTube. At least I'd say that it's exceptionally rare. So, I feel silly saying it and then seeing that a sermon receives 14 viewers. It's discouraging.

Perhaps I was placed in his path for a reason. I started asking questions about how he was describing and entitling his YouTube sermons. Basically, the titles he used on YouTube were the dates of his sermons. He tried to entitle a few of them with the name of his sermon but it seemed to make no difference. So, he went back to using the dates of the sermon, and each sermon was titled something like, "Sunday Sermon May 8, 2020."

When he had tried using sermon titles, they were something like "The Night the Jailhouse Rocked," for a sermon about Acts 16:25-34, or "The Sheep of His Pasture." Nothing wrong with those titles for folks at the building, except for people on the web, no one was searching for those titles as ideas of needs.

In other words, if someone with a question about the Bible or God went to Google or YouTube.com, they are not going to type in "The Sheep of His Pasture" or "The Night The Jail House Rocked." Those might be clever titles to people who already know who you are and are already watching. If the goal is to reach people who don't know much or anything about you, your church, the Bible, or God, you must meet them at the point of the question!

"The questions might be difficult," I suggested, "such as, 'Why doesn't God answer prayer?' That's one that someone who is frustrated with God or religion might ask." 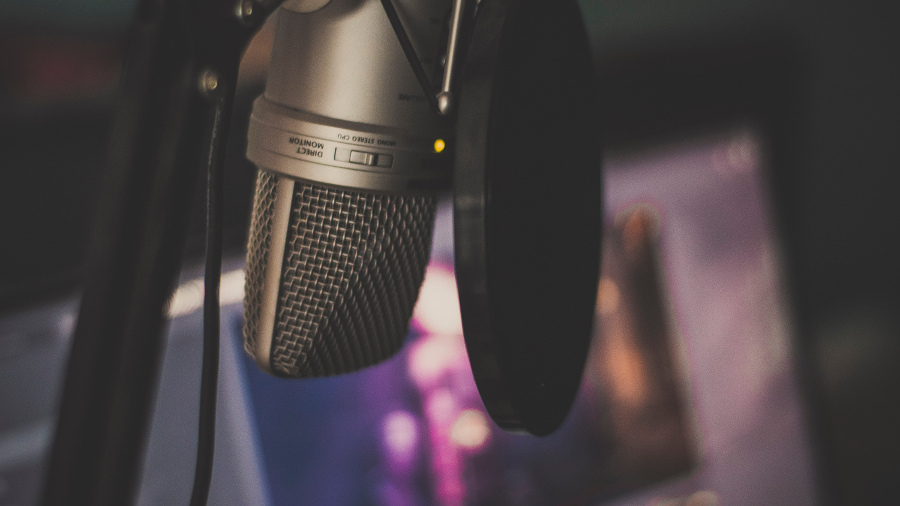 I further explained, "There is even a place for Scripture in your titles as well. For example, 'Acts 2 and Baptism' or 'What does it mean for a camel to go through the eye of a needle? Matthew 19:24; Mark 10:25; Luke 18:25.' See your sermons as answering a question when you choose a title for them on YouTube. You don't really get credit for puns or poetic titles when people are looking to answer their questions."

I had grown used to that glazed look I described earlier — and on no action being taken due to doubts that anything might work. However, this time what I said apparently resonated with this preacher. He thought it was worth a try.

He wasn't a pastor of a large church and didn't even have 100 YouTube subscribers, but he went through and changed some sermon titles as I had suggested. He called me with additional questions, and I consulted with him at no charge. At the time, I didn't even think that he would do much — I thought he was more curious about what I had said. However, he went through his videos and changed their titles. He also added two or three paragraphs with a specific description of his message. He also structured his sermons that way going forward and as he added new sermons to his YouTube channel.

What Do You Know, It Worked

A few months later, he called to ask me another question. I asked him how it had been going. He explained that many of his sermons that hadn't even received an additional view in two years or more now had hundreds of new views. In fact, his subscriber rate had more than doubled in those few months. One of his sermons, in fact, had really caught fire and had had nearly 1000 views. In only three weeks and was now his top viewed video.

That worked! What else can I do that is effective?
His videos weren't studio quality by any stretch. In fact, the audio wasn't even very good but what people care about the most is if your content is what they are seeking.

"What else can I do to boost this even more?" he asked.

I had his attention and he was hungry to do more than just the basics. So I explained how he could now make each of those videos even more effective — both in YouTube and Google search. Even more important, this step would make it more attractive based on how many people could actually consume the videos.

I told him to caption them!

You see, if we are just talking about the United States, 20% of our citizens are deaf or hard of hearing. That's 50 million people!

People with hearing impairments aren't the only ones who watch YouTube videos with captions. A surprisingly large number of people prefer to watch YouTube videos with the sound off and just read the captions. That's probably you if you have ever watched a video in a waiting room, in a car with other people, when people are asleep, or when you had difficulty understanding someone due to audio or an accent.

When someone wants captions and your video doesn't provide them, they are unlikely to watch. That's true if your video only relies on YouTube's auto-captioning which is still a highly inexact science — YouTube doesn't even add the "CC" icon by your video if that's all you have. So if your video doesn't have captions, you are potentially missing out on 45-60% of people who would view your video otherwise!

There are professional YouTube captioning services where large numbers of videos can be captioned quickly by people who know how to caption and who are U.S. based with English as their first language. Captions are also available in other languages that will expand your reach even more, but I suggest starting with the language of your sermons. 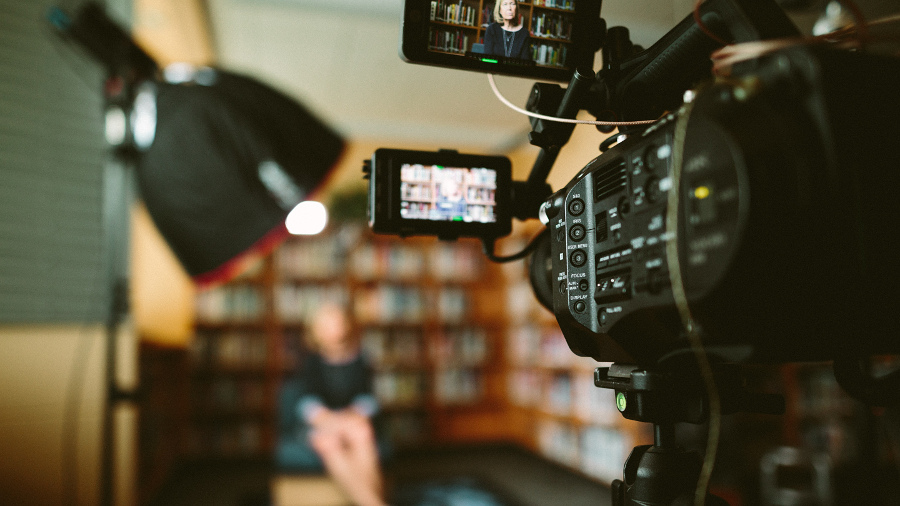 Editor's Note: Lee Wilson is a relationship coach and internet marketer whose YouTube channel has 110,000 subscribers at the time of this writing.

"Using YouTube® To Reach More People (Really!)" by Lee Wilson is licensed under a Creative Commons License. Heartlight encourages you to share this material with others in church bulletins, personal emails, and other non-commercial uses. Please see our Usage Guidelines for more information.