Teach Us to Pray 13: Ending Praise

For many, the added ending is not a good thing, and it is certainly NOT a 'Jesus thing'! 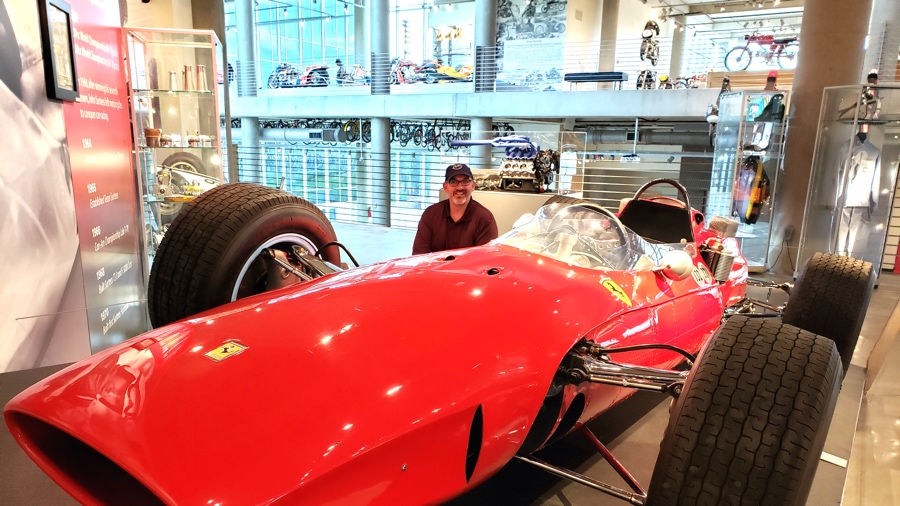 by Phil Ware (11/20/2019) | The Jesus Window
I'm not sure when I realized my dad was cool. That's not something teenage boys readily admitted. My dad's illness of 11 years also jaded much of my adolescent experience. His illness ended with his death in my twenty-fifth year.

Now, nearly forty years later, I can say it unabashedly: My dad was cool! He wasn't perfect. I carry some "owies" and bad habits I picked up from him, just as my children have some of their own because of me. Nevertheless, my dad was cool.

He led many teens and young adults to Christ. He was fun and a bit on the wild side, which made life adventuresome. His example empowered me to be willing to take risks so that I could enjoy life and fully live out the potential of my gifts. He taught me to hunt and fish. He taught me to drive and enjoy the horsepower and handling of a fine automobile designed for speed. He shared himself with me — the good, the bad, and the wounded.

On a recent trip with my grown son to the Gridiron Christian Men's Conference, we went to a car and motorcycle museum outside of Birmingham, Alabama. As we walked into the door of the museum, on the right at the entrance sat one of Jim Clark's 1963 green and yellow Indy cars. No one had to tell me what it was. Surprisingly, the person from the museum had to look it up. He turned to me and said, "Yep, you're right. It's Jim Clark's 1963 back-up Indy car." 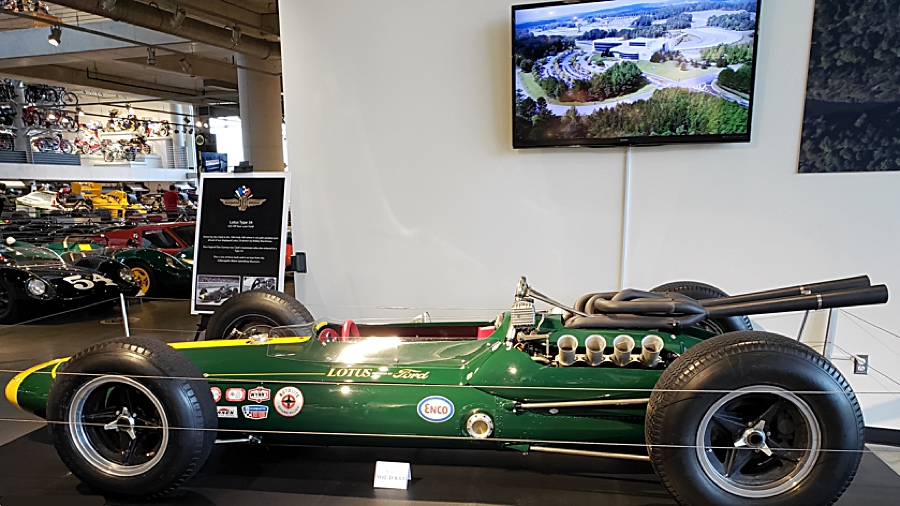 My dad and I had rushed home from church to listen to the 1963 race on the radio, then watched the taped delay broadcast on ABC that Sunday night. We then ordered a kit and built a very detailed model of his car, then hand-painted each of the parts the correct color to match Clark's green — the color was a scandal in those days — race car. To share those memories with my son was precious.

Why do I share this in the context of The Lord's Prayer?

For yours is the kingdom and the power and the glory forever. Amen. (Matthew 6:13b ESV).

We were taught to add this when we memorized it as children or heard it in church. Most of us now know that Jesus didn't say this part of the prayer. The ending praise was added hundreds of years later. The assumption is that the prayer of Jesus seemed too short and simple. Someone felt that these words of adoration and proper respect were needed. The ending praise made the prayer more acceptable for liturgical use in public church worship.

Like many commentators, my younger self objected to these words. They weren't original to Jesus. We should never include them. In my era of theological black and white issues, the ending seems to contradict the essence of what Jesus taught before giving us The Lord's Prayer:

From this point of view, the ending praise added to The Lord's Prayer was intended to ransom it from the simple words of Jesus. They make Jesus' simple prayer sound more holy and better for sincere worshippers. For many of us, however, the ending was not a good thing; it is certainly NOT a "Jesus thing"! 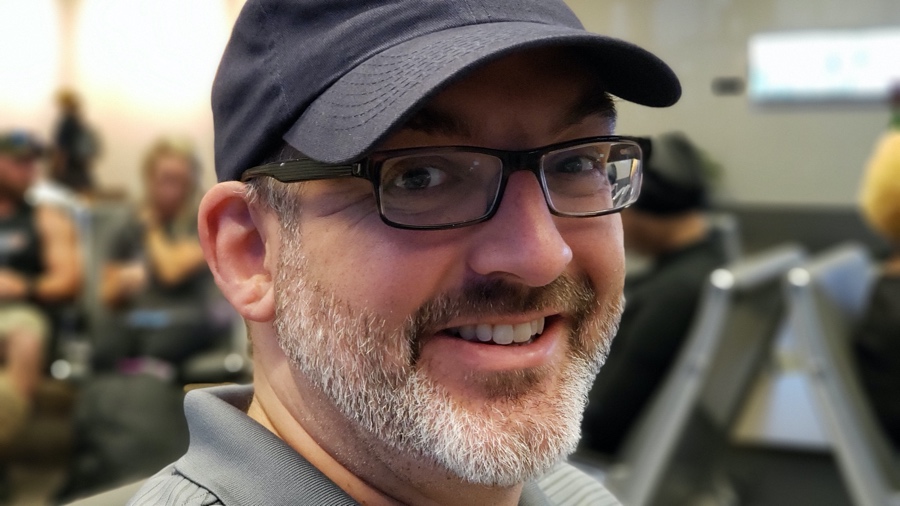 [My son, Zach, at the Gridiron Men's Conference with me in Birmingham.]

As I have aged, and hopefully mellowed and become less strident, I have re-framed the ending into something like my memories of my dad. This God, whom I praise, is also my Abba Father. He is magnificent and glorious, as well as tender and near. To put it into slang (not meant to demean or diminish the glory of God), our Abba is the coolest Father ever.

Think of how amazing the truth of all of this is. The great and glorious God is our loving, and attentive Father. In his greatness, he has chosen to adopt and welcome us into his tender embrace. No matter how high and exalted, he is always ready to turn his attentive ear in our direction. He has an ever-present desire to hear the emotions and convictions of each of our hearts. As Isaiah said many years before Jesus, while hinting of Jesus' coming:

For this is what the high and exalted One says —


he who lives forever, whose name is holy:

"I live in a high and holy place,
but also with the one who is contrite and lowly in spirit,
to revive the spirit of the lowly
and to revive the heart of the contrite
(Isaiah 57:15).

Suddenly, at least for me, this praise ending isn't a bunch of religious-sounding talk that diminishes the simple prayer and drags it into the shadows of our stained-glass ghetto of sanctimonious church-speak. It is a realization of God's greatness. It is a reminder of his tender mercy and grace to be readily available to us. Rather than superfluous and fluffy language to dress up our prayers, it is a reminder of how gloriously simple we can be in the presence of the Creator of the universe. 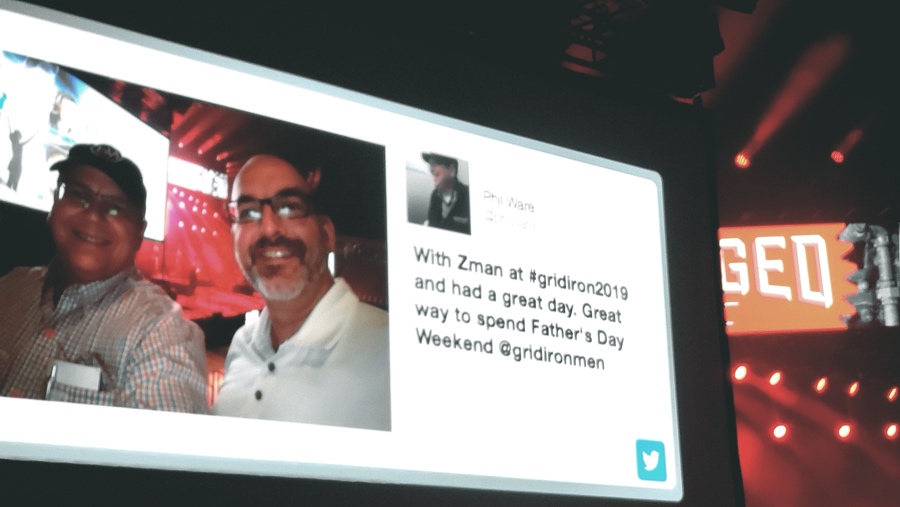 This understanding is vital to me because this allows The Lord's Prayer to begin and end with praise. It is a reminder of my mission to live out the implications of the simple prayer propelled by the great God I call Father. God's mission for us begins with our recognition of how great and gracious God is and how we desperately need him to be all that we can be. That recognition was true for Isaiah when God called him, and he responded, "Here am I. Send me!" (Isaiah 6:1-8). It was equally true when the church in Antioch sent Barnabas and Saul (aka, the apostle Paul), at the beginning of many missionary journeys (Acts 13:1-3).

I invite you to share the prayer with me as we conclude our journey. We will add the "ending praise" to the prayer: not because we need to dress up the simple prayer of Jesus, but because we know how awesome and awe-inspiring the grace and mercy of our Abba is:

Our Father in heaven,
hallowed be your name.
Your kingdom come.
Your will be done,
on earth as it is in heaven.

Give us this day our daily bread.
And forgive us our debts,
as we also have forgiven our debtors.

Lead us not into temptation,
but deliver us from evil.

For yours is the kingdom and the power and the glory forever. Amen.

For yours is the kingdom and the power and the glory...

When I was a kid, one of the highlights of every summer was camp. Some called it "Bible Camp," and others called it "Church Camp." For me, it was simply a time to get away with other like-minded people of my age who were trying to live in the world like Jesus. No small task for me!

For a few years in a row, one of the "special guests" was a guy named Ben with a funny last name — Zickefoose. Ben Zickefoose would ride his motorcycle around the country and put on exhibitions called "Gymnastics to the Glory of God." A Physical Education Professor at Abilene Christian University, Ben would devote his summers and weekends to illustrate spiritual principles by balancing. He would perform stunts using chairs, tables, ladders, and people from the audience to apply Bible principles and challenge us to think about how the talents and gifts God had given us could be used to bring glory to God. Ben was a gymnast, and he knew gymnastics. And Ben figured out a way to give God glory in it! Ben did not just worship God on Sundays; the entirety of his life was bent toward God's glory. Ben told us about a kingdom that was not of this world. Ben demonstrated a life that was fueled by a power that was not political. Ben took the gift he had and used it for God. And God was glorified!

Luther wrote those words at a time, not totally unlike our time. The "Secular-Sacred" divide was deeply entrenched. They were radical words; they still are!

The Christian shoemaker does his duty not by putting little crosses on the shoes, but by making good shoes because God is interested in good craftsmanship.
My younger self objected to the ending praise. These words weren't original to Jesus.
Luther saw an opportunity for the kingdom to come and for God's power to be made manifest in the lives of ordinary people. And God was glorified!

And Martin Luther King, Jr., stood on his namesake's shoulders when he said:

MLK Jr. envisioned God's glory being broadcast across a land of hatred and bigotry through the kingdom-lives of ordinary people. And God was glorified!

The Apostle Paul reminds us:

Whatever you have to do today, do it to bring glory and honor to God! Remember the kingdom to which you belong. Remember the power within you — that Holy Spirit power that is greater than the power that is in the world. Your "To-Do List" can become more than just a set of tasks. It can become a "Glory Guide" to magnify and worship the Father in heaven whose name is Hallowed.

May you enroll again in the school of Jesus — the one who taught us to pray,

Our Father in heaven,
hallowed be your name.
Your kingdom come.
Your will be done,
on earth as it is in heaven.

Give us this day our daily bread.
And forgive us our debts,
as we also have forgiven our debtors.

Lead us not into temptation,
but deliver us from evil.

For yours is the kingdom and the power and the glory forever. Amen.

Before pursuing the call to ministry, Doug graduated from Midwestern State University and worked in electrical engineering at Comanche Peak Nuclear Power Plant. Sensing God's leading to serve the church in a full-time capacity, Doug attended Abilene Christian University (BA, MS, M.Div, and D.Min) and has been in ministry since 1989. Doug most recently held the Chair of Preaching and Ministry at Oklahoma Christian University. Doug and his wife Sheryl have two adult daughters, Lauren and Alani. He has served churches in Winters, Arlington, and Conroe (Houston area), Texas. He is also a resource support for Interim Ministry Partners and a dear friend of Heartlight.

"Teach Us to Pray 13: Ending Praise" by Phil Ware is licensed under a Creative Commons License. Heartlight encourages you to share this material with others in church bulletins, personal emails, and other non-commercial uses. Please see our Usage Guidelines for more information.