A King headed to a cross, the foal of a donkey, and a formerly blind man who followed along the way. 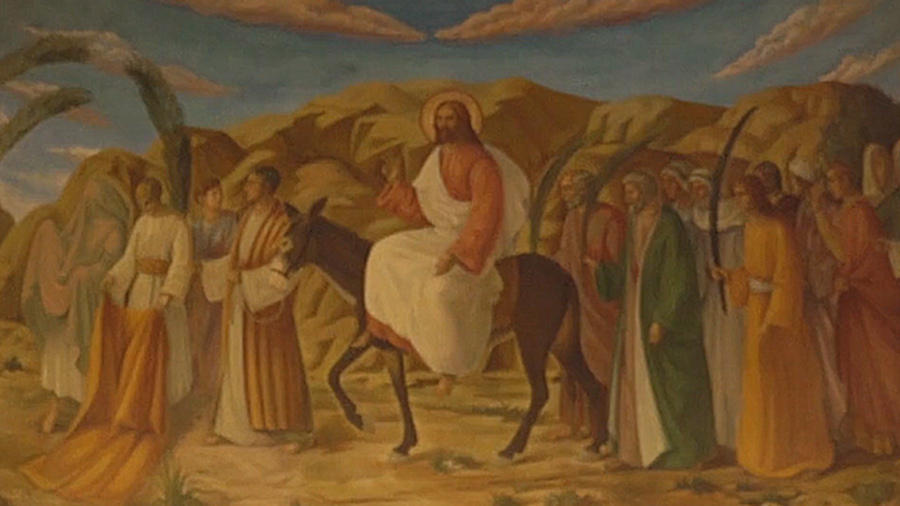 Jesus said, “For judgment I have come into this world, so that the blind will see and those who see will become blind" (John 9:39).

James Nored talks about Jesus as the unrecognizable king because he didn’t fit the expectations of the people of his day:

Here comes the coming King, bringing grace on his way to the cross.
Jesus promised to reign in his kingdom. However, Jesus insisted that his reign would bring his kingdom to the poor in spirit, his comfort to those who mourn, the rightful inheritance of the earth to the meek, fulfillment to those who hunger and thirst for righteousness, God’s mercy for those who are merciful, and his kingdom to those who are persecuted — these are the blessed ones under his rule (Matthew 6:3-10). Power, might, revenge, and conquest are noticeably absent from his description of his kingdom. His reign ensures that the sick are made well, the poor find relief, the imprisoned are freed, the hungry are fed, the blind can see, and the lame can walk (Luke 4:18-21; 10:9).

No wonder most people failed to see (or refused to see) Jesus as God’s chosen king. They were expecting a warrior, a deliverer, a mighty ruler who would cast off their political oppressors and restore their honor as a powerful nation. They couldn’t — maybe it is more accurate to say, they wouldn’t recognize a king who talked about the last being first, the least being greatest, and the lost being found. They weren’t ready to become like children so they could enter the kingdom of King Jesus, the LORD’s Christ, and their Messiah. They would not see Jesus as their king because they were blinded by their own description of the kind of king they wanted. 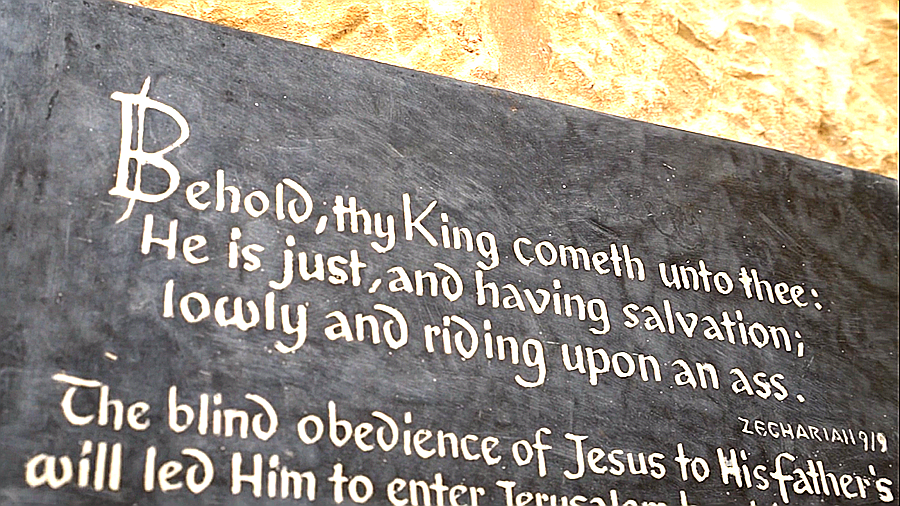 Of course, the real question for you and me is this: Will I follow Jesus as my king and follow him in the way of the cross?

Many of us today who claim to follow Jesus want our mess of a world to reflect the way of Jesus, yet we want to enforce this way or bring this way, by force or political conquest. We want the power to change the way our world works without following the way Jesus chose to be Messiah — the way of loving surrender, full obedience to the Father's will, and selfless service to the lost and broken. We want a different kind of Messiah so we can justify our way of bringing Jesus' kingdom. Unfortunately, many do not see Jesus any more clearly than those who were confused with why Jesus would allow himself to go to the cross.

Jesus made clear that following him in the way of the cross is not optional (Mark 8:34-38). Paul reminded his beloved friends in Philippi that in their life together, they too must follow Jesus in the way of the cross (Philippians 2:5-11). You see, we are called to be people who embrace the upside down Messiah and live in the upside down kingdom because this is exactly the kind of God we honor as the Almighty: the Father who gave up his Son to make us his children (John 3:16-17) and form a family who is made of people who live by that same set of upside down values rooted in love (1 John 3:16-18). 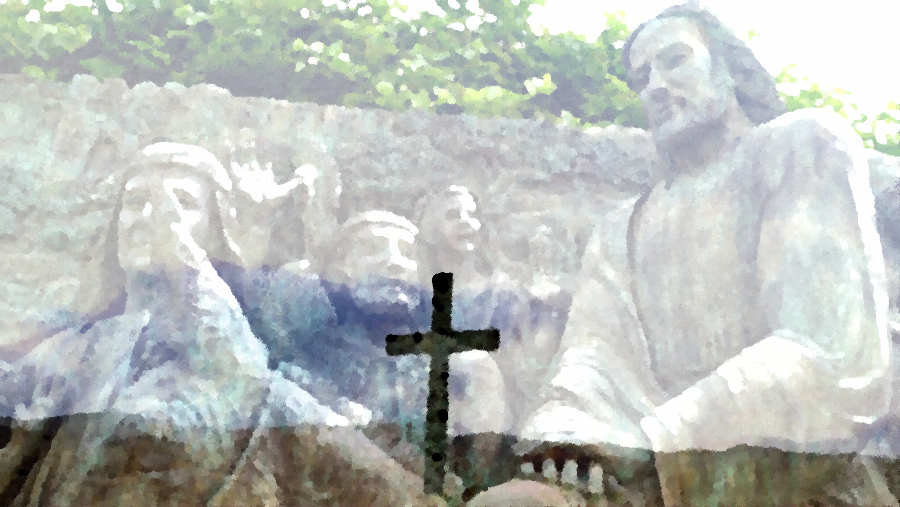 Interestingly, the one who did recognize Jesus was king, the one who was willing to follow Jesus in the way of the cross, was a blind man named Bartimaeus (Mark 10:46-52). He is our example. He is our reminder. In a world upside down to God — a world craving notoriety, power, prestige, and position — we are called to live like our Savior, the upside down Messiah. We are called to stoop, to serve, to sacrifice, and to save. When we do, we suddenly discover that we can see Jesus, and everything else, much more clearly!

"Truly See the Coming King" by James Nored & Phil Ware is licensed under a Creative Commons License. Heartlight encourages you to share this material with others in church bulletins, personal emails, and other non-commercial uses. Please see our Usage Guidelines for more information.