Maybe you're like me and have imagined these kinds of things as you've read the story of Jesus. 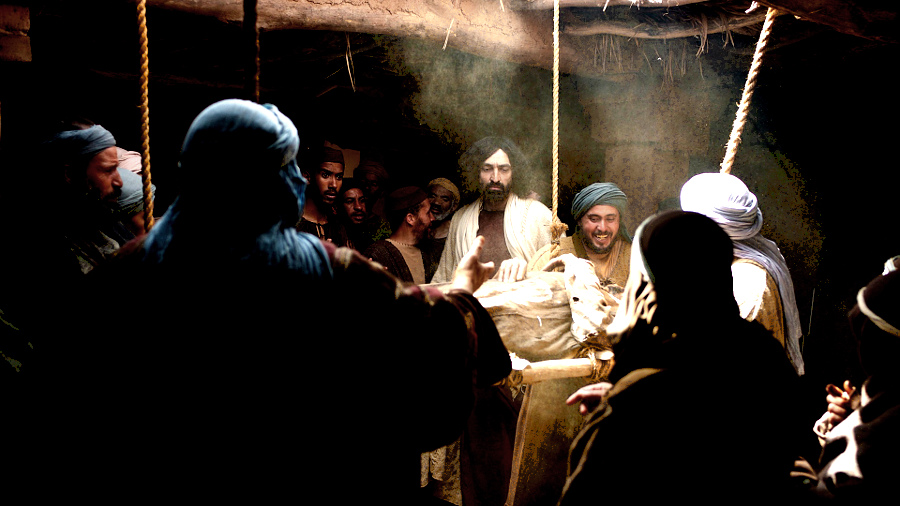 As I have read the story of Jesus in the gospels (Matthew, Mark, Luke, and John), I have caught myself yearning to have been present. I would love to have heard and seen Jesus at work in his earthly ministry. Because of that yearning, I've wondered:

What was the expression on his face when he said this or did that?

How did his eyes and touch communicate his compassion?

Did folks have a hard time seeing when the light pierced through the dancing dust and straw when the four friends dug a hole in that roof?

Maybe you're like me and have imagined these kinds of things as you've read the story of Jesus.

I'll also admit that part of me would never want to go back to Golgotha and see the Lord's horrifying agony. However, with all that he has done for me, I would like to have gone back and been there for him while he was so alone, abandoned, forsaken, denied, and betrayed by those close to him. I hope that I would have joined him in prayer for the mislead crowd who mocked him as he pleaded, "Father, forgive them, they don't know what they are doing." I would like to have been there to say "Amen!" to the Centurion's pronouncement of faith, "Surely, this was the Son of God!"

Most of all, I would like to have seen the resurrected Jesus. I would have been blessed to have been with Mary and the women who took the spices to the tomb and met Jesus! I'd love to have seen Peter and John as they raced to the tomb. I would have liked to have been the third disciple on the road to Emmaus. I would be thrilled to be able to go back to the upper room when the ten apostles met Jesus, and he ate fish to show them that he wasn't a ghost. I would gladly go back to have seen Thomas put his hands into scars on Jesus' body and confess, "My Lord and my God!" I would even settle for being with James, the half-brother of Jesus, when the Lord showed himself to his once unbelieving brother and ignited the faith in Jerusalem's future church leader. And, I believe it would have been a blessing to be with the 500 to whom Jesus' appeared after his resurrection. 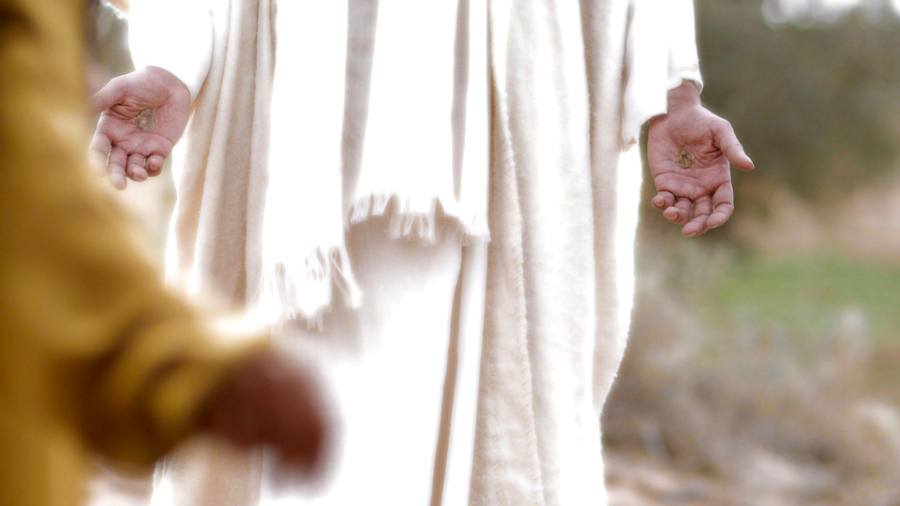 But I can't time travel. Neither can you.

What if there was a way that we could meet Jesus and share in those events that saved us? Would you believe me if I told you there was and it was something Jesus planned and anticipated for us?

Listen carefully to the apostle Paul's words to folks who were feeling less Christian than those who personally knew Jesus:

For in Christ all the fullness of the Deity lives in bodily form, and in Christ you have been brought to fullness. He is the head over every power and authority. In him you were also circumcised with a circumcision not performed by human hands. Your whole self ruled by the flesh was put off when you were circumcised by Christ, having been buried with him in baptism, in which you were also raised with him through your faith in the working of God, who raised him from the dead (Colossians 2:9-12).

Paul is saying that if we have been baptized, we haven't missed out. Instead, we "have been brought to fullness" in Christ. We've received the full blessing!

Well, the "flesh" part of us, that part of us sometimes called our sinful nature, was removed from us because we died and were buried with Jesus in baptism. We entered into his death experience.[NOTE] Then, through our faith in the powerful working of God, we have been raised with Jesus. We have not only believed in Jesus, but we have participated in the Lord's resurrection! The real and forever-living part of us has been raised with Christ and is guarded in the safety of God's presence until Jesus returns for us (Colossians 3:1-4).

Paul's teaching is an astounding promise we have often overlooked. Can it be true? Can we share in Jesus' death to honor his sacrifice and end the fleshly hold on us? Is it possible that we can be part of the Lord's resurrection story, today?

When we read from other places in the New Testament, this grace of sharing in Jesus' death, burial, and resurrection are talked about in even more detail (Romans 6:3-14). Our life, because of our trust in Jesus' death, burial, and resurrection, is joined to his and we are given new life with him (Titus 3:3-7; Romans 6:4). Just as the Spirit of the living God revived Jesus from the dead, we too are empowered by the Spirit to live a new life. Our sins are not just forgiven; they're also eradicated from us by the grace given us in the blood of Jesus and the cleansing brought to us through the Holy Spirit (Acts 2:38-39; 1 Corinthians 6:9-11). And, because we have been "united with him in a death like his, we will certainly also be united with him in a resurrection like his" (Romans 6:5)! 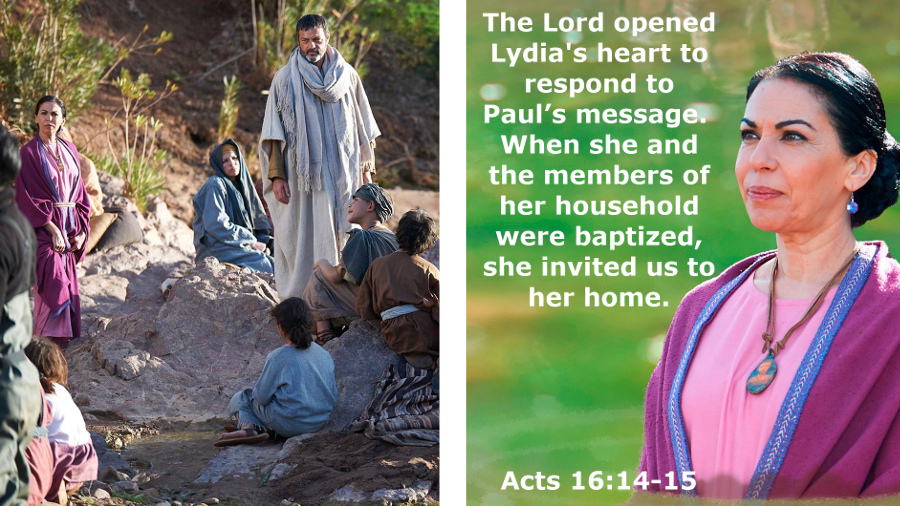 So, let's be more joyous and celebratory when we see someone baptized. Not only are they doing what Jesus sent us into the world to teach them to do (Matthew 28:18-20), as well as doing what Jesus himself did (Luke 3:20-22), they are providing us a great opportunity. We get to share their re-living Jesus' saving work as they participate in his death, burial, and resurrection and as they call on his name as Lord before us as their witnesses (Romans 10:9-13; Acts 22:16). The power of the cross and the empty tomb are real. More than a symbol or a step or work, we witness the gospel being experienced and shared (1 Corinthians 15:3-7).

I wasn't alive when Jesus died for me. I wasn't there when Joseph and Nicodemus buried him. I wasn't there when that stone rolled away, and Jesus was raised. But, I have been united with him in those events. He didn't just do them for me; he also has done them with me! Their power isn't long ago and far away, but can be experienced in our time. The power of his grace wasn't just in those moments then, but real again in the lives of people who believe that God can do anything, anytime he wants, and with whoever believes in the saving work of Jesus. Praise God, because we get to experience this grace ourselves, "with Christ"! 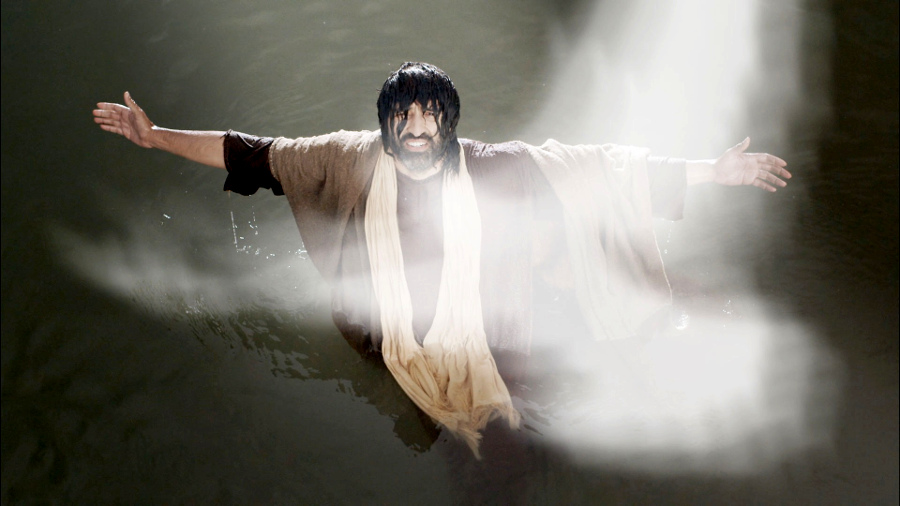 Let's be more joyous and celebratory when we see someone baptized.

[NOTE] Sometimes people confuse baptism with Jewish circumcision based on this passage. However, if you read Colossians 2:9-15 carefully, you notice that the circumcision Jesus brings in baptism isn't like the Jewish symbol of the covenant. Instead, it cuts much deeper than the flesh. It is the "circumcision of the heart" talked about in the Old Testament (Deuteronomy 10:16; 30:6; Jeremiah 9:25; cf. Romans 2:29). In baptism, this circumcision done by Christ and accomplishes the following things as the person shares in Jesus’ death, burial, and resurrection (Colossians 2:13-15):

Please notice, however, a couple of key points. None of this work of salvation is because of what the person being baptized does. When a person was baptized in the early church, they were baptized because of their faith that relied on Jesus' saving work in his death, burial, and resurrection. Baptism in the New Testament is a passive verb; it is something done to the person baptized, not accomplished by that person. Christian baptism (and the baptism practiced by John the Baptist and Jesus) was different from Jewish baptism. Jewish baptisms were washings that were self-administered. But, Christian baptism was done by someone else to the person being baptized as they called on Jesus, trusting him for their salvation (Romans 10:9-13; Acts 22:16). The one being baptized submitted in faith, trusting in what Jesus did to purchase his or her salvation, not to win salvation.

Special thanks for the use of images related to Lydia’s conversion from The Lumo Project.

"Resurrection 2.8: With Christ" by Phil Ware is licensed under a Creative Commons License. Heartlight encourages you to share this material with others in church bulletins, personal emails, and other non-commercial uses. Please see our Usage Guidelines for more information.