I was taught to appreciate the beauty of the world and to see in that beauty glimpses of its Creator. 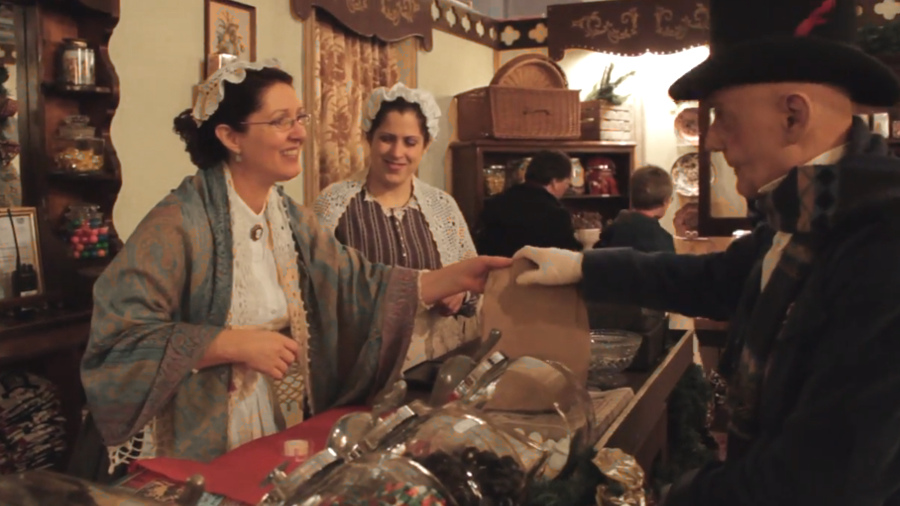 [F]or all have sinned and fall short of the glory of God, and all are justified freely by his grace through the redemption that came by Christ Jesus (Romans 3:23-24).

Julie Scheeres wrote a piece for "The New York Times" recently in which she recalled standing in line with her 9-year-old daughter at the Great Dickens Christmas Fair near San Francisco. As they waited for meat pies, a band of temperance advocates walked by — I suppose contributing to the overall Dickensian atmosphere. They held a sign proclaiming, "Gin Is Sin." Scheeres said that her daughter looked at the knot of people and their sign, then asked her mom a question: "Mama, what is sin?"

Scheeres used the moment to reflect on her own upbringing as the child of what she refers to as "fundamentalist parents" in Indiana, a childhood in which she was kept very conscious of sin. Secular music and television, questioning authority, envying her friend’s’ Izod shirts; these were all sins and were to be dealt with immediately and harshly. "God was a megaphone bleating in my head: ‘You’re bad, you’re bad, you’re bad!’" she writes. She describes recurring nightmares of "malevolent winds tornado-ing through [her] bedroom" that she would come to realize later represented to her "an invisible and vindictive God."

Scheeres writes of having little contact with anyone outside her church family, and that she came to fear non-Christians and atheists because "they had no reason to act morally, and were, therefore, ...capable of utter depravity." Caught, at 17, "fornicating" with her boyfriend, she was sent to what she refers to as a "Christian reform school where children were beaten in the name of God." She lost her faith "by fits and starts," as she puts it until she had children and started wondering how she’d teach them right from wrong without a church. She says this about where she came out, and why, at 9, her daughter was wondering what sin was:

Just as my parents’ approach to imparting their values was shaped by an effort to avoid the sins they feared, I am raising my two daughters according to my moral code. To me, the greatest sin of all is failing to be an engaged citizen of the world, so the lessons are about being open to others rather than closed off. 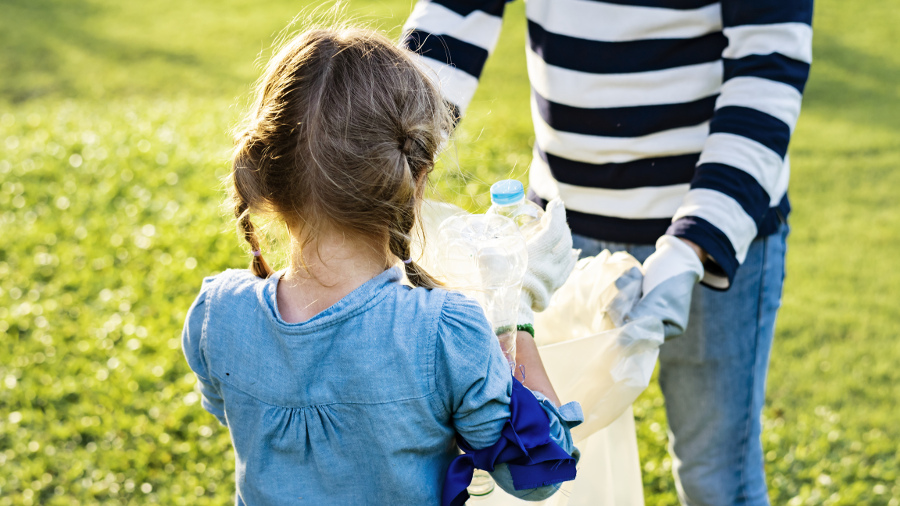 She goes on to say:

We started taking our kids to marches when the younger one, Davia, was an infant perched on our shoulders and 3-year-old Tessa danced between the lines of protesters as if it were a block party. We’ve marched for racial justice and for women’s rights. Our church is the street, our congregation our fellow crusaders. We teach our children to respect the earth by reducing, reusing and recycling.

Julie’s story really interested me, on a few levels. She hasn’t asked for my engagement, much less my evaluation, but here’s what came to mind for me.

First, I’m really saddened and horrified at what Julie remembers going through as a child in the name of Christianity. I grew up in church, in a home in which faith was taken seriously, but I was never told that God thought I was bad when I misbehaved. I wasn’t quarantined at home and church, away from other influences. I was taught to appreciate that beauty of the world and to see in that beauty glimpses of its Creator. I was taught to treat people of all faiths (and none) with respect as a person created by God. I heard about sin, yes, but also about God’s grace. I was taught that Jesus’ death and resurrection overcome sin and death, and was given the freedom to make my own decisions about when and if to put my trust in him.

What Julie endured was not normal; it was manipulative and abusive. It was a far cry from the One who said: "Come to me, all you who are weary and burdened, and I will give you rest," who called himself "gentle and humble in heart," who promised "rest for [our] souls" and who reassured those who would follow him that his "burden is light" (Matthew 11:25-30).

I’m so sorry that others piled heavy burdens on her in his name, so much so that she never found in him the gentleness and rest that he promised. I understand completely why she hasn’t taught her daughter about a vindictive God who thinks she’s bad. 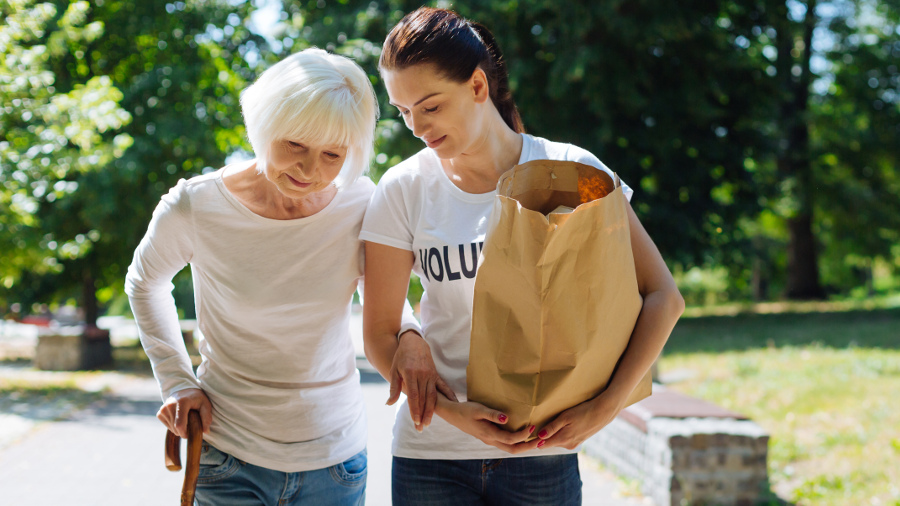 It’s interesting to me that though her daughter doesn’t know the word "sin," Julie has definitely taught her the idea of it. She has, in her own words, taught her daughter that "the greatest sin of all is failing to be an engaged citizen of the world." She is teaching her daughter these things even though, at 9, her daughter is still in large part mimicking the value system she sees displayed by her parents and the other adults in her life — just as Julie did with her parents. Julie’s daughter will still have to wrestle with her own values and morality, quite possibly rejecting at least some of what she’s been taught — as children always have.

I’m also sorry that Julie was not taught that to follow Jesus is to be "an engaged citizen of the world." Jesus touched lepers, ate with tax collectors, consorted with common people, surrounded himself with "normal" people who worked at real jobs and dealt with real problems. He would have heard rough language and seen seedy stuff. None of that seemed to surprise him.

When he saw illness, he healed it. He opened blind eyes and deaf ears and loosed mute tongues. He fed the hungry. He offered grace to sinners. He wept with those who were mourning, even while he raised their dead. He sent demons running for cover with a word.

How people who claim to follow Jesus can build gated communities for themselves to try to shut out the world is beyond me. Yet it’s a problem the church has had for a long time now. Instead of being engaged citizens of the world, "salt" and "light" (Matthew 5:13-16) as Jesus would have us be, we claim that "our citizenship is in heaven" (Philippians 3:20-21)as though that absolves us from caring about the world we live in. But, church, Jesus’ citizenship was in heaven, too! That didn’t stop the Son of God from engaging with the people around him and making the problems of his world his problems as well. 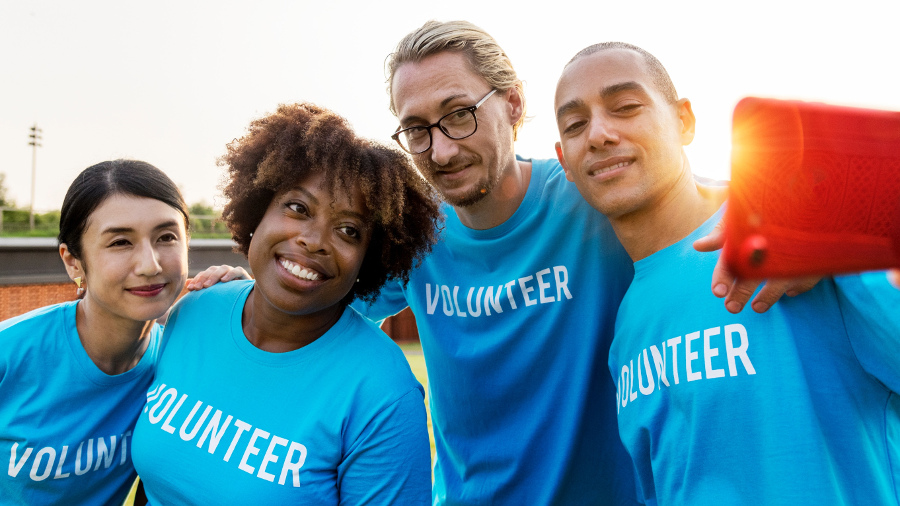 Julie Scheeres’ story reminds me that for those of us who follow Jesus, engagement with the world and struggling against the sin that touches us all is not just an option, but a necessity. It also reminds me that struggling in my own strength and power isn’t enough. I need Jesus. I need the love of God made flesh so that I can stand against the deceitfulness of sin, the power of death, and the schemes of the enemy to keep me in slavery to them.

I’m sorry that isn’t the Jesus that Julie knows. I pray that she and her daughter someday will.

"What Is Sin?" by Patrick D. Odum is licensed under a Creative Commons License. Heartlight encourages you to share this material with others in church bulletins, personal emails, and other non-commercial uses. Please see our Usage Guidelines for more information.