How Do I View People?

Jesus challenges us to examine the everyday processes that we use to strip away the humanity of those around us and dismiss their value to us. 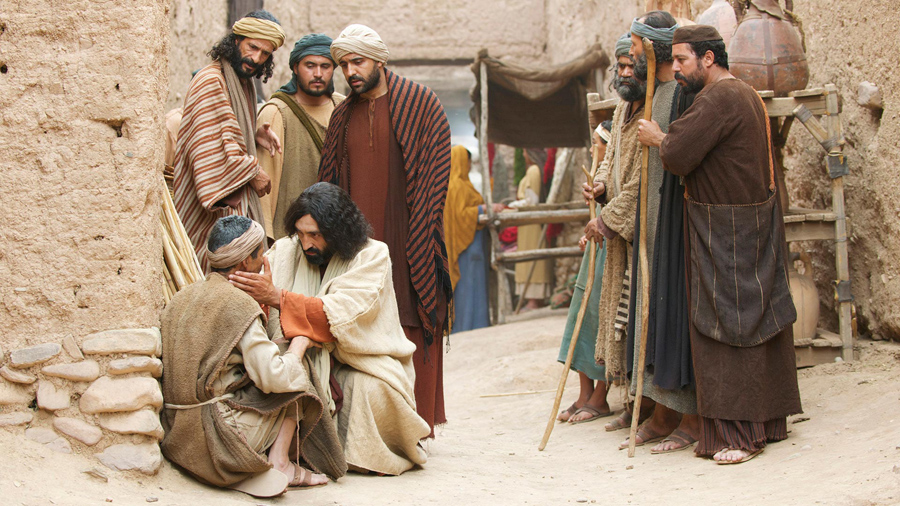 by Phil Ware (07/18/2018) | The Jesus Window
They were enjoying another normal day with Jesus. His closest friends were just walking along with no observable intentions or purposes. Then, Jesus saw a man who had been blind since birth. Sure, Jesus’ friends were used to the Lord taking time to care for the broken and wounded in his path. He often cared for those who were so often discarded and forgotten by the world.

This time, however, they asked Jesus a question; and everything changed when Jesus answered. The story unfolds. Both Jesus’ original disciples and those of us who live centuries later are confronted with the ways we often wrongly view people. Jesus challenges us to examine the everyday processes that we use to strip away the humanity of those around us and dismiss their value to us.

In the process, thankfully, Jesus reminds us of how we are called to view each person we meet. Notice how these important events began:

As Jesus was walking along, he saw a man who had been blind from birth. “Rabbi,” his disciples asked him, “why was this man born blind? Was it because of his own sins or his parents’ sins?” (John 9:1-2).

In the disciples’ world, bad things happened to bad people. While this is not the biblical teaching, most of humanity and many religions wrongly assume that if one is a good person, then bad things — like having a child born blind — won’t happen to you or to your child. Somebody must have sinned for this horrible thing to happen to this man was their general thinking. Blame the broken. Humiliate the wounded.

The disciples were so insensitive in this situation that they talked about this man in his presence. He was blind, not deaf. Yet they spoke so that he heard their harsh words and felt the bite of their cruelty as they dismissed him as little more than a Religious Question. To treat another person this way is as dehumanizing and as it is anti-Jesus, yet that is how they treated the man.

Jesus wouldn’t let such unkind words and false teaching stand. He corrected the disciples’ wrong assumptions behind their question. Unfortunately for the unnamed man who was born blind, while Jesus explained the truth to his disciples, other folks found other ways to view him so they could dismiss, demean, and further de-humanize him. Notice these other false ways of viewing people. 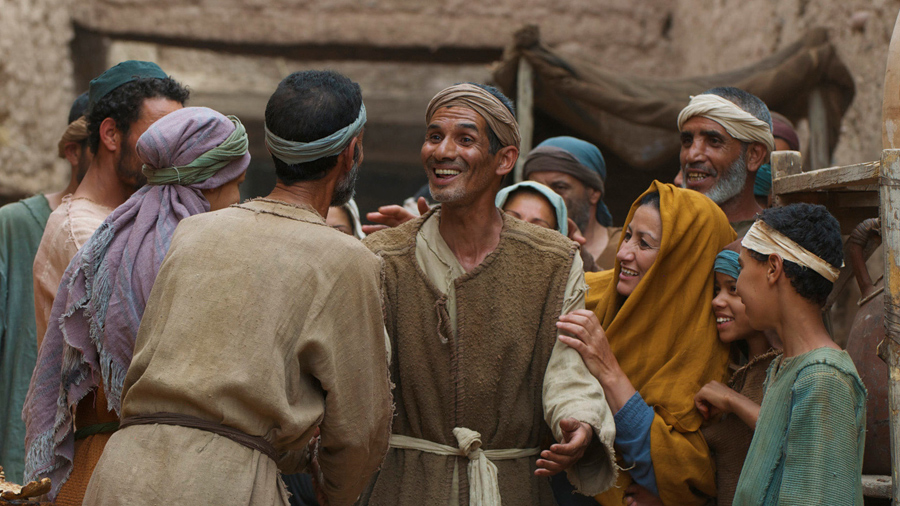 As little more than Label (John 9:8-12): ”His neighbors and others who knew him as a blind beggar…” (John 9:8). Slap a label on someone; then you stop viewing them as a person. Slot them, put them into a category, and no longer worry about their needs, desires, brokenness, hopes, and needs. “O yeah,” we think, “he’s just the blind guy begging beside the road.” Then we feel that we don’t have to know his name or treat him as a person.

As a Theological Issue to be solved (John 9:13-16 ): “…because it was the Sabbath day that Jesus had… healed him” (John 9:14). We can deny the work of God in a person’s life because it doesn’t fit our tidy religious expectations and categories. We can even deny a person’s worth before God if we can find a flaw in her or his story that we find to be theologically significant.

As an Ongoing Problem that we can’t solve (John 9:17-18, 24-34): “Then they cursed him and said, 'You are his disciple, but we are disciples of Moses!’” The Pharisees railed at the healed man because they couldn’t fix the reality of his healing (John 9:28). If a person doesn’t fit our categories and labels, if we can’t make them do what we want them to do, then we view them as a problem we can’t fix. We’d rather be rid of that person than deal with him or her. So, we do what the Pharisees did to this man: cursed him and got the man out their sight. 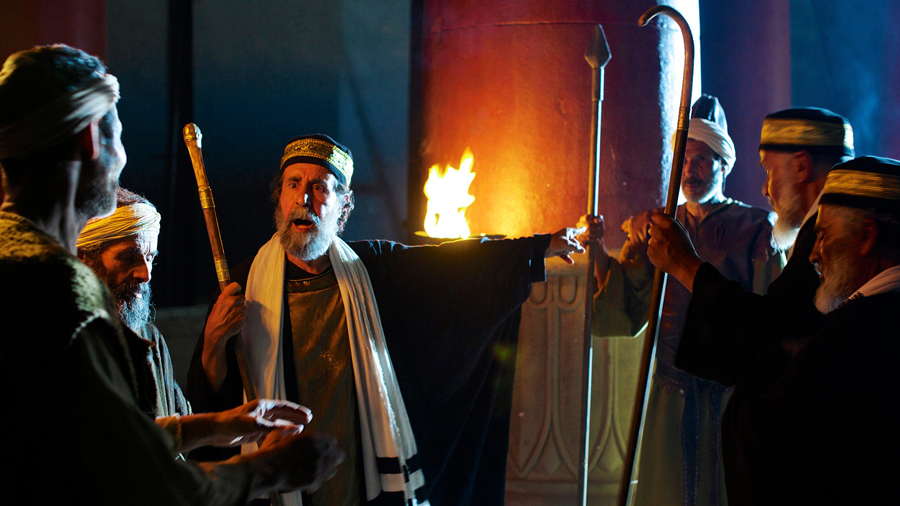 As little more than a Biological Product (John 9:19-23): “‘Ask him. He is old enough to speak for himself.’ His parents said this because they were afraid of the Jewish leaders…” (John 9:21-22). They didn’t claim him as their child but as a result of their biological output. Rather than valuing him as a child, they gave him up to the religious wolves and wouldn’t stand with him in his trial because they were afraid of their position more than they valued their son. “Yes, we may be connected by birth, adoption, or genetics, but we’re not going to stand with him!” they demonstrated. Sadly, I fear, many of us have acted similarly. 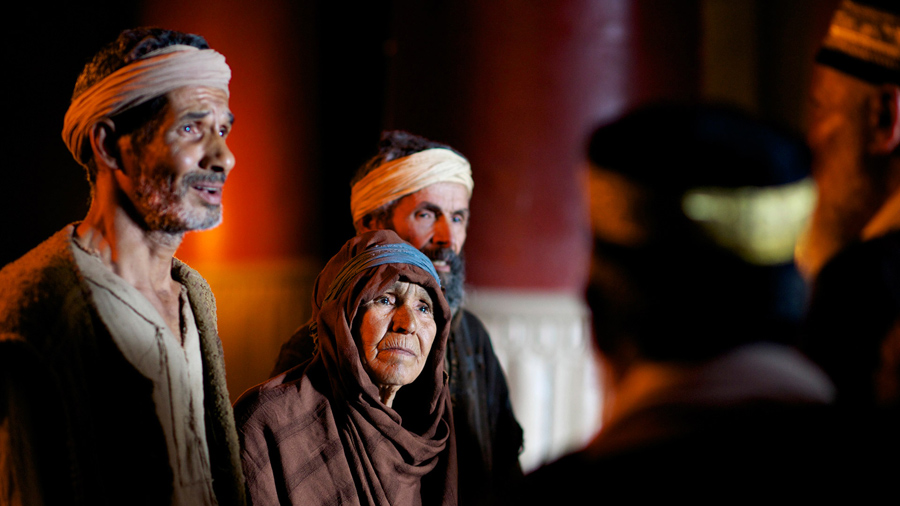 If you are anything at all like me, seeing how people treated this man haunts you. For me, it’s because I am afraid that I have sometimes dismissed the humanity and value of others by viewing them in similar false ways. Look at these false ways of viewing people, again. See if any of these feel all too familiar:

To treat another person this way is as dehumanizing and as it is anti-Jesus.

Jesus, however, sees this man in a totally different way. This man was someone in whom “the works of God might be displayed” (John 9:3). And, if we look at Jesus in the way he treated everyone he met, we will find he viewed them all in much the same way! That’s why he touched lepers before healing them, went to parties with sinners, protected women caught in shameful situations, loved children others wanted to ignore, restored sight to the blind, helped the paralyzed move their lifeless limbs, and raised the dead to the wonder of their loved ones.

For Jesus, the “work of God” was helping people believe in the Son whom God sent (John 6:40). After all, he came as the Son of God to be given as the love offering to redeem the world from sin so that those who believed in him could find true and everlasting life (John 3:16-17).

What if we viewed everyone we met as someone in whom this work needed to be done?

Jesus didn’t just show us that we must view people as those in whom “the works of God might be displayed”; he also invited us to join him in his work with urgency and purpose (John 9:4). In a world of darkness, light often vanishes in the worst of human selfishness and the ways we dismiss the dignity and God-in-us we have as those made in the image of God. We view people in all the wrong ways and easily dismiss them as something less rather than as someone in whom the work of God needs to be done. We hurl insults, ugliness, and judgments without valuing the people created by God in the womb of their mothers because we see them as targets for our religious and political and racial epithets.

So, dear sister or brother, let’s remind each other of who a person is and how Jesus wants us to view each one of them: as someone in whom “the works of God might be displayed”! Anything less is far less than the way of Jesus. 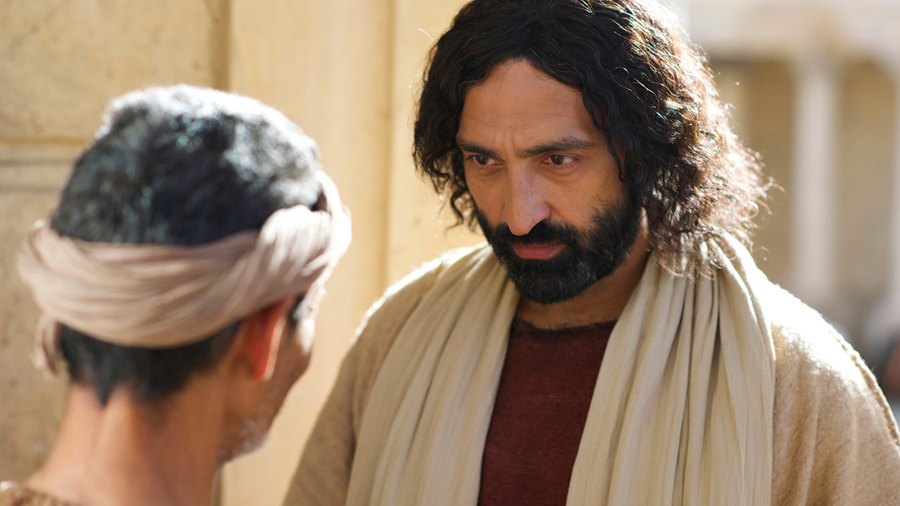 "How Do I View People?" by Phil Ware is licensed under a Creative Commons License. Heartlight encourages you to share this material with others in church bulletins, personal emails, and other non-commercial uses. Please see our Usage Guidelines for more information.