The Capacity of Compassion Within Us

Jesus said that there is no greater love! 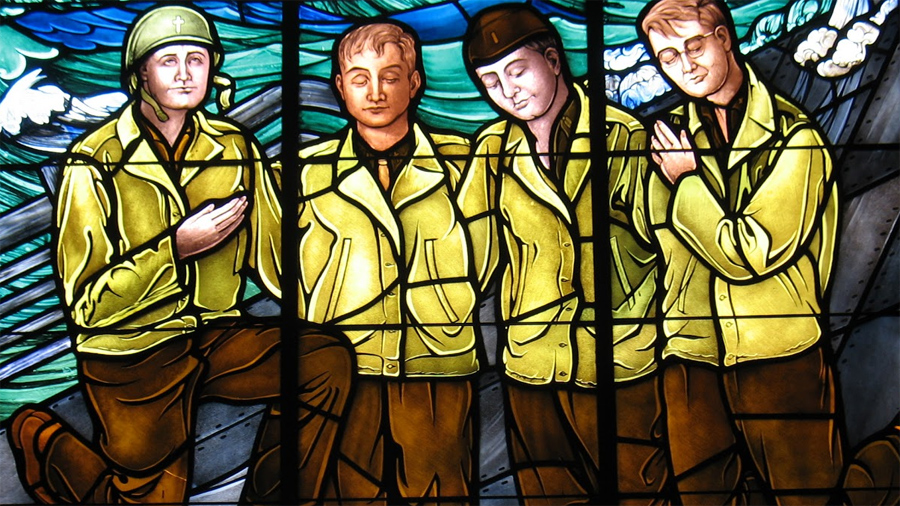 by Phillip Morrison (02/16/2017) | Kingdom Leadership
Around this time every year, I begin thinking about four men I never knew. They all died on the same date shortly before my tenth birthday. I wouldn’t even know their story if it were not for a little-known national holiday created by a unanimous act of Congress in 1988. Four Chaplains Day memorializes an event that occurred 74 years ago, on February 3, 1943. Shortly after midnight, the USAT Dorchester, with 904 troops and crew aboard, was torpedoed by a German submarine off the coast of Newfoundland. Only 230 of those aboard survived, with most of the casualties dying of hypothermia. Four of the dead were Army Chaplains.

George L. Fox lied about his age to enlist in the Army during WWI where he was awarded several medals, including the Purple Heart. He was ordained a Methodist minister in 1934 and reentered the Army as a Chaplain in 1942.

Alexander D. Goode was a Jewish Rabbi and the son of a Rabbi. He was educated at Hebrew Union College and earned the Ph. D. at Johns Hopkins. After Pearl Harbor, he volunteered as an Army Chaplain.

Clark V. Poling was the son of a Baptist minister and was himself a minister in the Reformed Church of America. Educated at Yale Divinity School, he volunteered as an Army Chaplain because he wanted to face the same dangers other men were facing.

When the Dorchester, originally a cruise ship designed to carry 400 passengers and crew, was torpedoed, many troops were trapped below decks and confusion reigned. The Four Chaplains quickly began to restore calm, escort the troops to the top deck, and see that they had life jackets and a place in the lifeboats. When the life jackets were all gone, the four men took off their own jackets and gave them to the troops.

When last seen, they were standing arm-in-arm, saying prayers, and singing hymns as they went down with the ship. All four were First Lieutenants, newly graduated from Army Chaplain School at Harvard, and on their way to their first European assignments. All of them were awarded the Purple Heart posthumously but were denied the Medal of Honor on the technicality that they were not under fire while performing their heroic deeds.

The Four Chaplains took seriously these words of Jesus:

Greater love has no one than this, that he lay down his life for his friends (John 15:13 NIV).

Or, in the words of The Message:

Put your life on the line for your friends.

Just 18 minutes elapsed from the time the torpedo struck until the Dorchester went down. I can only imagine the words exchanged by the Four Chaplains during that brief time. Or, maybe there wasn’t much conversation, just a shared awareness of the sacrifice they were called to make.

Retired Admiral Jeremiah Denton, a prisoner of war in Vietnam for seven years and seven months, and later a United States Senator from Alabama, said of the chaplains:

The Four Chaplains proved their faith with ultimate sacrifice — not in a flash of combatant action — but with peaceful discernment, humble devotion, and extraordinary valor. They lived this life knowing God’s real presence and eternal promise. Blessed with men of this caliber, our nation must do the same.

Stained glass windows commemorating their sacrifice are in the chapel at West Point, the Pentagon, and other U. S. military posts. The Immortal Chaplains Foundation was established in 1997 by relatives of the chaplains, survivors from the Dorchester, and crewmen from U-223, the German U-boat that fired the torpedo. The Foundation’s goal “is to remind us of the capacity for compassion we all have within us, no matter the differences of race, religion or creed.”

"The capacity for compassion we all have within us" — encouraging words indeed. 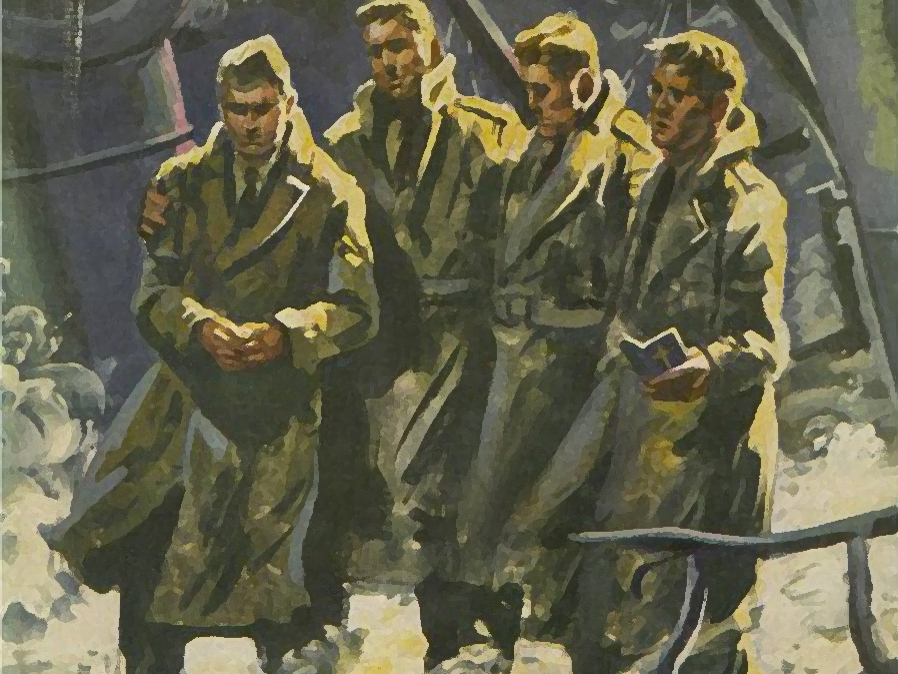 Two Protestant pastors, a Rabbi, and a priest. I remembered those heroes on February 3 when I looked in the mirror and wondered....

"The Capacity of Compassion Within Us" by Phillip Morrison is licensed under a Creative Commons License. Heartlight encourages you to share this material with others in church bulletins, personal emails, and other non-commercial uses. Please see our Usage Guidelines for more information.