If the gospel we believe doesn't cause us to liberate people from the chains of our prejudices and selfishness, then perhaps we don’t understand it. 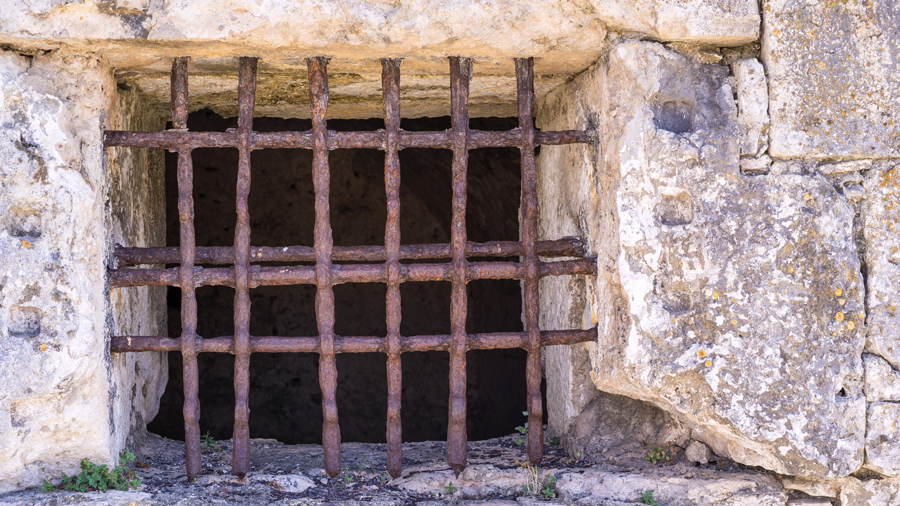 Therefore I always thank my God as I remember you in my prayers, because I hear about your love for all his holy people and your faith in the Lord Jesus. I pray that your partnership with us in the faith may be effective in deepening your understanding of every good thing we share for the sake of Christ. Your love has given me great joy and encouragement, because you, brother, have refreshed the hearts of the Lord’s people.

Therefore, although in Christ I could be bold and order you to do what you ought to do, yet I prefer to appeal to you on the basis of love. It is as none other than Paul — an old man and now also a prisoner of Christ Jesus — that I appeal to you for my son Onesimus, who became my son while I was in chains. Formerly he was useless to you, but now he has become useful both to you and to me.

I am sending him — who is my very heart — back to you. I would have liked to keep him with me so that he could take your place in helping me while I am in chains for the gospel. But I did not want to do anything without your consent, so that any favor you do would not seem forced but would be voluntary. Perhaps the reason he was separated from you for a little while was that you might have him back forever — no longer as a slave, but better than a slave, as a dear brother. He is very dear to me but even dearer to you, both as a fellow man and as a brother in the Lord

I was re-reading Philemon this week. That doesn’t take long; the “book” (personal letter) is only 25 verses long. You can read it in five minutes, maybe less. Go ahead. I’ll wait.

Philemon’s so short that you could miss it if two pages in your Bible stick together. It’s in some ways an odd little letter, stuck between Paul’s longer letters to Timothy and Titus and the much longer anonymous “letter” to the “Hebrews.” Philemon is probably Paul’s most personal letter. He isn’t trying to correct bad theology or false practices in a church, as he usually does in his letters. He’s just writing to a man named Philemon. He is a man of high social standing, whom he writes on behalf of a man named Onesimus, a man Paul has met.

The story, as nearly as we can reconstruct it, goes something like this. Philemon is a householder, probably from the area of Colosse (compare the name “Archippus” in Philemon 1:2 and Colossians 4:17). Philemon is indebted to Paul who led Philemon to his conversion to Christ. A church meets in Philemon's house, which means he is wealthy enough to have a good-sized home. Paul considers him a “partner in the faith.” Paul has also been encouraged by reports of Philemon’s love for the church and his faith in Jesus. Paul also compliments him on how he has “refreshed the hearts of the Lord’s people.”

Paul and Philemon have a surprising mutual acquaintance: a man named Onesimus. Paul considers Onesimus his “son” and “his very heart.” Onesimus is “dear” to Paul and has become “useful” to him in his current circumstances — Paul is in prison. In Paul's day, being in prison meant that a friend or family member would have to supply his food and other needs. That seems to be what Onesimus has been doing for Paul.

At some point during Paul’s relationship with Onesimus, he led Onesimus to Christ. During their conversations, the story has come out that Onesimus owes Philemon a debt. He is an escaped slave. He has perhaps even stolen some of his master’s money. In any case, he has violated the law by running away. No doubt trying to hide in whatever city Paul is imprisoned in, he has met the apostle and come to Christ. And, together, they have come to a difficult decision: Onesimus should return to Philemon and face the consequences of his offenses. 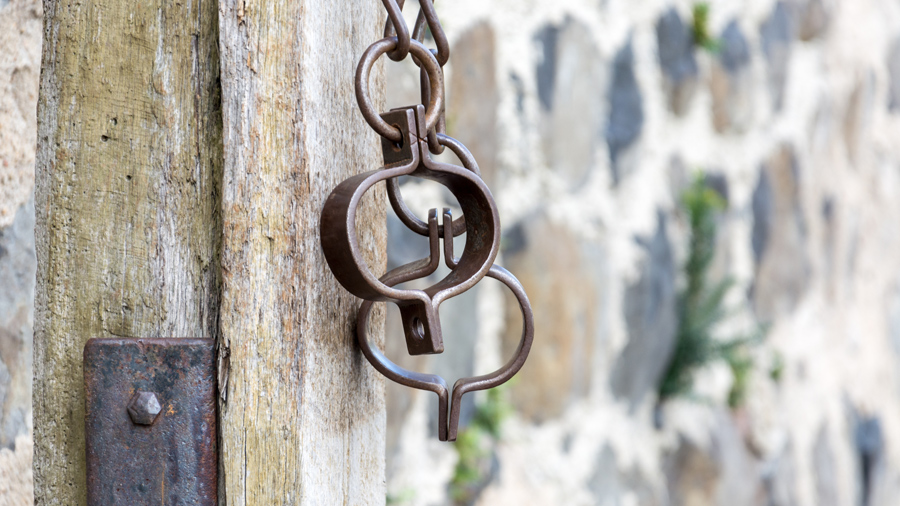 This letter isn’t just about the relationships between these men. Primarily it has to with the question of what demands the gospel makes on the way we deal with one another. What does our shared faith mean for our relationships as brothers and sisters in Christ and his church?

At first glance, we may think it is strange that Paul sends Onesimus back to his "owner." Wouldn’t it be better, more compassionate, to hide him? Maybe in the short-term, hiding Onesimus might seem better. However, that choice would be sentencing Onesimus to a lifetime of hiding and pretending to be someone else. Not to mention that the gospel calls us to repentance. How else can Onesimus repent of this crime of defrauding Philemon besides returning — especially now that Philemon is not only his master but also in Christ is his brother?

But, repentance and doing right by our brother in Christ is also true for Philemon. Paul wonders in the letter if God wasn’t at work in these events so that Philemon might “have [Onesimus] back forever — no longer as a slave, but... as a dear brother.”

Paul doesn’t sanction Onesimus remaining a runaway. Neither does he sanction Philemon keeping him as a slave. The clear intent of his writing Philemon is to plead for Onesimus’ emancipation. Based on their relationship as “partners” in the gospel, Paul asks Philemon to welcome Onesimus back “as you would welcome me.” That is, welcome his runaway slave not with a set of chains or punishment for his misdeeds, but with the same love Paul has heard that he has shown for other believers.

In the end, Paul sends Onesimus back, because, dear as he is to Paul, he is “dearer to” Philemon “both as a fellow man and as a brother in the Lord.” He’s “dear” to Philemon as the embodiment of the idea that the gospel creates family and equalizes status (Galatians 3:26-29).

Paul could use his status as Philemon’s older partner in the gospel who is suffering in chains for Christ to compel him to free Onesimus. Paul could even ask Philemon send Onesimus back to continue to minister to his needs in prison, but Paul doesn’t want to force Philemon into anything. He wants whatever favor Philemon might choose to do him to come from his experience of the gospel. Paul wants Onesimus' motivation to come from a transformation in his heart and the way he sees Onesimus through the cross of Jesus. He wants Philemon's decision to come from his understanding of “every good thing [they] share in Christ.” He wants Philemon's actions to come from his longstanding love for Paul and a newly discovered love for Onesimus and their new status as brothers in Christ.

If we can hold grudges for offenses others have committed against us, then maybe we don’t grasp the gospel of Jesus.

If we can worship and serve with people in a church for years and not come to love and care for them, then perhaps the gospel hasn’t really done its work in our hearts.

If especially, we can’t listen to believers older than us with love, respect, and deference, then I wonder if we’re partners in the same gospel that Paul experienced and spent his life proclaiming.

The gospel, when believed, experienced, and turned outward, should “refresh the hearts of the Lord’s people.”

May we refresh the hearts of the people around us in an oppressive world of brutality, bitterness, prejudice, and slavery. 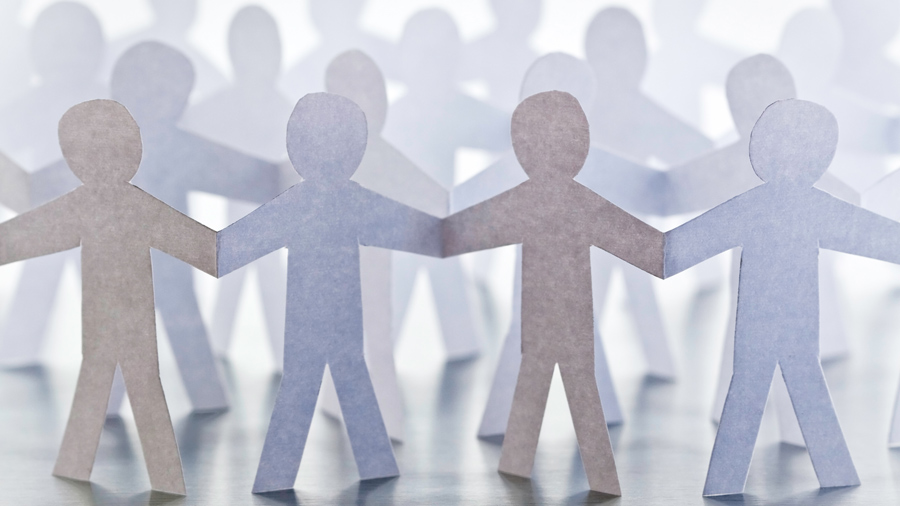 "Refresh" by Patrick D. Odum is licensed under a Creative Commons License. Heartlight encourages you to share this material with others in church bulletins, personal emails, and other non-commercial uses. Please see our Usage Guidelines for more information.