During times of cascading badness, friends sometimes need to believe for those caught in the crush of seriously bad stuff. 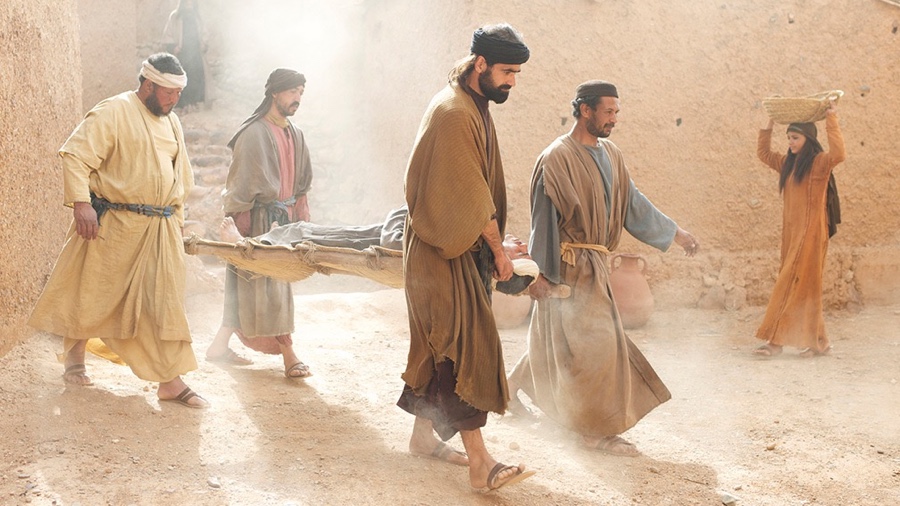 by Phil Ware (07/04/2017) | The Jesus Window
Life can be crushing. Some people seem to get more than their fair share of the crush than others — bad health, bad investments, bad jobs, bad accidents, bad marriages, bad parents, bad neighborhoods, bad timing, and a host of other bad things. No one on this side of eternity can be completely sure why all this unfairness seems to haunt certain individuals, families, and communities. During times of cascading badness, friends sometimes need to believe for those caught in the crush of seriously bad stuff.

I've had people half ask and half object to this thought: "Is that concept even biblical?"

My answer isn't an argument; it's a reminder of something from Jesus' ministry. Four friends believe when their buddy caught in the middle of bad stuff can't believe enough or act for himself:

A few days later, when Jesus again entered Capernaum, the people heard that he had come home. They gathered in such large numbers that there was no room left, not even outside the door, and he preached the word to them. Some men came, bringing to him a paralyzed man, carried by four of them. Since they could not get him to Jesus because of the crowd, they made an opening in the roof above Jesus by digging through it and then lowered the mat the man was lying on. When Jesus saw their faith, he said to the paralyzed man, "Son, your sins are forgiven." 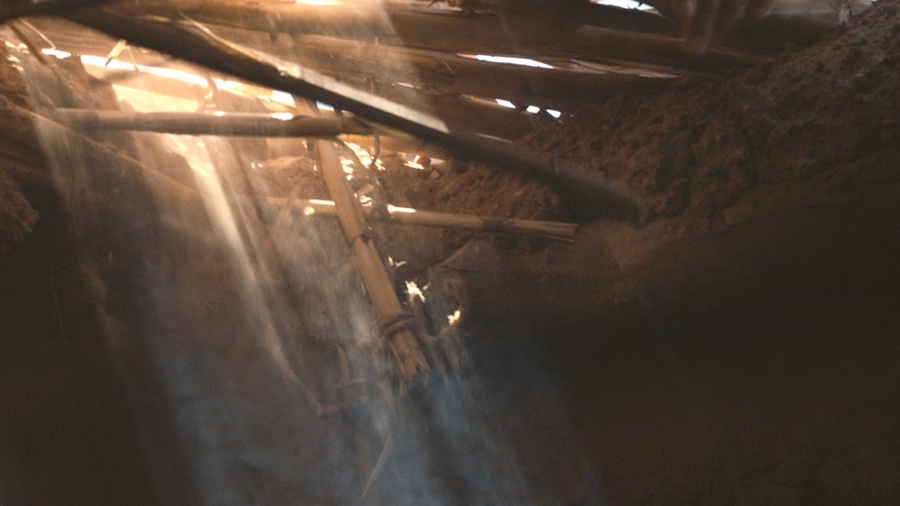 Now some teachers of the law were sitting there, thinking to themselves, "Why does this fellow talk like that? He's blaspheming! Who can forgive sins but God alone?"

Immediately Jesus knew in his spirit that this was what they were thinking in their hearts, and he said to them, "Why are you thinking these things? Which is easier: to say to this paralyzed man, ‘Your sins are forgiven,' or to say, ‘Get up, take your mat and walk'? But I want you to know that the Son of Man has authority on earth to forgive sins." So he said to the man, "I tell you, get up, take your mat and go home." He got up, took his mat and walked out in full view of them all. This amazed everyone and they praised God, saying, "We have never seen anything like this!"

In the Bible, believing is never just something that just happens between our ears. Biblical belief, real faith, and genuine trust involve more than flipping a mental switch. Real faith involves our hearts, our minds, and our actions (Matthew 7:21-27; James 2:14-26). So, when the four friends' paralyzed buddy can't get to Jesus because of the crowds, they demonstrate bold faith. They dig through the roof to get their buddy to Jesus. Their faith was demonstrated by their radical actions.

Imagine being in that house crammed with people. Not much light would have been available in those days before electricity. Crammed together, everyone was trying to watch and to listen to Jesus. Little-by-little, Jesus' voice is drowned out by the banging and digging going on above them. Bits of mud and old palm leaves began filtering down upon them. Chunks of hardened mud start falling. Before long, a hole appears in the ceiling. The room is suddenly pierced by a shaft of light with bits of dust dancing in the sunlight. Then, to everyone's amazement, a man with a broken body is lowered through the hole, the light, and the dancing dust. Every eye is fixed on Jesus as he stares at a paralyzed man — a man who could have never gotten to Jesus except for the faith and the actions of his four friends! 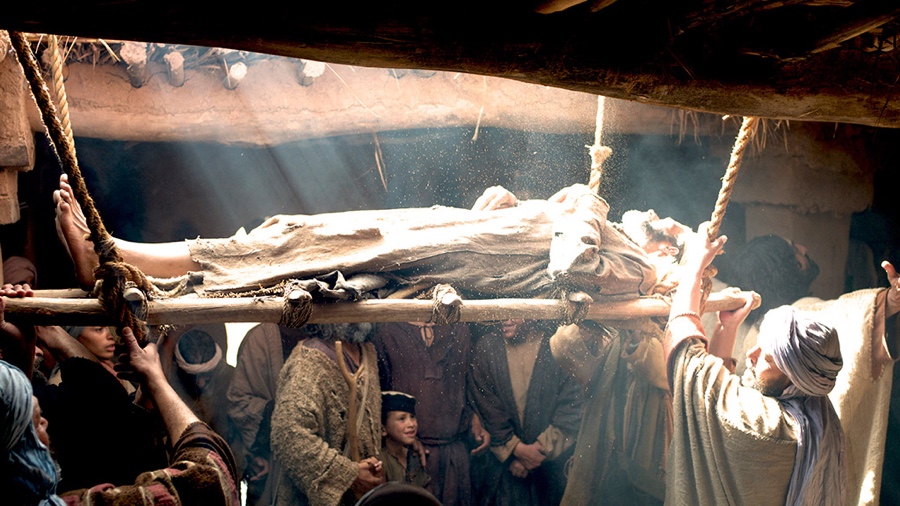 Jesus both forgives and heals the man — two things each of our friends caught up in the badness of life's crushing realities need. Both are necessities Jesus longs to bring to those broken by this crush. People caught in this crush of badness sometimes, maybe even often, can't muster the faith to believe. Trusting Jesus to make a difference and taking the action needed feels impossible to them. They need friends who will do whatever it takes to get them to the Lord.

Who is your friend, buddy, or acquaintance that needs you to believe for them until they can regain their faith in Jesus? I encourage you to find this person. Here are a few proven ways to open your heart and eyes to this person Jesus has placed around you.

First, pray your way through your week. Begin each day by asking Jesus to help you see the people in your path that day as he does.

Second, when the Lord helps you find this person, focus on him or her. Enter that person's world. Learn what you can about this person. Ask about her or his life and what is important to them. Call him or her by name. Remember the people that are important in this person's life.

Third, begin to pray for your new friend each day. Be specific, asking the Lord to bless this person in specific ways based on her or his needs.

Fourth, find ways to bless your new friend. Bless her, bless him, with your words. Even more, bless this person with your actions.

Fifth, begin praying for wisdom to know how best and when best to share Jesus with them.

Sixth, when this moment to share Jesus arises, when you feel prompted by the Holy Spirit, share what Jesus means to you. I'm not talking about memorizing some evangelistic presentation. I'm talking about sharing what Jesus has meant to you. Share with them that you would love for them to know Jesus better and what he can bring to them.

People caught in this crush of badness sometimes, maybe even often, can't muster the faith to believe.
Seventh, act for them to get them to Jesus. Get them an easy-to-read Bible. Suggest they begin with one of the four gospels that tell the story of Jesus' life. It could be Matthew, Mark, Luke, or John, just choose the one that speaks most to you. Share a story from the life of Jesus that means the most to you. Take them with you to meet folks in your small group or even begin a group with some friends who will read through the story of Jesus with this friend who needs help to believe. Whatever your version of digging a hole in the roof to get your friend to Jesus is, start digging!

I encourage folks to have three people that they are praying for every day. Others suggest six. I know of one person who suggests seven. The key, I believe, is not the number of people, but our commitment to pray and find the one who is most ready. Sooner than you might expect, you will see how to help them get to Jesus. When you begin to practice these principles as a lifestyle, these opportunities can happen in the most unexpected places and unfold very quickly.

Several weeks ago, a friend of mine and I were outside a truck stop at midnight in far southwest Texas. We were hot, tired, and ready to call it a day. I went in to buy some ice to keep meat in our ice chests cold. A couple of guys came up and asked my friend, Brad, about something in the back of his pickup. Rather than being afraid or defensive, he answered their question and began a conversation. Brad is good at knowing how to start spiritual conversations.

By the time I had returned with the ice, the two men had begun to explain why they were on the road so late. They were on their way from Phoenix to Houston. One guy was a dad whose ten-year-old son was having repeated brain surgeries. The other was his friend, someone whom both Brad and I sensed was a believer in Jesus. He had chosen to accompany his buddy on this long, non-stop trip. He made this choice so his buddy would not have to be alone in such a hard situation. He also was along to help with long hours of driving. He was also there to help his hurting friend better know the love of Jesus.

The dad with a sick boy in a hospital in Houston would drive non-stop to spend two days with his son. Then, he would drive non-stop to go back to work to help pay for the medical expenses. This "chance" encounter — I prefer to call it a "God moment" — ended with us arm-in-arm praying for this dad, his son, and for Jesus to make his presence known in this hard situation. We asked the Lord both to bring comfort to this dad and to heal his little boy. We parted with us feeling blessed and having tears in our eyes. Each of us was certain that the Lord had orchestrated this moment. Thankfully, we were in tune with the Lord's music and didn't miss this opportunity to help this dad so worried about his son!

Sometimes a hole in the roof in one century can be a very long trip to bless a friend or a conversation at midnight in the parking lot of a truck stop in the middle of nowhere. The main thing is that each of these events was about getting a friend to Jesus. Let's not miss our opportunity to do just that with the people God places in our lives. All around us are those who need a friend who will believe and act for them until they can get to Jesus and believe for themselves. Let's be attentive, willing, waiting, and ready to do just that! 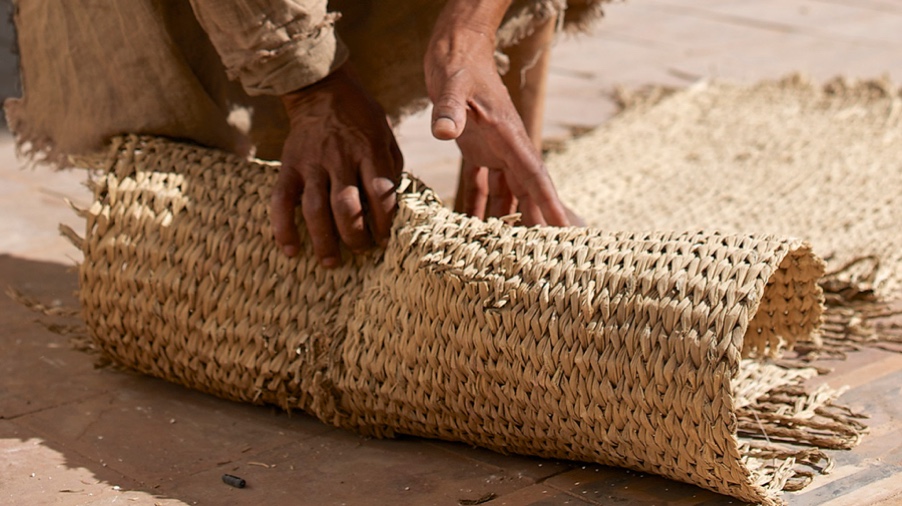 "I Will Believe for You Until You Can Believe for Yourself" by Phil Ware is licensed under a Creative Commons License. Heartlight encourages you to share this material with others in church bulletins, personal emails, and other non-commercial uses. Please see our Usage Guidelines for more information.