As followers of Jesus, isn't it time the world heard what we are for when it comes to sexuality? 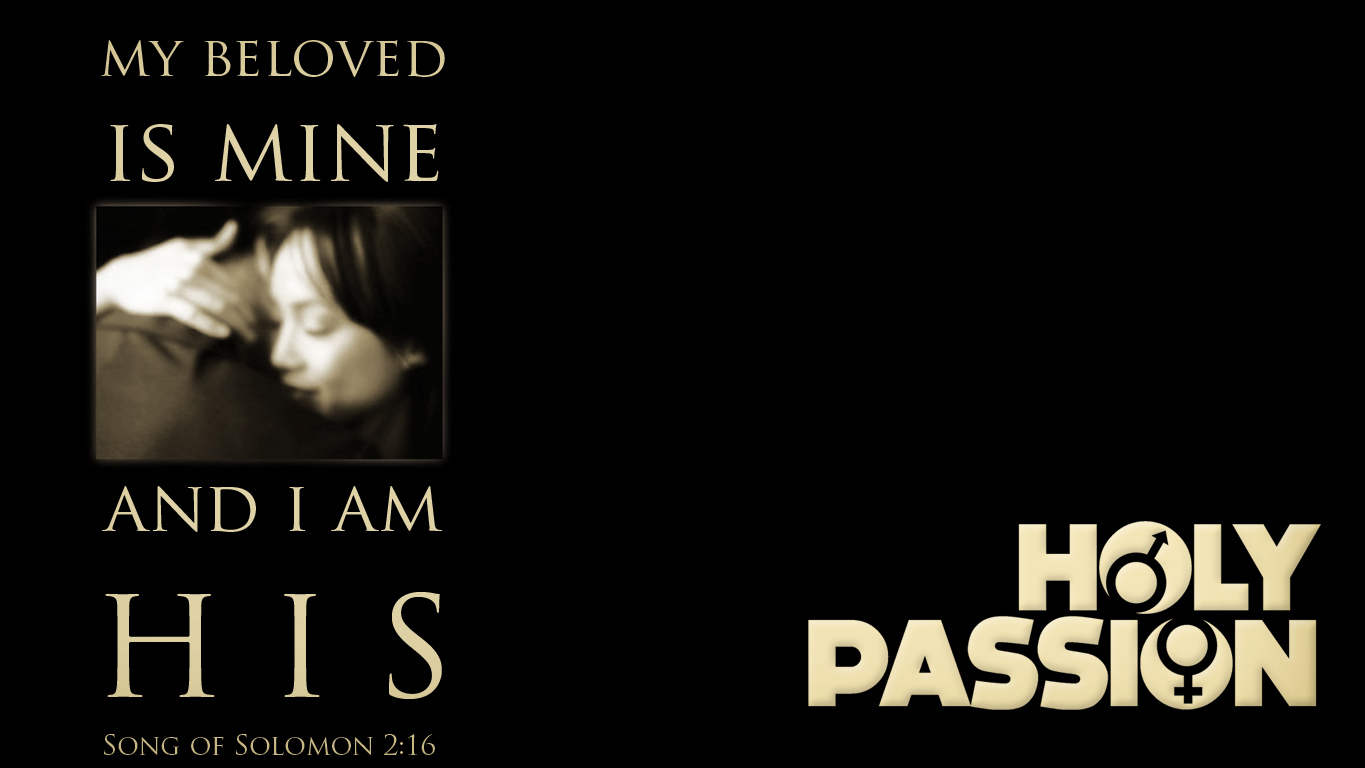 As Genesis describes the Creation, the crowning wonder of all wonders was the creation of woman so that Eve and Adam could make one another complete (Genesis 2:18-25). Describing her as "bone of my bones and flesh of my flesh," Adam set the bar of intimacy so high that people ever since have been struggling to reach it. If we could only let ourselves believe that life is a song — a love song — with beautiful lyrics just waiting for us to provide the music, we might not keep falling into the cesspool that robs the perfect of its beauty. Read these words about the Song of Songs — Solomon's Song — and know that God still longs for his people to know the ultimate intimacy of being joined as one for life.

A Look at an Anxious Moment

I was young... a young man... young husband... young father... a young preacher, when I looked up while greeting people after church and saw an even younger couple, obviously agitated, waiting to talk. As I moved toward them, they drew away, and when it happened again, I realized they wanted to be last so they could have some privacy.

When we were alone, they fell into my arms, sobbing and clinging as if I were some aged guru with magic words. They had been married a few days earlier, had come to our city for their honeymoon, and had been unable to consummate their marriage. With no sexual experience, and scant knowledge about even the mechanics of sex, they were frustrated and anxious, each blaming himself or herself for their perceived failure. Nothing in my training had prepared me for that moment, but, a doctor friend and I were able to help them refocus and concentrate on being lovers rather than performers. 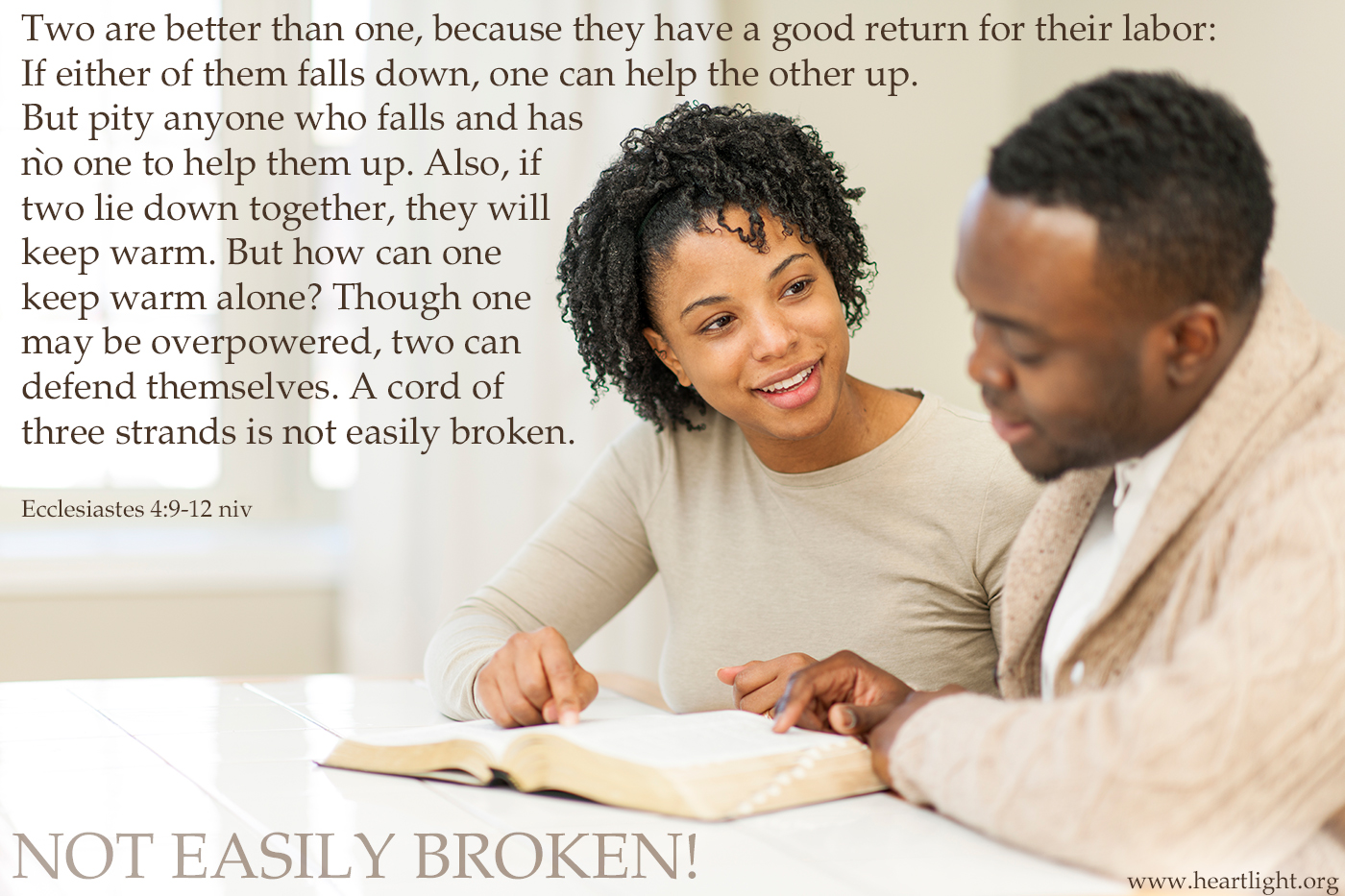 I remembered that incident a few days ago when I read "Our Sexual Witness," a brilliant article by Sara Barton, University Chaplain at Pepperdine University. Noting that "[Christians] are actually quite practiced when it comes to outrage, condemnation, and drawing lines in the sand concerning sex," Sara said, "there's been little time or effort given to what Christians are for when it comes to sex, or if we are for anything..."

One way to begin developing a positive message about sex is to rediscover and reread the Song of Songs, as Sara does with her college students. At almost the mid-point of the Bible, between Ecclesiastes and Isaiah, are the eight chapters of Solomon's Song, portraying intimate, sensual, erotic passion in a wholesome and even holy way. Reading it in a college class or in church is surely "awkward" as some of Sara's students say. But she finds it "ironic that 'locker-room talk' is forgiven in our sex-saturated society, but talking about sex becomes awkward in Bible class. This tells me we are doing something wrong in the church."

The Song of Songs doesn't allow us to make objects of one another or let us imagine we are mere objects to God. The Song reminds us that any song of objectification is off key. It's a broken sexuality that makes dull objects of life-filled humans created in the image of God. That's how women become objects through pornography and trophies acquired through male 'grabbing' and conquest rather than real, breathing human partners. That's how men are objectified too. In a broken view of relationships, men exist in the minds of some women as objects of lust, or perhaps as breadwinners, providers who bring home not only the bread but also the required expensive clothes, furniture, and cars. This Song won't allow us to beat the objectification drum. It celebrates a relationship in which both partners know and are known. It's a world in which neither partner dominates or dictates. It's a world where both partners provide for the other.... The Song of Songs teaches us what it means to belong to someone else, not in a relationship that wields power in one direction, but in a relationship that is mutual.

The Song proclaims an integrated wholeness that is at the center of Christian teaching! 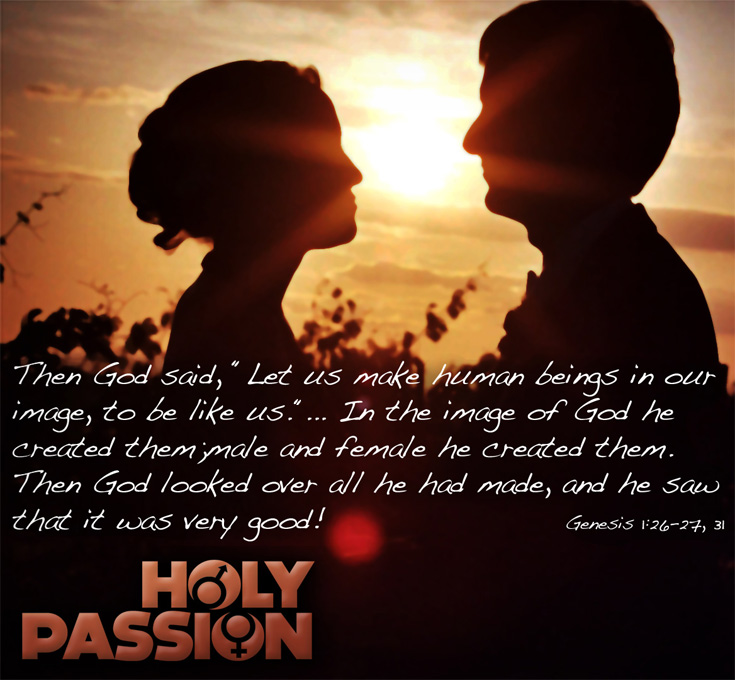 Beyond Silence to Song

As I read Sara's article, I was embarrassed to realize that in more than 60 years of ministry, I never once preached a sermon from the Song of Songs, nor do I recall ever hearing one. If I were still in active ministry, doing premarital and marriage counseling, I think I would ask both soon-to-be married and long-married couples to read the Song. Together. Aloud. To one another. Try it. You'll feel awkward. You'll blush. And you'll love it.

The Message translation Eugene Peterson arranges The Song like a script for a drama, with sections to be voiced by women and men alternately. Read your parts to one another with meaning and passion. Laugh together when the maiden's hair is described as "flowing and shimmering like a flock of goats in the distance," or the shepherd's as "raven black curls tumbling across his shoulders." Draw close together as you capture that "bone of my bone and flesh of my flesh" delight.

Peterson, in his introduction to the Song of Songs, speaks the truth when he says:

There are some who would eliminate sex when they think of love, supposing that they are making it more holy. Others, when they think of sex, never think of love. The Song proclaims an integrated wholeness that is at the center of Christian teaching on committed, wedded love for a world that seems to specialize in loveless sex. 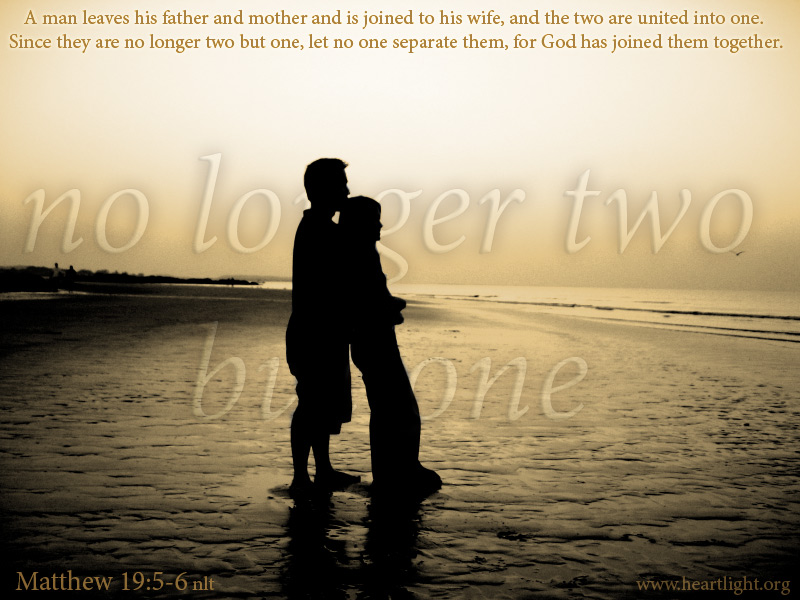 "Keep Singing the Song" by Phillip Morrison is licensed under a Creative Commons License. Heartlight encourages you to share this material with others in church bulletins, personal emails, and other non-commercial uses. Please see our Usage Guidelines for more information.