Made a Difference to That One!

Moving beyond starfish to children. 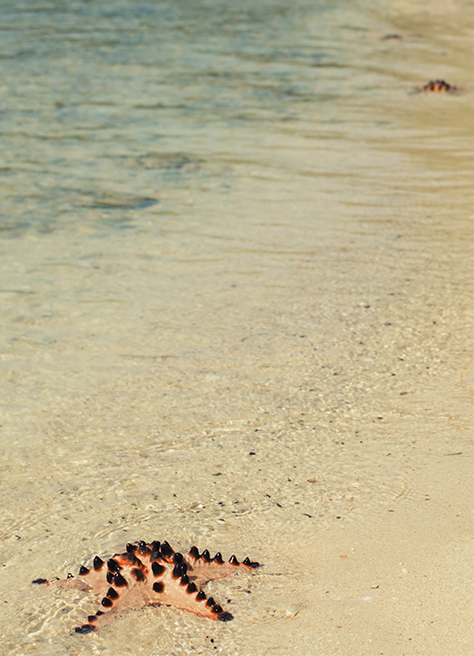 It is always risky to use a beach illustration with folks who live in a beach town. But even though I was speaking in a South Florida beach town, I went for it. The story of the man throwing starfish back into the ocean was too perfect for the point I was making to not use it.

You probably know the story.

A man was walking along the beach, and thousands of starfish had washed up in the shoreline. As he walked along, he would occasionally stoop over and pick up a starfish and gently toss it back into the surf. A man asked him what difference he thinks he is making tossing back a few starfish with so many thousands on the beach. He stooped down, picked up a starfish, looked at his friendly cynic, tossed back the starfish in his hand. Then he said with a wry smile, "Made a pretty big difference for that one!"

I had no sooner gotten done with my talk, and a guy couldn't wait to speak to me. "You know," he said very proudly, "Starfish don't need anyone to toss them back into the surf. They will wash back in on their own."

Let me tell you, with compliments like that, a speaker doesn't need many critics! I was deflated, felt stupid, and looked a little inept to boot. This is precisely how many of my friends feel trying to make a difference in the life of a child they love as the tidal surge of culture washes the destroyed lives of children on the shore of life. 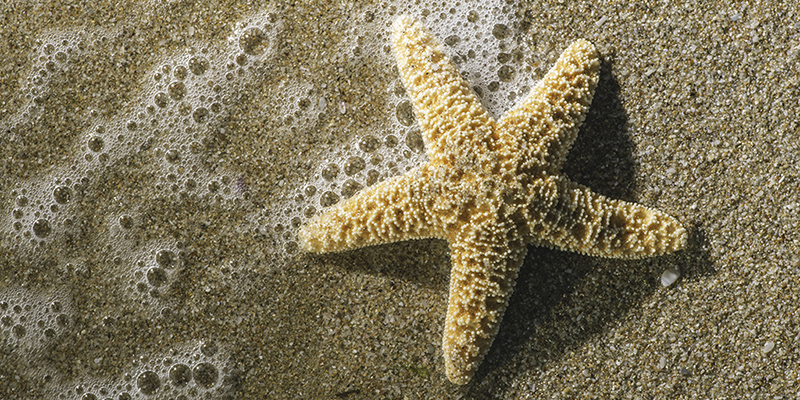 I am indeed blessed to know many people who are committed to making a difference in the lives of children. Some of these fine folks are parents, grandparents, aunts, uncles, single parents, foster parents, house parents, and even great-grandparents who are raising children. Others are teachers, counselors, caseworkers, social workers, and medical specialists working to make a difference in the lives of children. Yet all of these have their moments of discouragement, sometimes even despair, as they see what our world is doing to our children.

With all their heart, each of these wants to be able to look at a child and say, "Made a pretty big difference in the life of that one!" Then, they hear bad news or see bad choices and they walk away deflated, stupid, and inept. Many just give up. Many hang in the best that they can. Some burn out. A few go through the motions, but give up on making a lasting difference.

Tucked away in the dark recesses of the Old Testament (2 Kings 11:1-21) is a story that hopefully will encourage each of us. This story should be a reminder that the work we are doing in the lives of children is worth it — reminding us that we really can make a difference.

Darkness had overwhelmed goodness in the lives of God's people. Over four kingships, foreign nations, and family rivalry had wiped out almost every legitimate heir to King David's throne. Suddenly, when the King of Judah died a premature death, his wicked mother made a power grab using the most ruthless method imaginable! She had all of her grandchildren murdered so there was no Davidic heir left alive, and thus there was no one with a legitimate claim to the throne that could be her rival.

Appears to triumph! However, appearances can be deceiving.

I said it with a wry smile, "Guess I made a pretty big difference for that one!"
A lady named Jehosheba knew the evil at hand. She knew the incredible risks of the moment. Yet she still believed that she could surely "make a big difference" in the life of at least one child. So she snuck into the palace nursery, took away the baby prince named Joash and his nurse. She hid him in the Temple with the help of her husband, Jehoiada. They kept Joash hidden for six years while darkness had its day among God's people. Then, with the help of the priests of God, Joash was anointed as King at the ripe old age of seven. The evil queen mother is executed for her atrocities. God's people are blessed with two generations of peace.

I am not sure what Jehosheba and Jehoiada said when the story was done. However, I think it had to be something like, "Made a pretty big difference for that one!" God's Word says it this way:

In the seventh year of Jehu, Jehoash began to reign, and he reigned forty years in Jerusalem. His mother's name was Zibiah of Beersheba.

And Jehoash did what was right in the eyes of the LORD all his days, because Jehoiada the priest instructed him

Yes, it IS risky trying to make a lasting difference in the life of a child today. The risk can be costly — in money, tears, heartbreak, sleepless nights, and opportunities for other things. Yet Jehosheba and Jehoiada remind us how important it is to take that risk. Without their risk, Jesus would never have come, God's promise of a Davidic Messiah would have failed, and our world would be hopelessly lost in sin. All hope came down to one couple making a courageous and risky decision in the life of one child.

I first wrote this post on a plane as I went to say goodbye to one of our foster grandchildren. He had known no other home for the first thirteen months of his life, other than the home of our son and daughter-in-law. So this message is personal and real to me, and I pray that God will make it personal to you, too. We can make a difference to "that one" — and God alone knows how many more — if we will not give up to the tides.

Now, back to my Florida talk. I was at first deflated with the correction to my illustration. However, I gently replied back, "Well, when we were here last year and it was in the middle thirties, there were thousands of starfish washed up on the shore. Most of them appeared dead. But, when I found one that seemed to move, I would gently toss it back into the surf. That's when another man, who identified himself as a marine biologist said, "When it is near or below freezing, the starfish die before they can get back into the warm water."

I am sure I said it with a wry smile, "Guess I made a pretty big difference for that one" and a whole bunch more I threw in after that one!

When I get ready to stand before Jesus in the end time, I hope I am standing behind a long line of people who know the Father as his children because I took time to invest in him or her. Then I can say with joyful tears, "Made a pretty big difference for that one, and that one, and ..." I am willing to bet you are hoping that, too.

"Made a Difference to That One!" by Phil Ware is licensed under a Creative Commons License. Heartlight encourages you to share this material with others in church bulletins, personal emails, and other non-commercial uses. Please see our Usage Guidelines for more information.