Holding Jesus' Miracles in My Hands

Sometimes we get to touch what Jesus has done and it is breathtaking! 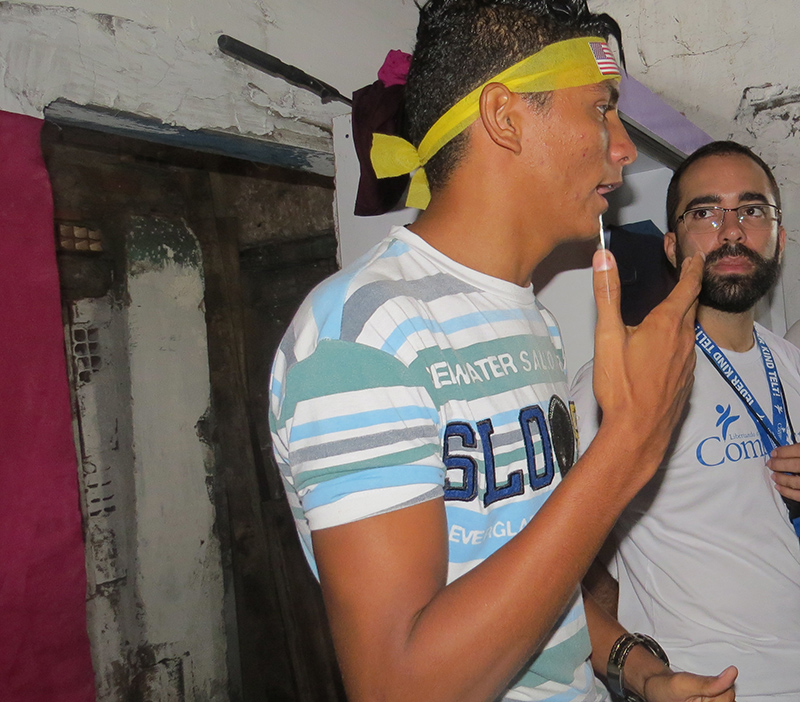 "Here is a boy with five small barley loaves and two small fish, but how far will they go among so many?" ...

When they had all had enough to eat, he said to his disciples, "Gather the pieces that are left over. Let nothing be wasted." So they gathered them and filled twelve baskets with the pieces of the five barley loaves left over by those who had eaten

Do you remember playing chase as a kid? There was always a place designated as home base. It was the safe place. No matter how fast, how mean, or how determined your chaser was, once you reached base, you were safe! They could say stuff at you, but as long as you were on base they couldn't get to you. They could threaten you, but they couldn't get you.

Several of us had just left what was home base for a bunch of school-age children in one of the toughest neighborhoods in Fortaleza, Brazil.*1 What was this home base? Home base for these kids was a Compassion church project. During the day, the project is the place where children are taught, fed, and protected from the world outside. In their home base, they are kept clean, safe, and full. They have fun. They get to learn. They get to be children. This Compassion project is home base — their safe place. 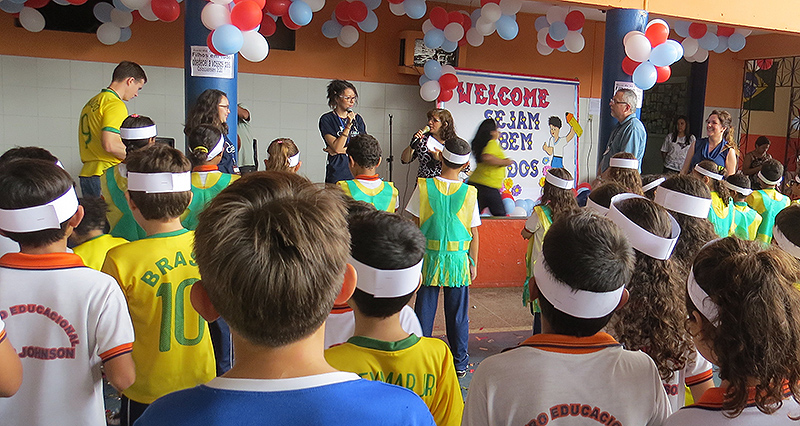 After spending several hours at the safe place, we broke up into groups and went into the neighborhood. The contrast was dramatic. We only walked two short blocks. We only took a few steps around the corner from the Compassion project. Proximity didn't matter. In those few steps, we entered another world. A world that was decidedly not safe for children. 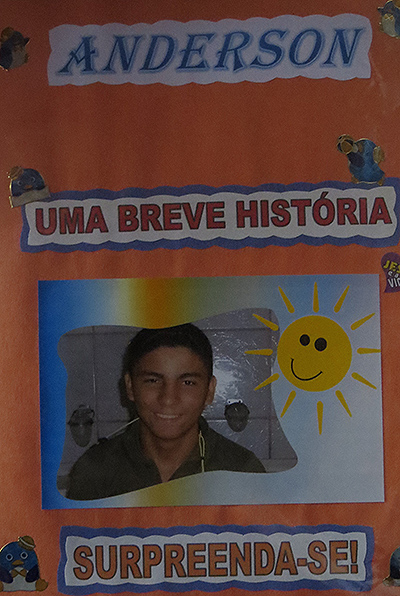 Along the way, we walked past someone basically on the front porch of the house we were going to visit. He was sleeping in the filth of accumulated leaves, trash wrappers, and wet dirt. He was coming down from a night with alcohol or crack or both. This was the norm for the neighborhood. We were going to the house of a sixteen-year-old boy... a remarkable young man. His name is Anderson.

When Anderson was 10, his fathered died. His mother had abandoned Anderson and his brothers and sisters several years earlier. When Anderson's father died, he and his siblings were alone to face the dangers of the neighborhood. One sister ran off because of drugs. The other sister ran off for reasons unknown... maybe better left unknown. One brother died of an overdose. The other died of violence related to drugs. That left Anderson completely alone... as a ten-year-old... in a bad neighborhood... with no one... with no money... just his dad's old house where he lived.

That's when the director of the Compassion project around the corner stepped into Anderson's life. She brought him into the church project — he came to home base. A Compassion sponsor was found for Anderson. 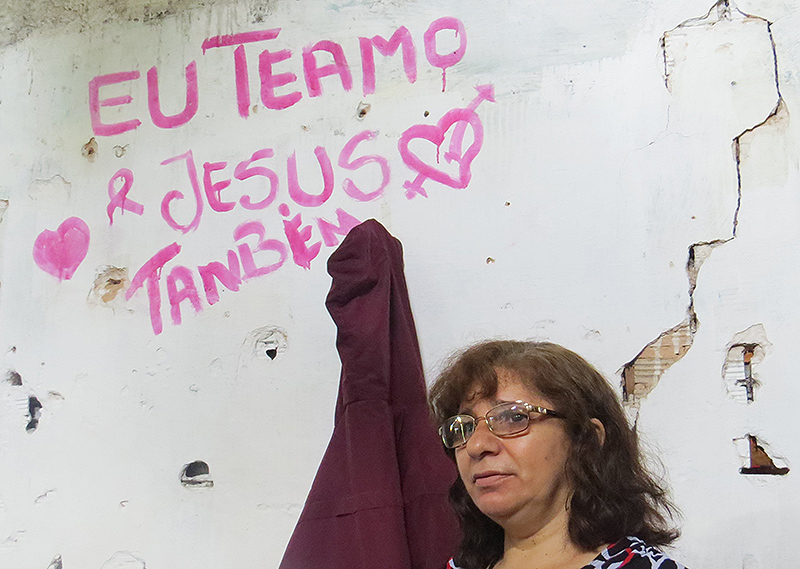 Because Anderson had not gone to school, the director let him go to class with the little kids and catch up to grade level. She fed him a small breakfast. He ate lunch with the kids in the project. Then he took more classes when the afternoon batch of kids came to the project. (Many places in Brazil double use their schools with a morning shift and an afternoon shift.) The director fed him a small supper. She stayed at the church building till late evening so Anderson didn't have to go back to his home alone. He was at home base while the neighborhood kids were out and getting into drugs and violence on the streets. This director made sure Anderson was safely in his own little house in his own bedroom before she went home. She has done this for six years. 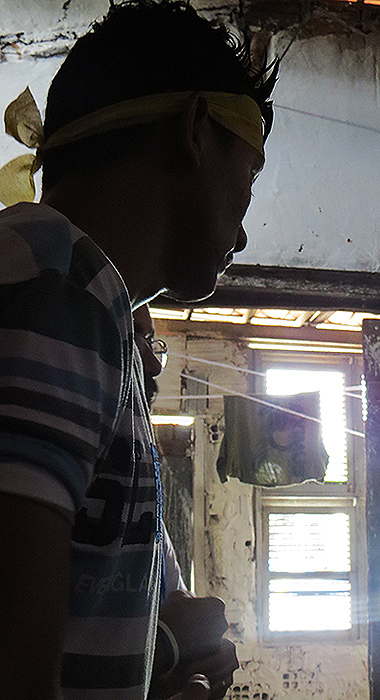 Anderson knows Jesus. He learned about Jesus in the project. In fact, he wants to minister and help others know Jesus. Anderson knows he needs to finish his education if he is really going to make it to a place he can help other kids escape the neighborhood. He also wants these kids to find their ultimate home base in Jesus. You see, Anderson is determined. He is committed to his future path. Underneath all the loss, all the pain, all the violence and despite the drugs all around him, Anderson has kept his heart tender to others like him.

Anderson's mother came back after years away. He didn't know where she had gone or why she had gone. She stayed in a back room awhile, then left again following her own demons. Anderson's last living sibling, a sister, lives with him with a couple of nieces. His stability, faith, and commitment provided a place for his much older sister to come back and call home — a home base for her and her little girls.

What difference does little more than a dollar a day*2 make in the life of a child? For Anderson, it made a difference in everything that matters — faith, food, family, future, and focus. It even meant having the power at sixteen to take what he had been learning from his home base in the Compassion project, to making home base in his house for his sister and her girls.

Most who have followed Jesus a long time lament the fact that they didn't get to see Jesus do some great miracle personally while he was on earth. No doubt, it would be cool to know how Jesus fed 5,000 with a little boy's picnic basket of sardines and slices of bread. I don't know how he did it, but I love that the bewildered 12 apostles each had a basketful of leftovers to pick up when the picnic was over. 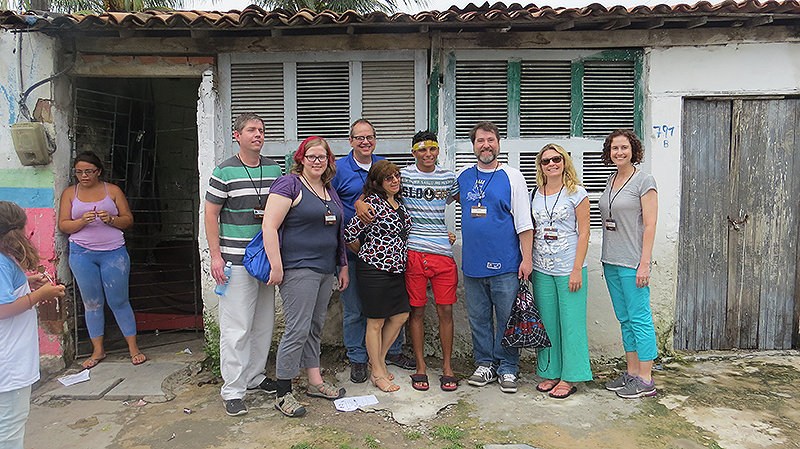 I don't have trouble believing that Jesus did this miracle. I believe it to be true because I've seen Jesus do miracles that I've touched with my own hands. I've seen little boys and girls who were left all alone with nothing and the odds stacked against them. Yet these precious kids emerged from their trip through the suburbs of hell ready to help, bless, heal, minister, and save others just like themselves. Through the love of a Compassion sponsor far away, along with the love and investment of Compassion folks just around the corner, these kids were provided home base. Like Anderson, this home base provided them a place where they could grow, be safe, be fed, learn about Jesus, and thrive.

In my mind, saving a ten-year-old boy who lost five family members and was too young to make it on his own ranks right up there with feeding a multitude on a boy's lunch of five loaves and two fish. You see, just like each of these apostles picked up a basket in his own hands, I've held some of these miracles in my own hands as well. 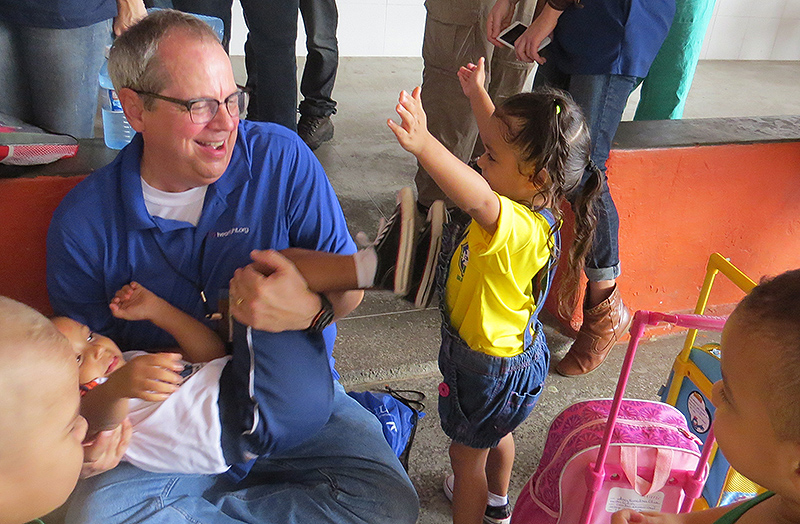 *2The cost to sponsor a child with Compassion is just a little bit more than a dollar a day. We believe in Compassion and our families sponsor 6 children. [Return to Article]

"Holding Jesus' Miracles in My Hands" by Phil Ware is licensed under a Creative Commons License. Heartlight encourages you to share this material with others in church bulletins, personal emails, and other non-commercial uses. Please see our Usage Guidelines for more information.