Learning to reach out, and further out, to speak for Jesus. 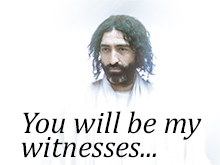 This is the third in a series of four posts based on the first chapter of the book of Acts.

"Lord, will you at this time restore the kingdom to Israel?" (Acts 1:6)

This question exposes multiple misunderstandings on the part of Jesus' disciples. In the previous post in this series, we looked at one of them: the expectation that Jesus would return Israel to some previous golden age, such as the reign of David or that of Solomon.

In this post, I want to address another of their misunderstandings. They asked, "Will you at this time...?" Apparently they expected the kingdom to appear all at once, fully-formed and complete, by the divine fiat of Jesus himself.

Jesus replied, "You will receive power when the Holy Spirit comes on you; and you will be my witnesses in Jerusalem, and in all Judea and Samaria, and to the ends of the earth" (Acts 1:8). In this surprising response, Jesus informs them that he will indeed establish the kingdom, but that he will do it through intermediaries, both divine and human. The divine agent will be the Holy Spirit, and he will empower the human instruments — the disciples themselves.

Seen in the context of kingdom building, the concept of "witness" comes into sharper focus. We generally define the word in legal terms. A witness is someone who has personal knowledge of facts that have a bearing on a case before the court. That person is called upon to say what he or she knows so that a just verdict can be rendered. 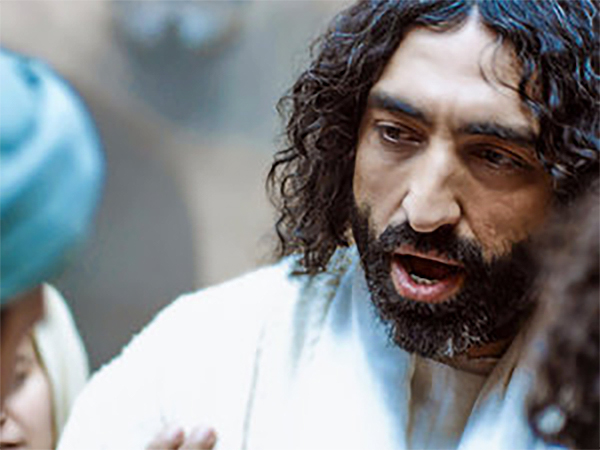 To understand how the witnesses Jesus envisioned differ from our legal paradigm, consider a hypothetical ancient kingdom ruled by a tyrannical despot who has deposed and exiled the rightful king. After years of his cruel and autocratic rule, a revolt removes the tyrant from the throne and lands him and his top henchmen behind bars. The legitimate monarch returns to the capital to reclaim his throne. There is great rejoicing at his coronation, but most of his kingdom is still in the grip of the old system, administered by the tyrant's corrupt cronies. The new king calls his closest, most trusted comrades and commissions them:

Go into my kingdom as witnesses to my ascent to the throne. Tell the events you have seen to everyone, here in the capital city, in the surrounding regions, and to the farthest reaches of my territory. You are my representatives, acting on my authority. All the power of the throne stands behind you.

You can imagine the reactions such witnesses would encounter. Those who had suffered under the former ruler's cruelty would greet the news with joy and relief. But those who had profited from the despot's mismanagement — those who had actively participated in and benefited from his corrupt ways — would feel threatened and would come out fighting. These witnesses sent forth to proclaim the new king's rule would no doubt pay a price for saying what they knew.

Similarly, a witness to the kingdom of God is not just someone who says what he or she knows; a witness is someone who is willing to pay a price to say what they know. Our world is still in the grip of the lord of lies. Jesus is now on the throne, but his reign is not only unwelcome news in many quarters; it is a threat to the established system. As we proclaim the kingship of Jesus, we can expect active opposition from those to whom his reign is a danger. Little wonder that the word in biblical Greek for witness is martyria, from which we get our English word martyr.

I've been struck by the number of churches that are "demographic islands.
Jesus calls upon us to take on the risk of proclaiming his reign. He tells us to be his witnesses "in Jerusalem" (Acts 1:8). Our "Jerusalem" would be our immediate surroundings. We are to bear faithful witness to the reign of Jesus in our home, among our friends, in our schools and workplaces and in our neighborhoods. If I am a faithful witness, I will pray "Your kingdom come" into my heart, into my speech, into my finances, into my marriage, into my family, and into my relationships with coworkers and neighbors.

A witnessing church will be intentional in proclaiming the Lordship of Jesus to its immediate community, its "Jerusalem and all Judea" (Acts 1:8). We must certainly reach for the "low-hanging fruit" of people who are closest to and most similar to us, but still in need of a saving relationship with Christ.

Bearing faithful witness to our Jerusalem and Judea is only the beginning. We have been called to be witnesses to the reign of God in our "Samaria." You are of course familiar with the antipathy toward Samaritans reflected in the gospel accounts. The call to witness to Samaria involves going to people who are not like us, and who we do not like. There is always pushback when churches launch a ministry to "those people" — be they drug addicts, homeless persons, ex-convicts, victims of domestic abuse, or homosexuals. Yet the fact that there is pushback is the very reason we must pursue such works. Reaching out in spite of such resistance is a kingdom priority. It is witnessing to our "Samaria"! 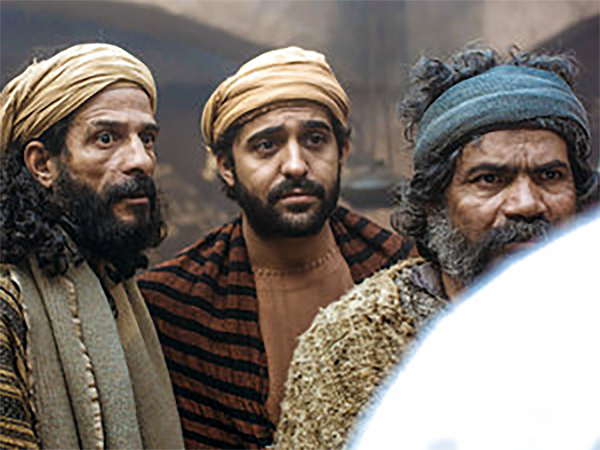 Finally, Jesus calls us to carry our witness to his reign to the ends of the earth. It has been often noted that the story line in the book of Acts follows the sequence outlined by Jesus (Acts 1:8) — the gospel is proclaimed first in Jerusalem, then all Judea and Samaria, and finally across the Roman empire. The Gentile mission — with its accompanying challenges and conflicts — is a central theme in Acts, and indeed in the rest of the New Testament.

Crossing cultural barriers with the good news of Jesus is never easy. And receiving people into our fellowship who arrive with vastly different cultural practices and sensibilities is excruciatingly difficult. Yet, our faithfulness as witnesses demands that we reach across these cultural barriers.

In my work as an interim minister, I've been struck by the number of churches that are "demographic islands." These churches are composed of people who are culturally and socioeconomically homogeneous and isolated from their surroundings. Significant local populations of African Americans, Latinos, and Asians are conspicuously underrepresented in their number. And quite often there are entire generations missing from their ranks. Not infrequently, these members have all moved far away from the church building, commuting in from neighborhoods that are vastly different from the one where they meet on Sundays. They have little concern for the plight of the people right outside their church door. What's worse, if someone were to outline for them a proven strategy for reaching these people, it would be dismissed outright. Such churches cannot claim to be faithful witnesses, regardless of how pure their doctrine or tight-knit their fellowship. What's worse, they will eventually die — see Autopsy of a Deceased Church: 12 Ways to Keep Yours Alive by Thom S. Rainer).

Church leaders need to challenge their flocks to be faithful witnesses, recognizing that there are risks and dangers inherent in that task. Churches that are willing to pay the price to live lives of integrity, to reach out to "those people," and to sacrifice their comfort for the sake of reaching across cultural boundaries, can expect, through the power of the Holy Spirit, to experience the kingdom of God and celebrate its blessings.

"Act(s) 1: Scene 3 — Witnesses" by Mark Frost is licensed under a Creative Commons License. Heartlight encourages you to share this material with others in church bulletins, personal emails, and other non-commercial uses. Please see our Usage Guidelines for more information.