How are we going to go forward while looking backward with nostalgia? 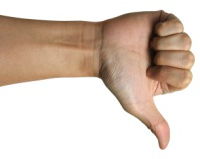 I've heard there are people with such sunny dispositions that they never give way to sadness. The rumor is that they always make lemonade from their lemons. And the boast is that they can always win at cards — no matter the hand they get dealt. They always come out of tough times on the winning side, always cure their own illnesses with positive thinking, and are always loved by all who know them. Maybe there are such people. I doubt it.

Don't get me wrong. There is certainly value to looking for silver linings over getting lost in the dense fog of a dark cloud. In fact, if I had to choose between being a naïve optimist and marching to the beat of the pessimist's drum, I would hope to be confused with Forrest Gump over Eeyore.

There is lots of pessimism in the air these days. There's pessimism over the ISIS, Ebola, and the economy. There is Eeyore-like melancholy over the state of world and national leadership. You name it. Somebody is there to tell us why things are worse than they've ever been — and destined soon to get worse still.

Maybe the pessimist lives under the delusion of Golden Age Syndrome. For most of my life, I have had to endure the lament of older people wishing for "the good old days" and "things as they used to be." I've always been skeptical of those people and have been inclined to suspect they have selective memory.

Now that I have lived a while, I'm trying to keep from using those phrases myself. Economics, politics, human relationships, religion — I seriously doubt there has ever been a time when all these things were just right.

Professor Walter Jackson Bate quotes a dejected Egyptian scribe who lived more than 2,000 years before Christ. The scribe commented on the limitations of language and wrote dejectedly of the fact that there were no fresh, new ways of saying things. On his view, "men of old" had created all the phrases that were possible for human language and had exhausted them by his time. Therefore all human expression had grown stale. Language was bankrupt.

As Professor Bate points out, this pessimistic requiem was sung over civilization before any of what we now take to be the world's greatest works of literature had been composed. Maybe the scribe was premature!

If all the pessimists across time had been correct in speaking of their generation going to the dogs, exhausting every creative option, or being abandoned by God, you and I would not be here to reflect on it. 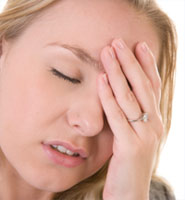 Without either being naïve or embracing Gump-ism, there is more value in facing the coming week with a positive, forward-looking spirit than wallowing in sadness over our loss of a perfection that never was.

Brothers and sisters, as I said, I know I have not arrived; but there’s one thing I am doing: I’m leaving my old life behind, putting everything on the line for this mission. I am sprinting toward the only goal that counts: to cross the line, to win the prize, and to hear God’s call to resurrection life found exclusively in Jesus the Anointed. All of us who are mature ought to think the same way about these matters. If you have a different attitude, then God will reveal this to you as well. For now, let’s hold on to what we have been shown and keep in step with these teachings (Philippians 3:13-16).

"Suffocating Pessimism" by Rubel Shelly is licensed under a Creative Commons License. Heartlight encourages you to share this material with others in church bulletins, personal emails, and other non-commercial uses. Please see our Usage Guidelines for more information.