Winning the hearts of our enemies? 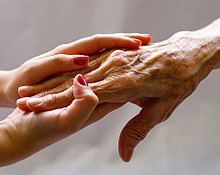 by Rubel Shelly (08/28/2012) | Leading in Hope
It is naïve to think there is never a time when force will be required or when legitimate power has to exert itself. Parents sometimes have to use their authority in order to civilize and mentor unruly children. Bosses occasionally have to fire people who are working against the company's policies and best interests.

Generally speaking, however, the power of human kindness is a superior form of power to brute force. An attempt to lead by persuasion should always go before the last-ditch requirement of confrontation and pulling rank.

Gail Halvorsen was taught these ideas about kindness, service to others, and the like back in Sunday School as a boy. Now a retired colonel of the U.S. Air Force, he never tires of telling about a situation where putting his convictions to work helped change the course of history. It helped turn an enemy into an ally.

Halvorsen was a pilot in Europe during and after World War II. In post-war Germany, he was on the ground in Berlin. Some of the many hungry children in the once-prosperous Germany that Adolf Hitler had reduced to penury flocked around him and his buddies to ask for food. They were hungry. They were begging for a scrap of bread or a handout from the soldiers' rations.

Halvorsen didn't have any food for the group of about 30 kids. He had two sticks of gum in his pocket. He handed them to a couple of the children – and had a bright idea. The next time he dropped food into the Soviet-blockaded area of Berlin, he dropped gum and candy out for the children as well. When word got back to his superiors of what he and now other pilots were doing, there was a chewing out for their "unauthorized activities." But one general defended what the pilots were doing. He encouraged them to keep it up. And soon American candy companies were providing chocolate bars and chewing gum by the tons.

As Halvorsen puts it, "It wasn't the chocolate. It was hope!" Little children and their beleaguered parents were encouraged to believe that things would someday be better for them. Historians of the period have credited the candy drops for helping change the attitudes of the German people toward their recent enemies in war. The same non-government program is also credited with altering American attitudes toward the German people.

'It wasn't the chocolate. It was hope!'
Maybe there are children for you to help in your neighborhood, through your company's involvement in the larger community, or in some ministry of your church. Maybe the people to think about aren't even children. Maybe there is just someone who needs an act of positive kindness that you can provide. There are certainly no guaranteed outcomes, but it probably won't do harm to be gracious.

Better yet, it could give hope or might even turn an enemy into a friend.

"Kindness Can Change Things" by Rubel Shelly is licensed under a Creative Commons License. Heartlight encourages you to share this material with others in church bulletins, personal emails, and other non-commercial uses. Please see our Usage Guidelines for more information.