Is fighting for the status quo and defending the way we've always done it really faithfulness?

Most of the good things that happen in God's kingdom result from transition.

It is periods of stability that pose the real danger to the kingdom of God (as counter-intuitive as that might seem): times when God's people grow comfortable and complacent... seasons when people's affections wander and their focus shifts.

In ancient Israel, it was the eras of peace and plenty that birthed spiritual apathy, materialism, idolatry, and neglect of God. As a remedy, God actually provoked significant transitions and traumas (war and enslavement, famine and drought, political turmoil and prophetic confrontation) as prods to awaken his people and reorder their priorities.

In the first century church, significant spiritual problems arose not from persecution or vigorous theological debate or challenging cultural tensions but from the lack (or an intolerance) of them. It was when people grew too comfortable, too settled, that spiritual rot set in: apathy, accommodation to the culture, adoption of worldly attitudes and values, a sense of self-sufficiency, an illusion of wealth and wisdom, a decline in witness, a loss of mission. Laodicea's problem was not too much change but too little: only a church that has lost its momentum can be "neither hot nor cold." Similarly, Jerusalem's defining problem was not too much transition but too little: resistance to a new audience, refusal of a different practice of faith, rigid adherence to old ways and comfortable customs and parochial perspectives.

Problems faced by churches tend to present during times of transition—like symptoms of an illness. It is easy to blame the problems on the transitions. But, in fact, problems usually precede transitions... in fact, they often provoke transitions, not the other way around. When churches lose their way, forget their purpose, grow too comfortable with custom and consensus, they find themselves ill-equipped and unprepared to handle new challenges and questions and perspectives. It isn't the challenges that enervate churches; it is a staid and stagnant mindset that will not allow churches to engage the challenges. 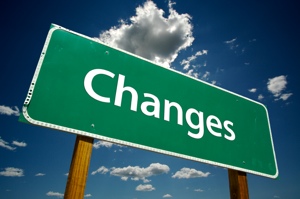 Which highlights an odd and perplexing attitude among God's people regarding the definition of faithfulness. Reflexively, habitually, God's people tend to define faithfulness in reference to the status quo. Keeping to the old paths. Maintaining the traditions. Protecting the conventions. Guarding the patterns of thought and worship inherited from our fathers.

The Pharisees hewed to this definition of faithfulness in their conflicts with Jesus. But he didn't keep their traditions. His teachings were "new." He kept transgressing their notions of religious propriety: what he did, who he spoke to, where he went, what he said. In the Pharisee's thinking, Jesus wasn't faithful because he didn't support their status quo.

The Jewish believers of Jerusalem were arguing this same definition in the middle years of the first century. Faithfulness meant embracing Cross AND Law... practicing the new faith WITHIN the customs and traditions of the old. Paul and his ilk didn't keep the customs or observe the law. He transgressed Jerusalem notions of religious propriety: what he taught, how he lived, who he ate with. In the thinking of many Jerusalem Christians, Paul wasn't faithful because he didn't support their status quo.

Jesus and Paul defined faithfulness very differently than the groups who criticized them. For them, faithfulness had little to do with tradition and much to do with mission. Faithfulness wasn't a matter of supporting the status quo but pursuing God's eternal purposes. Jesus expressed faithfulness by ignoring traditional purity rituals (like hand-washing) so he could focus on the kind of purity God most desires: that of the heart. Paul expressed faithfulness by refusing to observe Jewish traditions regarding dress and food and association so that he could focus on becoming "all things to all people so that by all possible means I might save some" (1 Corinthians 9:22) and fulfill his God-given mission.

Jesus and Paul defined faithfulness very differently.
All we control is the way we respond to those rhythms. We can resist and reject any changes in our routine. We can cling stubbornly to our comfort zones. We can spend our lives looking back, lost in nostalgia, wishing for times past.

Or, by faith, we can step boldly into the future, anticipating God's next new thing.

The challenge for God's people is to be faithful. But faithfulness requires, not that we champion keeping things the same, but that we champion responding in godly ways to the fresh challenges and new opportunities of God's kingdom. 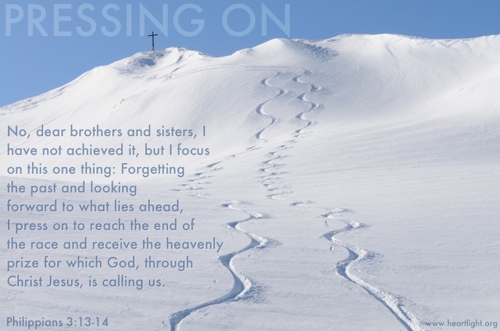 For the other six articles in this series, see "Change in the Life of the Church" on the Interim Ministry Partners website.

"Defining Faithfulness" by Tim Woodroof is licensed under a Creative Commons License. Heartlight encourages you to share this material with others in church bulletins, personal emails, and other non-commercial uses. Please see our Usage Guidelines for more information.