Can't have faith without being faithful 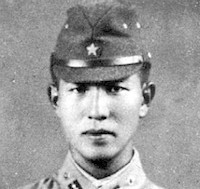 by Tim Archer (05/07/2014) | Hope for Life
Hiroo Onoda wouldn't leave his post. For more than 30 years, this Japanese soldier hid in the jungle on Lubang island in the Philippines. Family members traveled to the island and called to him over loudspeakers, urging him to come out of hiding. Leaflets were dropped from airplanes. There was no response.

A young traveler named Norio Suzuki went to the Philippines in 1974, looking for Onoda. When they met, Suzuki informed Onoda that the war had ended decades before and it was time to go home. The old soldier refused. He had been given orders and planned on following those orders.

Finally, the Japanese government located Onoda's superior, Major Yoshimi Taniguchi, and flew him to the jungle to issue new orders: surrender. Only then would this faithful soldier give himself up.

Faith isn't intellectual assent. It isn't the acceptance of the truth of certain ideas. Faith involves devotion, loyalty, and obedience. A man who has faith in God plans to do whatever God asks of him.

Jesus said, "If anyone would come after me, he must deny himself and take up his cross and follow me. For whoever wants to save his life will lose it, but whoever loses his life for me and for the gospel will save it" (Mark 8:34-35).

Faith is total surrender to God's will. It's the willingness to let God do whatever he wants with us. Faith makes God's commands the top priority in our lives.

If you have questions about what it means to have faith in God, write to me at tarcher@heraldoftruth.org. Or join the discussion about faith and faithfulness on our www.hopeforlife.org blog.

"Faith and Faithfulness" by Tim Archer is licensed under a Creative Commons License. Heartlight encourages you to share this material with others in church bulletins, personal emails, and other non-commercial uses. Please see our Usage Guidelines for more information.