I've Been Wanting to Talk to You

Been talking to anyone about the Lord lately?

by Phillip Morrison (08/09/2013) | Special Features
If it's possible to like someone you have never met, I really, really like Dan Smith. Dan is an Austin, Texas, businessman who developed a technology company and sold it for millions in 2006. I don't know how much he made, or what he did with a lot of it, but I do know what he is doing with a big chunk of it.

Dan is a Christian who wanted to use his wealth to improve the spiritual awareness of people in our nation's eleventh largest and fastest-growing city. He started by engaging LifeWay Resources to conduct a survey measuring the area's spiritual interest. That survey revealed that more than a million people (1,099,958 to be precise) in Greater Austin say they are not believers in Jesus Christ. But about 700,000 of those people expressed interest in having spiritual conversations.

Undaunted by the size of the challenge, Dan Smith believed that God can do "immeasurably more than all we ask or imagine" (Ephesians 3:20). His vision was contagious, and thousands of Christians in Austin are currently studying how to have spiritual conversations with their family, friends, neighbors, and co-workers. To date, 318 churches (the majority are independent and non-denominational) are involved in the campaign called Explore God. 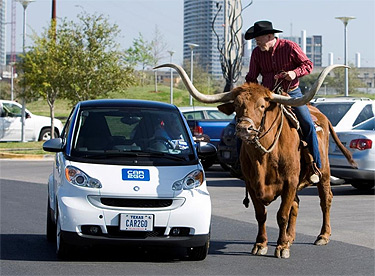 To a guy who has been preaching more than sixty years, sermons are more familiar ground than conversations. But sermons are monologues that church folks are willing to tolerate and unchurched folks pretty much avoid. People who go to church tend to be docile, quiet, attentive — at least for a few minutes. It hurts my pride to admit that people got through listening before I got through talking. Still, some people were helped and some lives were changed. The flowery oratory of the past gave way to a conversational style of preaching when we learned it worked.

I remember the day a woman who had made some bad choices said, "You must think I'm a really bad person." I asked, "Does it really matter what I think? Let me tell you about a woman who had five failed marriages, then began living with a man without benefit of marriage. You can read about her conversation with the One whose opinion does matter in the Gospel of John, chapter four." The Samaritan woman came out from the village to draw water, and the disciples went into the village to buy food. She came out and they went in, undoubtedly meeting and passing along the narrow pathway. In keeping with the customs, she may have stepped aside to let those "important" men pass by. If they saw her at all, they only saw a woman with a water jar. Jesus saw a person who needed the Water of Life more than water from a well.

Customs of the day said Jews wouldn't talk with Samaritans, and men wouldn't talk with women they didn't know, but Jesus talked with a Samaritan woman, a stranger who desperately needed the water of life. I haven't verified the numbers, but someone told me recently that people asked Jesus 187 questions during the course of his ministry, and he only answered three of them directly. On the other hand, Jesus asked people 306 questions. He wanted to draw them out, listen to their stories, and offer guidance. His most famous sermon, the Sermon on the Mount recorded in Matthew chapters 5, 6, and 7, wasn't delivered until he sat down, suggesting intimate conversation rather than platform presentation. 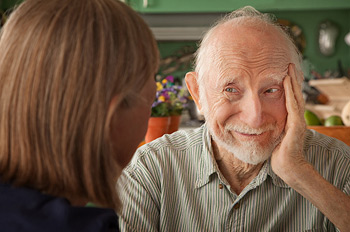 When my friend Era Jaynes died recently at the age of 82, a mutual friend told me about an incident she described as "the dawn of a new Era." Era said to a relative, "I'm so glad we have this time together because I've been wanting to talk with you about the Church."

We may eventually talk about a lot of things, but our priority conversation is about the Lord.

Explore God! Together we may discover The Way, The Truth, and The Life!

"I've Been Wanting to Talk to You" by Phillip Morrison is licensed under a Creative Commons License. Heartlight encourages you to share this material with others in church bulletins, personal emails, and other non-commercial uses. Please see our Usage Guidelines for more information.