The Story: Rebuild and Restore

How can you tell how we are doing with our spirituality?

What about that cold morning in Florida? Do you remember January 28, 1986 and the two twisted trails of rocket booster smoke etching the horror of thousands of school children as they watched Christa McAuliffe and the crew of Challenger lose their lives on morning TV? Can't remember that day?

What about that awful September 11 morning in 2001 as

huge airplanes flew into the Twin Towers in New York City, the Pentagon in Washington, and another was heroically steered into the ground in a field in Pennsylvania to prevent even more deaths? Do you remember?

After each of these horrific events, Americans felt vulnerable — exposed, with any sense of security gone. Gone was the swagger that we could do anything we wanted. Suddenly it was "gut check" time — time for a careful and introspective look inside ourselves to see what would motivate us to rebuild and to restore what was lost.

This was where God's leaders Ezra and Nehemiah found themselves when they separately took the long, four month journey back home to Jerusalem. It was gut check time. God's people were vulnerable, stunned, and broken. God's people had to decide if they had what it took to rebuild their broken world and to restore their spiritual passion.

They returned home to less than nothing — a mess of rubble inhabited by jackals, rats, and snakes. They returned to the ugly mess of their national destruction and personal despair. Yes, it was "gut check" time indeed!

And God, in his grace, provided his exiled and scattered people these two incredible leaders whom he used to change everything. The first leader was Nehemiah, the cup bearer of the Persian King. Nehemiah had heard of how bad things were at home and came back home to fix things with the blessing of the Persian King (Nehemiah 2:1-18).

Despite opposition from nearby enemies, despite the lack of food for the workers, despite the laziness and arrogance of the nobles too aloof to work, despite the rich who extracted heavy interest from their fellow Israelites, despite hunger and danger and fear, Nehemiah and the people rebuilt the walls in 52 days (Nehemiah 6:14-16). Incredible! At great personal risk and sacrifice, through prayer and the Lord's guidance, Nehemiah led God's people to rebuild the walls and return a sense of "nationhood" to the people in less than two months. This was a Herculean accomplishment!

Yet as hard as Nehemiah's work was, rebuilding structures was easy when compared to restoring deep, genuine, God-dependent spirituality and character necessary for God's people to flourish! What Nehemiah did with the physical structures, Ezra gave himself to do with the people's spiritual passion.

Ezra, facing the risk of rejection and alienation, called God's people to repentance and spiritual re-commitment through passionate observance of the Torah, The Law of God (Ezra 7:1-10). Ezra's open display of grief and confession at the sin he found moved God's people to recommit to spiritual purity in marriage (Ezra 9:1-6; Ezra 10:1-5). Ezra's deep love for the words of God, The Torah, broke open the hearts of God's people with both joy and conviction at hearing the Creator's will revealed in Scripture and called them to worship and sacrifice with joy (Nehemiah 8:1-12). Ezra's call to the people from The Law led their leaders to repent — they weren't just sorry for their sin and lack of faith, they didn't just intend to change, they actually changed their lives and followed God's will revealed in The Law (Nehemiah 9:1-5; Nehemiah 10:9-17).

Like Daniel and Esther who lived close to the same time as Nehemiah and Ezra, these latter two lived with the absolute conviction that God could use their own personal decisions, their personal influence, and their own personal spiritual passions, to change everything... for good, for God, and for God's people!

And if God could do it with them, what is it The Almighty wants to do with you?
And how did they do it?

A cup bearer for a foreign king, and a priest with no home to call his own, rebuilt and restored what centuries of unfaithfulness and marauding armies had destroyed and that vermin had inhabited.

And if God could do it with them — a priest in exile and a cup bearer — what is it that The Almighty wants to do with you? What can God use you to do to bless his people and bring him glory?

Our God, the LORD who shines light in dark places to lead his people out of darkness, is looking for those who love him — people like Daniel, Esther, Ezra, and Nehemiah — to shine their light so others can find fresh hope to rebuild and restore their lives in him:

In the same way, let your light shine before others, that they may see your good deeds and glorify your Father in heaven (Matthew 5:16). 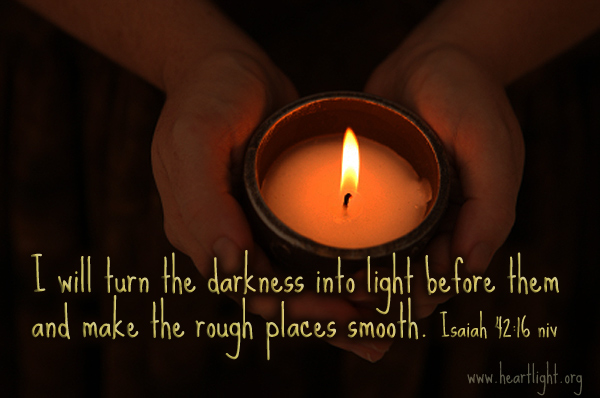 "The Story: Rebuild and Restore" by Phil Ware is licensed under a Creative Commons License. Heartlight encourages you to share this material with others in church bulletins, personal emails, and other non-commercial uses. Please see our Usage Guidelines for more information.