Isn't it time you put this back into your daily life? 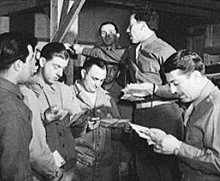 by Phil Ware (02/03/2011) | Two Minute Meditations
Ed was a man's man — Green Beret, Military Intelligence, full bird Colonel, Texas DPS Intelligence, Private Eye, and physically fit into his seventies. He weighed every morning to see how much Bluebell ice cream he could eat that day. Then he would do his workout or play tennis. The most touching part of Ed's story, however, involved Leona. Fifty years after the events and with a big smile on his face as he would tell the story, small tears would glisten in the corner of his eyes.

World War II and the army came calling for Ed. Yet rather than rushing off and getting married to Leona and risk leaving her a widow, maybe even with a child to raise on her own, Ed did what he believed was the honorable thing. He made his love for Leona clear, but decided to wait till after the war to get married. Leona did something honorable as well. She wrote Ed every day he was gone — every day for years!

When Ed would tell this story years later, he would talk about how he loved those letters. He didn't receive them very often — after all, it was war. But when mail call came, he always had the biggest stack of letters. He would put them in order and then eagerly read them ... again and again. He was happy to tell you that those letters sustained him through very hard times and he returned from war loving Leona even more than when he had left.

We all know we are supposed to read the Bible. In fact, if I had started off by saying that, I doubt you would have read this far. Yet holiness is built on God's incredible and sacrificial love for us. Scripture is more than a library of 66 books with varied human authors, written over the course of more than a thousand years. The Bible is a collection of God's letters to his beloved children who are at the front lines of war engaged in hand-to-hand combat with the enemy.

While we can say a lot of things about the nature of the Bible,* the truth is that the principles of Leona's letters to Ed are even more true of God's Scriptures written for us:

Years ago, I interned for a church that had a huge open Bible on the communion table at the front of the sanctuary. From a distance, the pages looked yellowed and well used. Yet after several Sundays there, I began to wonder about that. Most folks didn't bring their Bibles to church and they sure didn't seem to use them or know them away from church.

One night as I was taking a short cut through the sanctuary to my car to head home, I stopped and looked at the old Bible. As I turned back several pages they began to look more stained than worn. Sure enough, I came to the page where water from a roof leak had dripped for some time and stained the old Bible. It became a symbol of something deeply lacking in the life of this church. They lacked a yearning to know and be shaped by the word of God.

We are at the front lines of battle. We are in a war against Satan and his desire to hold people captive, wreak havoc to the peace between nations, and to corrupt the hearts and minds of all who love Jesus. Yet so much of what we turn to for information, advice, and moral guidance comes from everywhere ... but God! No wonder there are so many casualties, so many who lose faith, and so many who get sucked under by the rip tide of culture. So let's hear the reminder Paul sent Timothy about the importance of the Scriptures:

But as for you, continue in what you have learned and have become convinced of, because you know those from whom you learned it, and how from infancy you have known the Holy Scriptures, which are able to make you wise for salvation through faith in Christ Jesus. All Scripture is God-breathed and is useful for teaching, rebuking, correcting and training in righteousness, so that all God's people may be thoroughly equipped for every good work (2 Timothy 3:14-17 TNIV).

* Here are two sets of things I hope you find useful as you SH!FT your priorities to focus more on what God has given us in the Bible:

First, notice the powerful message of Paul to Timothy in the passage quoted above. Scripture is about...

Let's remember Ed's passion for those letters from Leona!

Second, here are some resources on Heartlight.org to help you in your walk with God in Scripture:

"SH!FT: READ_faithfully" by Phil Ware is licensed under a Creative Commons License. Heartlight encourages you to share this material with others in church bulletins, personal emails, and other non-commercial uses. Please see our Usage Guidelines for more information.