Some things really don't matter that much 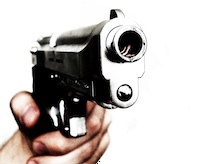 by Tim Archer (12/08/2010) | Hope for Life
I remember watching Monday Night Football on December 8, 1980. It was a relatively exciting game. The Miami Dolphins beat the New England Patriots in overtime. The games in those days were still being announced by the classic team of Howard Cosell, Frank Gifford and Don Meredith.

An unspeakable tragedy confirmed to us by ABC News in New York City: John Lennon, outside of his apartment building on the West Side of New York City, the most famous, perhaps, of all of The Beatles, shot twice in the back, rushed to Roosevelt Hospital, dead on arrival.

Those were the words that shocked millions across the country. One of the most famous men in the world had been shot and killed. That's the announcement that stands out in my mind.

Yet as we mark the 30th anniversary of that tragedy, I think something else Cosell said that night should be what we remember: "Remember this is just a football game, no matter who wins or loses."

There are so many things in life that need those words attached to them. Remember this is just ____. So many things which seem important to us in the moment lose their importance when we confront issues of life and death.

Football games will be won and lost. Politicians will be elected, wars will be fought, businesses will rise and fall. Many things that will be the concern of the moment will be distant memories within a short amount of time.

Remember, this is just _____
What will really matter in the long run? What will be of lasting importance? Jesus prayed, "Now this is eternal life: that they may know you, the only true God, and Jesus Christ, whom you have sent" (John 17:3). What will matter throughout eternity is whether or not we know Jesus Christ and know the only true God.

There will be tragedies in this world. Unspeakable tragedies, as Cosell said. But there will be no greater tragedy than failing to establish a relationship with Jesus. If you don't know Jesus, take some time to visit the www.hopeforlife.org web site. Watch the videos. Read the articles. And contact us.

"Unspeakable Tragedy" by Tim Archer is licensed under a Creative Commons License. Heartlight encourages you to share this material with others in church bulletins, personal emails, and other non-commercial uses. Please see our Usage Guidelines for more information.