When does no actually mean yes? 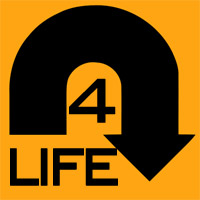 by Rubel Shelly (08/09/2010) | Leading in Hope
"I'm not going to live in this sort of hell anymore!" he told me. The hell he had in mind wasn't the jail cell where we had the conversation but the years of alcoholism that helped put him there. Lost jobs, two broken marriages, more fights than he could remember — the litany of pain could go on almost endlessly.

"This isn't anything I can put up with," she said. "It was one thing when he would criticize everything I did and belittle me in front of our friends. These stitches around my eye are his latest 'gift' to me, and I'm not taking any more." The sad thing is that she somehow thought she had to take the dehumanizing verbal abuse that had gone on so long before the physical abuse started.

Both these people had summoned up all the courage they had to draw their lines in the sand and to shout a thunderous "No!" to situations that had kept them in cruel bondage for years. With help he found in A.A. and after a few days in a church-run shelter for herself and her infant daughter, these two people turned their lives in new directions and are thriving now.

Before either of them could say "Yes!" to hope, positive options, healthy relationships, and joy, they had to find the courage to say "No!" with emphasis and certainty. In the Bible, this negative move that is a positive step is called repentance. It is a decision to turn away from something destructive in order to embrace something healthy and positive. It is not a feeling or new information. It is a conscious decision to be through with what is killing you in order to live.

Most of us think of repentance in terms of giving up some evil habit. So it would fit the first case above but probably not the second. But, no. It is a broad term that can be used in facing up to any sort of bad choice, unhealthy relationship, or pattern of living that has put you in anguish and taking action to change the direction — and consequences — of your life path.

One can repent of anything from trying to buy happiness on his credit cards to thinking she is smart enough to manage without anybody's help to believing the world's lies about how hopeless you are instead of God's affirming truth of how precious you are to him.

When the pain of a lie, bad choice, or self-defeating lifestyle gets bad enough, most of us wish for better options. Often, in fact, we know what they are. And we try to grasp them. Too often, however, our hands are still so full of the rotten, deadly stuff that we can't get a meaningful grip on life and joy.

That's when you have to face it: Until you close some doors and rope off certain dead-end paths, you can't walk through the gate that leads to life.

Repent, then, and turn to God, so that your sins may be wiped out, that times of refreshing may come from the Lord, and that he may send the Messiah, who has been appointed for you — even Jesus (Acts 3:19-20 TNIV).

"The 'No' That Is 'Yes'" by Rubel Shelly is licensed under a Creative Commons License. Heartlight encourages you to share this material with others in church bulletins, personal emails, and other non-commercial uses. Please see our Usage Guidelines for more information.