Bigotry: The Shoe Is on the other Foot

Some would make religion the reason for disqualification? 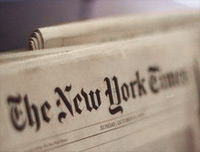 by Rubel Shelly (08/16/2009) | Leading in Hope
There has been a great deal of religious bigotry across the centuries. There's nothing to do but admit it. But times have changed.

I read with considerable interest an op-ed piece by Sam Harris ("Science Is in the Details," New York Times, July 27, 2009) on the nomination of Francis Collins to be director of the National Institutes of Health. His thesis that the Christian world-view embraced by Collins makes him suspect for such an important scientific post is a judgment based on prejudice rather than sound reasoning.

Harris is known for his anti-theistic, anti-Christian stance. Publishers Weekly called his "The End of Faith" (2005) a "sometimes simplistic and misguided book" whose sweeping generalizations about both science and religion make it "ineffectual." So anyone who comes from the position of theism — particularly Christian theism — will be viewed skeptically as to his or her ability to use the scientific method and to depend on rational processes to dictate outcomes.

Now let me admit that I am biased too. As is Collins, I am a confessing Christian and have a bias against "the claims of atheistic materialism." That is, I question the assumptions that something can come from nothing, that non-living matter can spontaneously give rise to life, and that living organisms can become self-reflective, rational beings without personal divine intervention. My bias is not irrational, however, and comes from decades of rational investigation and a serious commitment to go where the best evidence leads.

Harris claims "few things make thinking like a scientist more difficult than religion." If religious beliefs were actual barriers to scientific rigor, such devout persons as Descartes, Copernicus, Kepler, Newton, Boyle, and a host of others would never have made their contributions to the public good. In the more modern setting, theism would have rendered Werner Heisenberg, Max Planck, Paul Davies, John Polkinghorne, and Roger Penrose — as well as Francis Collins — ineffectual dabblers in physics owing to their embrace of metaphysics.

If Francis Collins is judged for his suitability on the basis of training, history of performance, and recognition of competence by accredited peers, there is no substantive criticism to his service at the NIH. If he is judged for his suitability for that same role on the basis of a prejudice against his belief (or non-belief) in God, the commentary is less about him than his critic.

I hope we get to a point where haranguing over faith and reason can give way to a respectful joint search for good answers to important questions. We'll never all come out at the same place, but we can be a bit more civil in the quest.

Who is going to harm you if you are eager to do good? But even if you should suffer for what is right, you are blessed. "Do not fear their threats; do not be frightened." But in your hearts revere Christ as Lord. Always be prepared to give an answer to everyone who asks you to give the reason for the hope that you have. But do this with gentleness and respect, keeping a clear conscience, so that those who speak maliciously against your good behavior in Christ may be ashamed of their slander (1 Peter 3:13-16 TNIV).

"Bigotry: The Shoe Is on the other Foot" by Rubel Shelly is licensed under a Creative Commons License. Heartlight encourages you to share this material with others in church bulletins, personal emails, and other non-commercial uses. Please see our Usage Guidelines for more information.