How is your family going to navigate the road ahead? 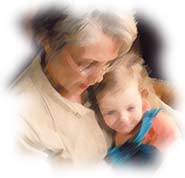 by Rick Brown (07/08/2009) | Together in His Grace
Until John Harrison came along, navigation of ships was a guesstimate at best. Egyptian sailors never ventured far from the land. Geographic landmarks guided them. Phoenician sailors shifted their eyes from the land to the skies and plotted their course by the North Star. In 1100 CE the Chinese created the first magnetized needle compass.

However, John Harrison solved one of the biggest maritime problems in history. In 1714 the British government established the Board of Longitude and offered a reward of 20,000 pounds — about $6 million today — to anyone who could create a device that would provide longitude within a half-degree, or two minutes of time.

Some of the greatest minds in Europe accepted the challenge, but it took Harrison, a self-educated clockmaker, to create the marine chronometer. The marine chronometer became a standard "stowaway" on ships, enabling men on the Seven Seas to find their way home without having to stop and ask for directions.

Today, the marine chronometer is seldom used, althought it is required on most vessels. What bumped it? The GPS — The Global Positioning System, something more and more of us in routinely in our own personal travels.

If only a modern day John Harrison would invent a GPS for the family — a Genealogical Planning Strategy. Something that would give families a strategy for packing up their values and taking them with them from one location to another and passing those values on to coming generations. This would be something that could impact the coming generations for years to come.

Jesus had a GPS. Yes, the Lord had a strategy for instilling various values in his disciples. For example:

Do you value family time and passing on your spiritiaul heritage? Then plan it into your schedule.

Do you want your children and their children to handle conflict well? Then model and demand honesty, loving confrontation, and forgiveness.

Jesus had one!
Do you value faith? Then plan a mission experience where your family is outside its comfort zone helping others and sharing the Lord.

Do you valued generosity? Then give away presents at Christmas. (This will go well until one of your kids says, "What are you going to give away?" And he's looking straight at your Nike Sasquatch Sumo 5000 Driver.)

We have to use our spiritaul GPS for it to be valuable to us and our families.

Jesus created His GPS long before Harrison created his marine chronometer. The marine chronometer is seldom used today. In fact, Harrison's original is in a museum, tucked away where you can look at it, but it is not functional. Nearly 2000 years later, Jesus' GPS is still ticking.

For I have chosen him, so that he will direct his children and his household after him to keep the way of the LORD by doing what is right and just ... (Genesis 18:19 TNIV).

"Family Unique: GPS" by Rick Brown is licensed under a Creative Commons License. Heartlight encourages you to share this material with others in church bulletins, personal emails, and other non-commercial uses. Please see our Usage Guidelines for more information.