What's there to feel good about? 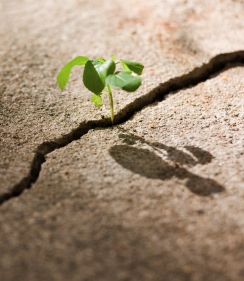 by Rubel Shelly (07/06/2009) | Leading in Hope
I've heard it in several different forms lately. I've even been guilty of it myself! It is, after all, an easy trap into which we humans can fall.

The lady asked her question this way: "Hey, are you an optimist? Or are you a realist?"

Hold on for just a cotton-pickin' minute! I thought the opposite of optimism was pessimism. But something more than a verbal sleight of hand happens when the opposite of realism is allowed to be labeled optimism.

Reality isn't always an easy thing. That much is true. Reality for some people is a birth defect or blindness or cancer. Reality for others is a job that doesn't pay enough to support a family or simply no job at all. Reality for one fellow I was talking with the other day was neither unemployment nor poor pay for his skilled position but "thin margins" compared to profits he was accustomed to making.

Today's reality isn't particularly pleasant to explore. Unemployment numbers are unsettling. Nobody really knows if the "stimulus" is going to work to turn around the economy. Terrorism has not been contained, even though we are fighting wars in two different places. We still haven't cured cancer or eliminated heart disease. Why, even Major League Baseball attendance is down 5.3%.

I'm really not suggesting that anyone take lightly the things that are causing so much pain. I'm just offering the idea for you to consider that we may be making things a whole lot worse than they have to be by abandoning optimism. The American people have been known for our optimism, can-do attitude, and willingness to dream big dreams. It would be a mistake to make worry the national pastime (over baseball) or let future generations say that Americans in the twenty-first century came to be known for their anxiety (above optimism).

Harvard psychologist Daniel Gilbert cited a Dutch experiment in a recent New York Times article. Test subjects were told they would receive an "intense" shock 20 times. Other participants were informed that only three of their 20 shocks would be intense. Subjects facing mostly mild shocks actually sweated more and had faster heart rates than the others. Gilbert opined: "People feel worse when something bad might occur than when something bad will occur."

If he is even close to correct, the Chicken Littles of today's world who go around clucking the line that today's bad times are only destined to get worse are only exacerbating their pain and contributing nothing to making things better.

"An optimist sees the opportunity in every difficulty."
For all the stuff you and I can whine about this week, I think we would both be smarter to look for something we can affirm and to live a bit more positively.

Moreover, when God gives people wealth and possessions, and the ability to enjoy them, to accept their lot and be happy in their toil — this is a gift of God (Ecclesiastes 5:19 TNIV).

"Don't Abandon Optimism" by Rubel Shelly is licensed under a Creative Commons License. Heartlight encourages you to share this material with others in church bulletins, personal emails, and other non-commercial uses. Please see our Usage Guidelines for more information.