Just Part of the Job

A brain injury and a call for the maintenance man? 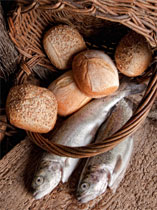 by Rubel Shelly (06/01/2009) | Leading in Hope
A resourceful doctor in rural Australia saved a boy's life with a handyman's power drill a couple of weeks ago. Hailed as a hero when the story broke globally, he reacted modestly. "It was not a personal achievement," he said. "It is just a part of the job, and I had a very good team of people helping me."

Dr. Rob Carson diagnosed a 12-year-old boy brought to a small hospital's emergency room with a soon-to-be-fatal brain bleed. Nicholas Rossi had been riding his bike and took a fall. His mother, a nurse, realized the bump on his head could be serious and insisted on taking him to the hospital. By the time they arrived, Nicholas was already slipping in and out of consciousness.

Dr. Carson made the correct call on what was happening and knew he had a very short time to take decisive action. He made two decisions. First, he sent to the maintenance room for a drill, for the rural hospital didn't have sophisticated neurosurgical tools. Second, he called a neurosurgeon in Melbourne to ask help with his dilemma. With an ordinary household drill in hand, he followed the specialist's guidance through a procedure that worked flawlessly.

"General practitioners in country towns do procedures all the time," said Dr. Carson. But a father's reaction to that modest take on what happened was very different. "He saved our son's life!" declared Michael Rossi.

Nicholas was released from the Melbourne hospital to which he was later transferred on May 19. The date is significant because it was his 13th birthday.

Some of us would do well to follow the good doctor's example and learn to be a bit more clever, gutsy, and inventive in our lives. Are you a sales person who sits for long periods waiting to see clients? Keep a Bible or some other good book with you to read instead of old magazines. Are you a commuter? Rent a book on tape as an alternative to radio trivia. Can't afford a week at the beach with your family? Explore interesting places within an hour from home.

People took what was at hand and put it into God's hands!
Has the tough economy challenged your company's customary client base? Has illness altered the way your family functions? Has the community around your church changed radically over the past few years? Every challenge is a disguised opportunity for creative adaptation and productive learning.

Gideon used clay jars and trumpets to rout an army. Samson used the jawbone from a donkey's carcass to defeat his enemies. Jesus used a little boy's sack lunch of bread and dried fish to feed thousands. In these biblical episodes, people took what was at hand and put it into God's hands — with amazing outcomes.

Creativity often comes not from seeing the light but from feeling the heat. Maybe it will be that way with the challenge you are facing today. Your task is not to guarantee outcomes with certainty but to address problems with courage.

"Just Part of the Job" by Rubel Shelly is licensed under a Creative Commons License. Heartlight encourages you to share this material with others in church bulletins, personal emails, and other non-commercial uses. Please see our Usage Guidelines for more information.