Where in the world did she come from? 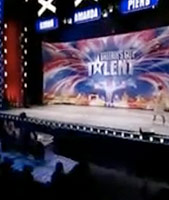 by Rubel Shelly (04/25/2009) | Leading in Hope
TV personality Simon Cowell and the Old Testament prophet Samuel may or may not be related. But they have something in common. And before you think I am being too unkind about their similar blunders, I will quickly confess my own tendency to commit the same error of judgment.

Perhaps you remember Samuel's reaction to the various sons of Jesse who were brought before him. Yahweh had told him Israel's next king would be in the number, and Samuel thought he spotted him in Eliab — a man with commanding presence. But the Lord restrained Samuel from anointing him.

Samuel had gone through the lot of them without a signal that a royal person was in view. Ah, but there was one more. And when a young David was standing before him, he may have thought his trip had been wasted. Then the Lord signaled to Samuel that David was the one to anoint as the nation's next leader. Not Eliab, but David. Not the tall, commanding man; but the young, ruddy lad. Remember God's words to Samuel:

Do not consider his appearance or his height, for I have rejected him. The LORD does not look at the things human beings look at. People look at the outward appearance, but the LORD looks at the heart (1 Samuel 16:7 TNIV).

Simon Cowell is not only a judge on "American Idol," but also for a sister English program called "Britain's Got Talent." He was unimpressed with a frumpy and unattractive 47-year-old Scottish woman who walked onstage. Her hair was gray, thin, and un-styled. She is overweight. It turns out that she was the last of nine children, had been deemed "slow" by her teachers, and had spent the bulk of her adult life taking care of aged and sick parents.

Susan Boyle explained that her dream was to be a professional singer. A studio audience alternately groaned or giggled at her naïve aspiration. Everybody appeared ready to let her embarrass herself and leave the stage — so someone with real talent might emerge from the wings. Then she must have made people who know music groan when she said she was going to sing a famous piece from Les Miserables. Oh, you just knew it was going to be a disaster!

May the rest of us be reminded again not to judge books by their covers!
Then came the moment. This unremarkable and nondescript woman who has never been married — who says she has never even been kissed! — opened her mouth to sing. And did she ever. Within the first few bars of "I Dreamed a Dream," people who had laughed were either speechless or on their feet to cheer! Simon Cowell was wide-eyed and enthralled. Her performance is almost certain to guarantee the career and success that have been her unlikely dream for all these years. Karaoke behind her now, may she be a phenomenal success!

And may the rest of us be reminded again not to judge books by their covers, not to be so dismissive of the dreams of our children, or so prone to capitulate to the incredulity or jeers of others toward our own aspirations.

If you are one of those who hasn't seen the video, please go to http://www.youtube.com/watch?v=9lp0IWv8QZY. Watch. Listen. Feel the lump in your throat and the goose bumps on your arms.

The next time you are tempted to judge by sight, let this be your warning.

"Simon's Mistaken Judgement" by Rubel Shelly is licensed under a Creative Commons License. Heartlight encourages you to share this material with others in church bulletins, personal emails, and other non-commercial uses. Please see our Usage Guidelines for more information.