Would Timothy make it, and if he did, would he be faithful? 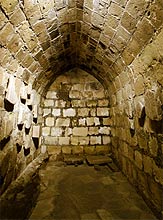 by Phil Ware (03/16/2009) | Two Minute Meditations
The cell is dark and dank. The odor is unspeakable, seasoned as it is from unwashed humanity stacked like cord wood in a tiny cell. The fowl body odor is punctuated with the awful smell of human waste and urine. Very little light filters down into the place where Timothy is imprisoned. He hears distant footfalls as the jailer comes down the stone stairway, opens the outer jail door, then slams it closed again. Someone re-locks it from the other side.

Will he be released? Will he be executed? Does he have a visitor? Is this just more moldy bread in lukewarm slop? Is he going to be beaten? Will he be moved? Or are they coming for one of his many cell mates?

A thousand thoughts jam Timothy's adrenaline-juiced brain as his body tenses instinctively with the flight or fight reflex. It's amazing what you can remember and imagine in such circumstances. Flashes of his mentor's first visit to his home city of Lystra fire in his brain. The apostle Paul preaches and heals a lame man while preaching. The young Timothy is amazed. At first, the crowd wants to treat him like a god. Then, when Paul won't bow to their adulation, the crowd turns on him. They are further stirred by out-of-towners who hate Paul. Soon, mob rule takes over. Paul is taken outside town, publicly stoned, and left for dead.

This was done on the outskirts of Lystra, Tim's home town. He had seen it. So when Paul had selected Timothy to go on the next missionary journey not that many months later, Timothy harbored no illusions about the challenges and dangers he would face. Lois and Eunice, Tim's grandmother and mother, clearly knew the dreadful possibilities he faced as he walked down the road and out of sight with Paul to serve the Lord Jesus (Acts 14:19-20;  Acts 16:1-3).

Timothy was brought back to the moment by the sounds of sandals slapping on stone as they came down the hallway toward his cell. Timothy remembered Paul's strong doses of "Get after it boy!" (1 Timothy 4:12). Phrases fired in his brain like, "Fan into flame the gift you have received ..." (2 Timothy 1:6-7) and "Don't be ashamed of me or of the gospel" (2 Timothy 1:8) and "Speak the truth whether it's popular or not, because bad times are coming ..." (2 Timothy 4:1-4, all verses paraphrased). Boy was Paul right ... bad times are coming ....

As the guard clattered the keys at his cell door, not knowing if they were coming for him or one of the others, Tim flashed to a conversation with the venerable Doctor Luke. Doc had shared some of his historical research on the first days of the church in Jerusalem as they traveled with the apostle Paul. What stuck in Tim's mind now, a true gift of grace and courage from the Holy Spirit, were two phrases by Peter and John when they were warned and beaten for speaking about Jesus:

"Whether it's right in God's eyes to listen to you rather than to God, you decide. As for us, there's no question — we can't keep quiet about what we've seen and heard" (Acts 4:19-20 MSG).

The apostles went out of the High Council overjoyed because they had been given the honor of being dishonored on account of the Name (Acts 5:41 MSG).

Overjoyed? Honor? Yes! Timothy was resolute. He would honor Christ in this moment, no matter what.

As the cell door opened, the guard coarsely snapped, "Prisoner Timotheous of Lystra, get your sorry carcass out of here, you are free to go. The rest of you slime bags stay back from the door or deal with the business end of my spear!" (Hebrews 13:23). And Timothy did leave ... not to hide or return to the safety of Lystra and home, but he returned to the risk and to the road to share the story of Jesus ... no matter the cost.

As his mentor declared, so Timothy would live:

That is why I am suffering as I am. Yet this is no cause for shame, because I know whom I have believed, and am convinced that he is able to guard what I have entrusted to him until that day (2 Timothy 1:12).

We live in a time of growing hostility to the Gospel of Jesus — pending U.N. resolutions to make sharing our faith illegal in any country in the world, legislation in the USA hostile to churches and religious non-profits, a hostile press, growing world persecution of believers, and a wave of public sentiment against Christianity in the culture.

So how are followers of Jesus going to live in such times? Fear? Hiding? Public whining? Combatant hostility?

Look at the following Scriptures and then make a short summary statement of your convictions on how you are going to live! Of course I'd love to have you post them on my blog, The Phil Files, but whether you do that or not, please take the time to consciously write out your own commitment for how you are going to live in these times. If we are honest, these times have been with us for more than a decade or two, but we have simply forgotten the call to radical discipleship and our responsibility to be salt and light in a world of decay and darkness. So here are a couple of places I'm starting and asking you to join me.

He returned to the risk and to the road to share the story of Jesus.

How to live before a growingly hostile world is an issue addressed repeatedly in the New Testament. I would encourage you to read through the book of 1 Peter, but the following principles are taken from one central passage in this letter (1 Peter 3:9-16). In a hostile environment where our faith is not appreciated, Peter outlines several guidelines consistent with the rest of his letter:

So what does that say about how you need to live?

Where do you need to change your focus, your lifestyle to impact those who do not know Christ and especially those who oppose Christians?

How can we help each other live without fear and with the integrity needed to display God's character and compassion? 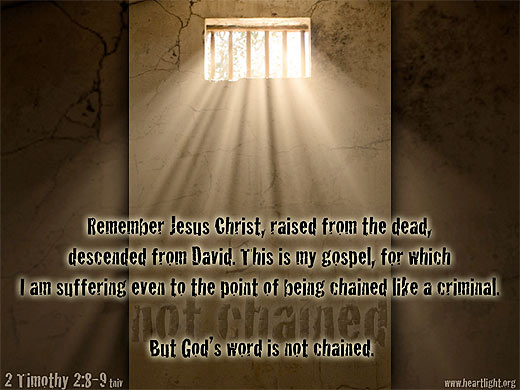 Click for whole image set that can be downloaded for free from Heartlight.org

"Last Thoughts or Long Commitments?" by Phil Ware is licensed under a Creative Commons License. Heartlight encourages you to share this material with others in church bulletins, personal emails, and other non-commercial uses. Please see our Usage Guidelines for more information.