What's all this religious stuff about, anyway? 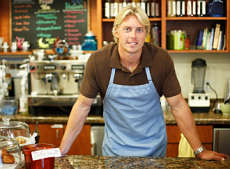 We talked a long time about God and love and grace and forgiveness. It was our last conversation; 48 hours later Jim punched his transfer from this life to the next.

But, the conversation has lingered in my mind. Since that day I've had numerous discussions about what God is like and if any body is good enough. One friend put it this way, "It seems to me that God just sits up there in heaven and punishes the people who are already having a tough time on this earth." Another told me, "I think God is power and he uses his power to dominate others. Just look at the Old Testament. He was always angry at somebody, usually his own people." A stranger at Starbucks added, "And, how about those Ten Commandments ... they're impossible requirements, no wonder he never blesses anyone. No one is good enough."

In the verses before the Ten Commandments, before God gives any commandments, he introduces himself as the God who loves Israel. He wants the best for them. God didn't sit in heaven making a list of all the things he knows human beings like to do and then outlawing them. But, he knows us really well. He made us. His desire was to bless us and to call us to reflect his character and compassion. This is where the Ten Commandments come from.

My response to the stranger at Starbucks? "I think God is saying I am the God who loves you. I'm on your side. I got you out of slavery. I'm the best deal you've got going. Trust me. Don't steal. Don't lie. Don't abandon me. Don't commit adultery, because if you do, it will unleash destructive power that will slowly overshadow you, destroying you, your families and your society. Trust me. Don't be stupid."

Truth is, from the beginning God has known that we have to see love, to know what it's like ... so he sent Jesus to live here and show us how to love and forgive.

For God so loved the world, that he gave his only Son, that whoever believes in him should not perish but have eternal life [beginning right now]. For God did not send his Son into the world to condemn the world, but in order that the world might be saved through him (John 3:16-17 ESV, comment added by author).

We are followers of Jesus and Jesus invested in people ... all kinds of ordinary people. They followed him day and night. They gathered on the hillside to listen and marvel — the oppressed, the sick, the outcast, the losers, the lonely and the powerless. They had been denied dignity, value, and hope. He looked into the eyes of friends and strangers alike and announced, "The kingdom of God belongs to YOU!"

They were blessed, not because of their condition, but in spite of it. The discounted and excluded were shocked and stunned.

"Did you hear that?"

Rather than telling them how they'd failed, he declared: "You are the salt of the earth."

"But Jesus, we've been told we are the scum of the earth."

"You are the light of the world."

"That's Good News!" by Ron Rose is licensed under a Creative Commons License. Heartlight encourages you to share this material with others in church bulletins, personal emails, and other non-commercial uses. Please see our Usage Guidelines for more information.