So who is Jesus to you? 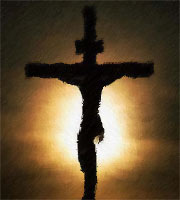 Then the big reversal happens and everything changes! The friendship becomes more and before you know it, you start talking about wedding dates and rings. The person you can't stand ends up being very different than your first impression and you become lasting friends. The place you said you would never return to suddenly becomes the place God makes clear is the place you are suppose to go. The lemon you bought from a certain car company is replaced a decade later by a newer and much more highly rated model. And before you know it, those things you promised you would never say to your kids that your mom and dad said to you ... yeah, they suddenly make more sense to you and you end up hearing them coming out of your mouth and targeted at your children.

The big reversal hit a fellow by the name of Saul of Tarsus — the guy we better know as Paul the apostle to the nations. His big reversal had to do with what he thought of Jesus.

Not much nuance in that statement. None was intended. Paul was certain of his position and passionate in his pursuit to defend it. Jesus wasn't a nice teacher of Judaism, nor was he a harmless carpenter from Galilee. Jesus wasn't a deluded religious leader from the north, nor was he a political force to be reckoned with.

I thank Christ Jesus our Lord, who has given me strength, that he considered me trustworthy, appointing me to his service. Even though I was once a blasphemer and a persecutor and a violent man, I was shown mercy because I acted in ignorance and unbelief (2 Timothy 1:12-13 TNIV).

"He's everything to me!" That was Paul's new position. He says it in all sorts of different ways, but maybe his most articulate and impacting statement about Jesus is this:

The Son is the image of the invisible God, the firstborn over all creation.
For in him all things were created: things in heaven and on earth, visible and invisible, whether thrones or powers or rulers or authorities; all things have been created through him and for him.
He is before all things, and in him all things hold together.
And he is the head of the body, the church; he is the beginning and the firstborn from among the dead, so that in everything he might have the supremacy.
For God was pleased to have all his fullness dwell in him, and through him to reconcile to himself all things, whether things on earth or things in heaven, by making peace through his blood, shed on the cross. Once you were alienated from God and were enemies in your minds because of your evil behavior. But now he has reconciled you by Christ's physical body through death to present you holy in his sight, without blemish and free from accusation — if you continue in your faith, established and firm, and do not move from the hope held out in the gospel. This is the gospel that you heard and that has been proclaimed to every creature under heaven, and of which I, Paul, have become a servant (Colossians 1:15-23).

"He is everything to me!"

Who is Jesus to you?
That's Paul's final position. His life was dedicated to proclaiming Jesus and helping folks find the goal of their life in Jesus (Colossians 1:28-29). He was convinced that when his life was over, he would go to be with Jesus (Philippians 1:19-24). Then at God's special moment, this Jesus will return and bring with him everyone who belongs to him and they will share in his glorious presence together (1 Thessalonians 4:13-18). Or as Paul puts it, "When Christ, who is your life, appears, then you also will appear with him in glory" (Colossians 3:4).

Who is Jesus to you?

Have you made the big reversal in regard to who he is in your life?

Has your understanding of who Jesus is changed over the years?

I'd love to hear from you about this on my blog:
http://www.heartlight.org/thephilfiles/2008/08/30/who-is-jesuswho-is-jesus/

"Big Reversal" by Phil Ware is licensed under a Creative Commons License. Heartlight encourages you to share this material with others in church bulletins, personal emails, and other non-commercial uses. Please see our Usage Guidelines for more information.