Why do we trade our Lord in for our lists? 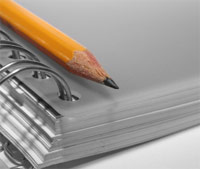 Then some Pharisees and scribes came to Jesus from Jerusalem and said, "Why do Your disciples break the tradition of the elders? For they do not wash their hands when they eat bread."And He answered and said to them, "Why do you yourselves transgress the commandment of God for the sake of your tradition? (Matthew 15:1-3 NASB)

There's something comfortable about reducing Christianity to a list of do's and don'ts, whether your list comes from mindless fundamentalism or mindless liberalism: you always know where you stand, and this helps reduce anxiety. Do's-and-don'ts-ism has the advantage that you don't need wisdom. You don't have to think subtly or make hard choices. You don't have to relate personally to a demanding and loving Lord. (Robert C. Roberts in The Reformed Journal [Feb. 1987], quoted in Christianity Today, Vol. 31, no. 9.)

If your faith is only the practice of a list of do's and don't's, you are cheating yourself out of what really counts — a relationship with Jesus Christ and the Father, himself. Those who are caught up in that never-ending, never-succeeding list keeping, are quite often frustrated, unhappy, and overly critical of themselves and others.

God wants us to obey his will!
Nobody is suggesting that God has nothing to say about human behavior. If you read your Bible closely, you'll discover that God is very concerned that we do some things and that we don't do some others. Failure to do (or not do, as the case may be) is the simple definition of sin. Years ago, we heard a lot about sins of "omission" and sins of "commission." Essentially, they were sins of failing to do what we were supposed to do, or doing what we ought not to do. So, if you think anybody is saying God doesn't care about what you do (or don't do) you're mistaken.

It's just that people can get so hung up on lists of do's and don't's that they miss the whole thing about faith in Jesus Christ. Get into a conversation about salvation and you may hear what I'm talking about. When the conversation focuses more on what we must do to be saved instead of what God has done to save us, you might be hearing evidence of a list-keeper, not a believer. I know that sounds harsh, but at some point we must deal with this issue.

For too long, some have put such emphasis on our obedience to what God wants us to do that they have simply misplaced responsibility for salvation. To hear some talk, salvation is mostly accomplished by their obedience. Oh, yeah, sure, there was Jesus, but it's almost as if Jesus is an afterthought, that he needed our help because he couldn't quite get it done himself.

Does God want us to obey his will? Yes, he does. That said, faith isn't about list-keeping: it's about believing in, and trusting, the person of Jesus Christ. It's about seeing his death on the cross as the singular forgiveness event of all time. It's about seeing his resurrection from the dead as the declaration that death has lost its grip on humankind and life reigns. It's about loving God and responding to His free-gift of grace and unabashed mercy. It's recognizing no merit in ourselves, while basking in the merit of our Savior. [Editors note: See 1 Corinthians 15 and  Romans 6 for the Biblical declaration of these points!] List-keepers will never appreciate these things.

"The Failure of List-keeping" by Bill Denton is licensed under a Creative Commons License. Heartlight encourages you to share this material with others in church bulletins, personal emails, and other non-commercial uses. Please see our Usage Guidelines for more information.