Making the Best of It

How do you handle hard times? 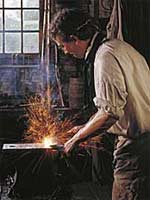 by Mike Barres (05/31/2007) | Special Features
How often do things turn out differently than we had hoped?

How often do we find ourselves in a situation that we don't like, and we are disappointed that it turned out the way that it did?

Paul mentions in Philippians how being in jail had actually worked to further the spread of the gospel:

And I want you to know, dear brothers and sisters, that everything that has happened to me here has helped to spread the Good News. For everyone here, including all the soldiers in the palace guard, knows that I am in chains because of Christ. And because of my imprisonment, many of the Christians here have gained confidence and become more bold in telling others about Christ. (Philippians 1:12-14 NKJV)

The Lord exalted him to a high position and helped many people!
Paul's attitude of "making the best of it," not only allowed him to minister and witness, but it also was an encouraging example for others. Wouldn't it be great, if we could be like that? We can!

Joseph also "made the best" of a bad situation and saw God's hand in it. Even though he had been deserted, sold in to slavery, falsely accused and put in jail, Joseph "made the best of it," and kept on trusting God.

The Lord exalted him to a high position and helped many people, including his own family. Speaking to his brothers, Joseph says, "But as for you, you meant evil against me; but God meant it for good, in order to bring it about as it is this day, to save many people alive" (Genesis 50:20).

The next time you find yourself in a difficult situation resist having a "pity party" and feeling sorry for yourself. Like Paul and Joseph, "make the best of it." Maybe God is doing something that you don't see at the time. Perhaps the way you handle it could be an encouragement to those who observe you. Who knows, God may be using your time of trial to prepare the way to be a blessing to many more people than you could ever know. "Make the best of it" and watch God work.

"Making the Best of It" by Mike Barres is licensed under a Creative Commons License. Heartlight encourages you to share this material with others in church bulletins, personal emails, and other non-commercial uses. Please see our Usage Guidelines for more information.