Have you found out what is truly amazing this time of year? 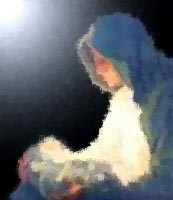 He tells about a minister friend of his who is battling with his fifteen year old daughter. This anguished father knows his daughter is using birth control. For several nights, she has not come home. Her parents have tried every form of discipline. Nothing has seemed to work.

One night, late, waiting for her, the father was so angry! "Yet," he said, "when my daughter came home early the next morning, I wanted nothing but to take her in my arms and love her. I was a helpless, love-sick father."

Does that ring a bell with you? ... a love-sick Father! That's what our Father is. He sent his Son Jesus, so we could understand that it is not our goodness that draws us close to him, but it is his love that transforms our lives. He welcomes us home at any time and he loves us with a fervent, steadfast love.

This is good news ... and amazing grace ... and what Jesus' coming to earth is all about!

This is good news!

He [Jesus] was in the world, and the world came into being through him; yet the world did not know him. He came to what was his own, and his own people did not accept him. But to all who received him, who believed in his name, he gave power to become children of God, who were born, not of blood or of the will of the flesh or of the will of man, but of God. And the Word became flesh and lived among us, and we have seen his glory, the glory as of a father's only son, full of grace and truth. (John 1:10-14 NRS)

"Amazing Grace" by Randy Becton is licensed under a Creative Commons License. Heartlight encourages you to share this material with others in church bulletins, personal emails, and other non-commercial uses. Please see our Usage Guidelines for more information.