How do you view your church leaders? 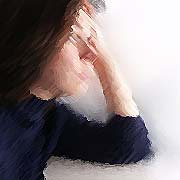 We were very gentle with you. We were like a mother caring for her little children. We loved you very much. So we were happy to share God’s Good News with you; but not only that—we were also happy to share even our own lives with you. (1 Thessalonians 2:7-9 ERV)

Wednesday had been a long day. I began early in the morning with a friend in ministry who had been unexpectedly fired. He wasn't told why. His firing took about five minutes. His church had more than doubled in six years. He was stunned and hurt, yet careful not bash the church.

This encounter set the tone for the whole exhausting day. I was glad the day was about over. We were just a few minutes away from our weekly worship re-charge. We call it H.I.P. — High Impact Praise — our Wednesday evening praise service. I desperately needed it. Donna did, too. She had worked at preparing our weekly church dinner and I was working right up until the service began. I didn't have anything to do on the schedule this night, so I was going to get to sit with her and we were going to enjoy worshipping together.

Shortly before I arrived, someone came up to Donna and said, "I don't care what you say. I don't like ... If Phil ever does ... I'll be the first in line to get him fired."

Someone we love said this to her in front of a fairly large group of people. It came from left field. She had no idea it was coming. She had just hugged this person. It was crushing. It broke her heart. Someone we valued and admired ripped her heart out. In a few quick words, she was reminded that we weren't really friends in this person's eyes, just personalities.

You see, a real friend is a person you love. You confront them when they are wrong, but in love and with an open heart. You defend them until you are shown they are wrong. This person apparently viewed each of us as only a personality filling a role. We could be easily discarded as enemies if we took the wrong side of that person's hot issue. Wow, that really hurts! What made this sting even worse was that we had recently heard about some folks from the place we had previously served for twenty-two years who had said similar things.

Now granted, there are times when dramatic actions need to be taken to deal with blatant and repeated sin issues by church leaders — stealing funds, sexual immorality, dishonesty, denying the divinity of Christ, etc. This was not one of those issues. In fact, those in ministry who do get involved in those kinds of issues often survive their repeated transgressions because they are willing to play the game and fill a role while willing to be no more than a personality. This is often the game that's played in religious organizations.

I want to be clear: I'm not sharing this because it is some unusual thing or that we are somehow horribly mistreated. You don't need to feel sorry for us. We go to church with good folks who are willing to work hard for the Lord. We love these people more every day. We've been profoundly blessed over the years to have worked with great churches and good people over long tenures. This is a large church and we are generally treated well. However, the vast majority of people in ministry don't have those kinds of blessings, yet they have the same kind of hurtful experiences ... and often have them more frequently than those in big church leadership positions.

Now before you get too smug about this never happening in your church, be forewarned! This kind of thing happens in just about every kind and size of church. Those on the front lines of church ministry deal with it regularly. This kind of thing is one of the reasons that half of those who start ministry don't survive past their first church experience and why many finally get tired and get out of full-time church ministry before they reach the age of fifty.

So what are we to do about this?

This person viewed each of us as only a personality.
Here are a couple of thoughts I want to throw out there and see if you all have some you'd like to add. (Send your responses to phil@heartlight.org and let me know if we can share them.)

First, we've got to move from the concept of church leader as a personality to fill a role to church leader as a person with whom we partner. As long as church leaders are looked upon as only personalities — warm bodies of talent to fill a role — then we don't have to genuinely love them as people. That leader's value is determined by how well his performance compares with others who fill similar roles. Our satisfaction with the leader is often determined by how well they agree with us on our issues. But when that leader does or says something we don't like, then we can replace that person much like we would a battery in a flashlight or a light bulb in a lamp. There might be some inconvenience and cost, but at least we haven't lost a friend. Clearly, this personality approach is wrong and harmful to all involved.

Second, those who lead in ministry must seek genuine relationships with people they lead. They must be encouraged to make friends among the people they serve. Somehow we've got to escape the notion that those in ministry can't have close friends where they serve because others will be jealous or feel left out. Playing favorites is wrong, but to expect church leaders to only have close friends outside the church family they serve is not only sick, it is ungodly. Look at the language of the apostle Paul at the beginning and ending of his letters and imagine what he would have said about such a ridiculous notion.

Third, we must encourage longer partnerships between church leaders and churches. The most fruitful years of most church leaders' ministries occur after that person has served at least five years in the same place. This is not because the leader has taken over the power structure, but because people's trust has been won. In so many religious traditions, church leaders move every two or three years. This allows folks to maintain the erroneous notion that they will one day find their perfect leader. The truth is, if they haven't discovered that Jesus IS their only perfect leader and that his way of dealing with people must be their example, then they will continue the revolving door of leaders. This cripples churches and breaks church leaders. It also prevents both the leaders and the churches from dealing with the reality that we are all broken people needing grace and forgiveness ... from each other.

Fourth, put together prayer support teams for every one of your church leaders. Some mending of broken hearts, some comfort from previous hurts, and all true strength to do ministry comes from the Spirit of God. Pray for your leaders to walk in God's strength, experience God's comfort, and be aware of God's presence. Pray for God to bless and protect your leaders' families and ministries. Pray for their integrity and holiness.

Look around your church and think about your leaders. The vast majority of them love the Lord and the Lord's people with deep devotion. Most spend far more hours serving than the average church person could ever imagine. Many of them have put their lives at risk to help those in trouble or in need. And yes, despite having to have thick skins to survive, they also generally have tender hearts that need to know they are loved as people and not simply because they are the current personality that fills a ministry role ... until they fall out of favor and you are the first to stand in line to have them fired.

"Personality or Person?" by Phil Ware is licensed under a Creative Commons License. Heartlight encourages you to share this material with others in church bulletins, personal emails, and other non-commercial uses. Please see our Usage Guidelines for more information.